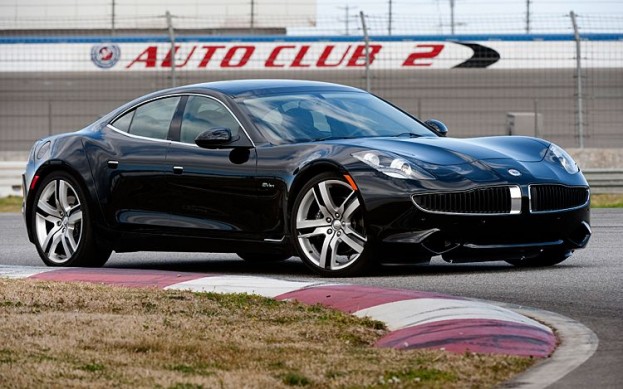 Fisker Automotive, the manufacturer of luxury hybrids and EVs, has been on the radar of investors recently as it continues to negotiate a merger deal with Spartan Energy (NYSE:SPAQ) – a Special Purpose Acquisition Company (SPAC). Today, the EV maker has received a fresh jolt of interest amid reports that it is in advanced talks with Extreme E for a racing series partnership.

Should these talks succeed, Fisker will become the first EV manufacturer to enter into a series partnership, joining the likes of Chip Ganassi Racing, Andretti Autoport, HWA, Venturi, Abt Sportsline, Veloce, and QEV Technologies. The deal would entail commercial sponsorship of the teams as well as an opportunity for the Fisker automobiles to compete in the racing events.

Alejandro Agag, the founder and Chief Executive of Extreme E, said on this occasion:

“We feel thrilled at the prospect of having Fisker Inc., a pure EV manufacturer, join Extreme E for the start of the first championship. Creating the world’s most sustainable racing series is the perfect launch platform for their new Ocean SUV as well as providing a challenging testing environment for product durability.”

Readers should remember that the racing series will launch in early 2021 and aims to shed a spotlight on human-induced climate change by racing in extreme locations across the world.

The Chairman and CEO of Fisker, Henrik Fisker, cited this rationale behind the racing series as a key impetus for the company’s move, adding that “Extreme E and Fisker Inc. are completely aligned in our missions and values”.

Bear in mind that Extreme E racing will witness electric SUVs competing against one another on brutal terrains, including the Arctic, desert, coastal, and rainforest tracks. In doing so, the racing events aim to raise awareness about climate change.

The inaugural event for the series is set to take place in the coastal region of Senegal from 23rd to 24th of January 2021. This will be followed by racing in X-Prix in Saudi Arabia, Nepal, Greenland, and Brazil. Extreme E racing will allow Fisker to put its EVs and technology to the ultimate test, thereby, paving an accelerated pathway toward innovation.

As a refresher, Fisker intimated via a press statement on the 13th of July that it has entered into a definitive merger agreement with Spartan Energy Acquisition Corp. Should this agreement achieve closure, Fisker will become a subsidiary of Spartan Energy.

Bear in mind that a Special Purpose Acquisition Company (SPAC) is formed for the sole purpose of raising capital through an IPO and then to channel these IPO proceeds into acquiring an existing company. If the SPAC fails to acquire its target within the stipulated timeframe, the money is returned to the investors and the entity is disbanded. It is often convenient for SMEs to list via a SPAC due to lower costs, an attractive selling price premium, and a faster overall process. Recently, Nikola Motors made waves when it became a wholly-owned subsidiary of VectoIQ (VTIQ), a SPAC. As a result of this acquisition, Nikola debuted on the NASDAQ in June under a new symbol – NKLA.

Since Spartan Energy is a SPAC, its acquisition of Fisker will allow the EV manufacturer to access the capital markets in an indirect fashion. Bear in mind that Spartan Energy is being sponsored by an affiliate of Apollo Global Management Inc. (NYSE:APO).

The entire agreement is worth around $2.9 billion and the transaction will provide over $1 billion in gross proceeds to the company, including a $500 million PIPE investment that corresponds to common shares being issued at a price of $10. As an additional context, a Private Investment in Public Equity (PIPE) is the purchase of shares of publicly traded stock at a discount to the current market price by institutional investors. The mechanism aims to reward these investors for providing an infusion of liquidity.