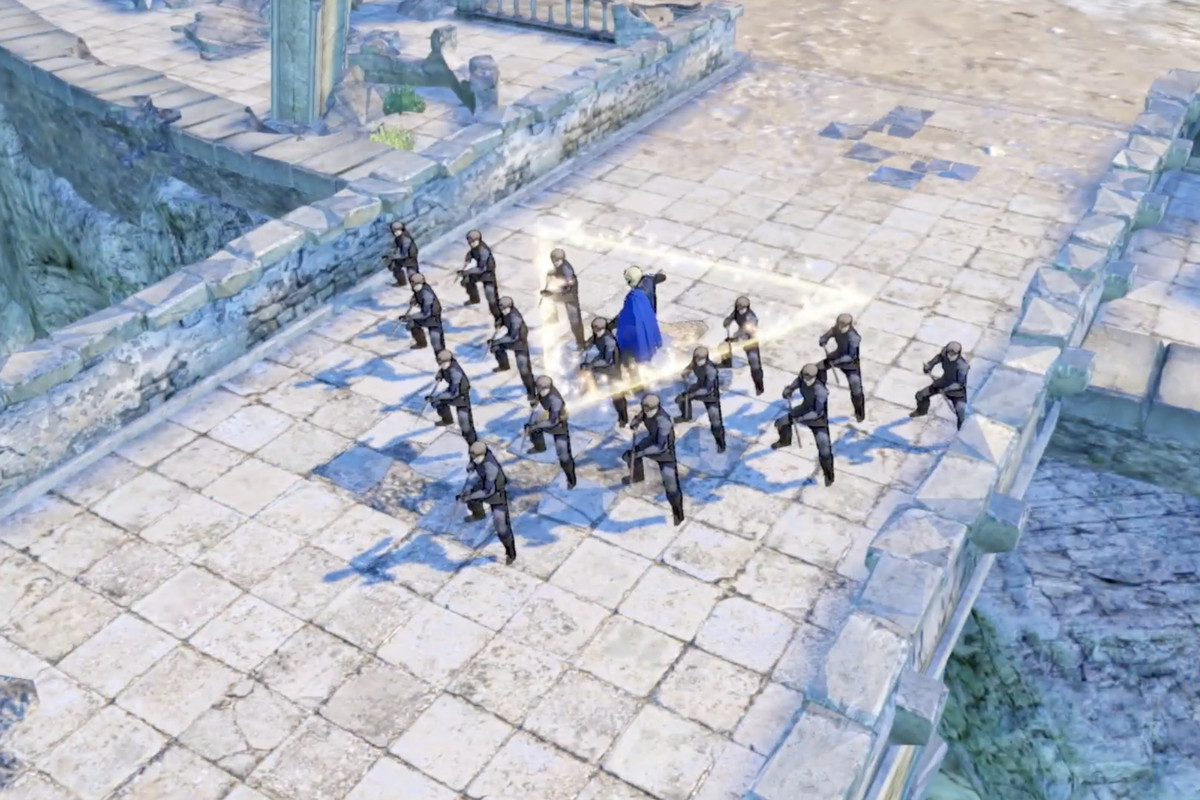 The Fire Emblem Nintendo Switch game that has been announced a while back finally has a name, Fire Emblem Three Houses, and a release window.

Not much is currently known about Fire Emblem Three Houses, other than the fact that the game will look quite spectacular, with single units being followed in battle by several soldiers. The art style will also be closer than ever to the animated style seen in cutscenes.

A brand-new Fire Emblem game with a new story and characters is coming to Nintendo Switch. The game takes place on Fódlan, where the Church of Seiros exercises great power over the land and its people. This turn-based tactical RPG will put new strategic twists on battling, with formations of troops supporting individual units on the battlefield. Do you have what it takes to survive and conquer in this brand-new Fire Emblem game? Fire Emblem Three Houses is available Spring 2019!

Fire Emblem Three Houses launches on Nintendo Switch sometime next Spring. We will keep you updated on the game as soon as more come in on it, so stay tuned for all the latest news.

Fire Emblem: Three Houses Cindered Shadows Will Take Around 10 Hours to Complete; Will Be Challenging