Final Fantasy XV Windows Edition Demo Releases Next Week; Half-Life Cosmetic Pack For Those Who Purchase Before May 1st 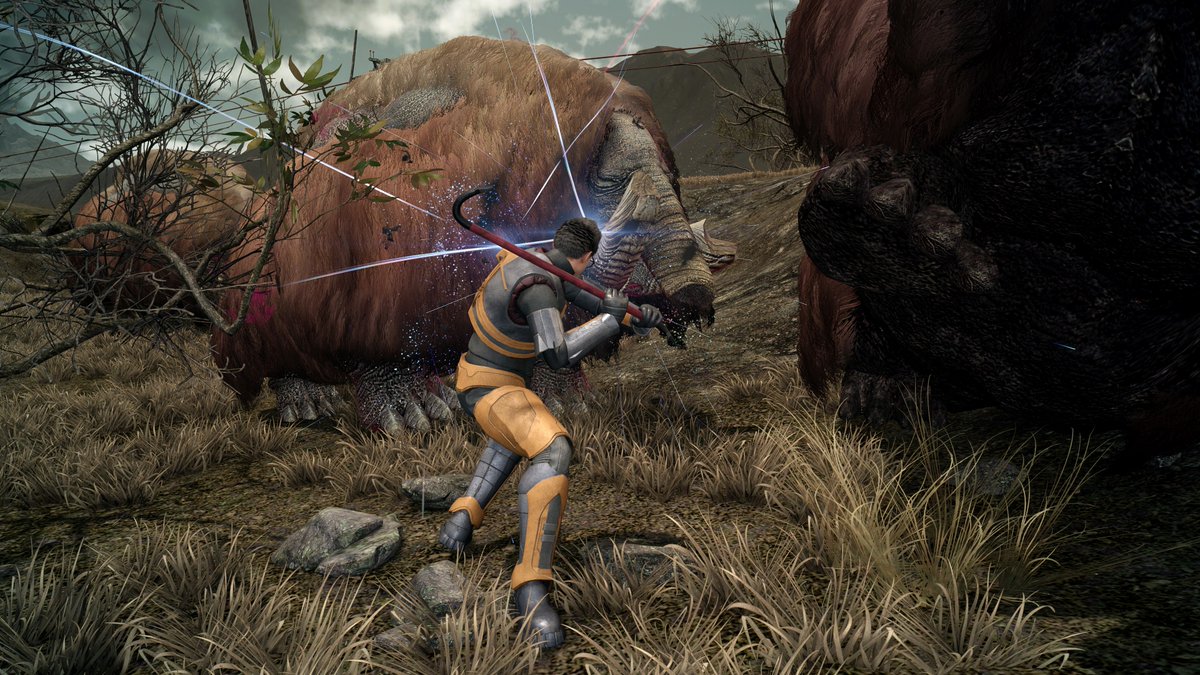 Square Enix has announced that a Final Fantasy XV Windows Edition demo will be released next week on February 26th.

“It will be available on your digital platform of choice (Steam, Origin and/or Microsoft Store) and will contain the entirety of Chapter 1”, the Square Enix website reads. “Not only will you be able to fully explore the tutorial and enjoy the opening main quests but you will also be able to test your PC to see how well FFXV Windows Edition will run on it and how high you will be able to push the graphics options.” 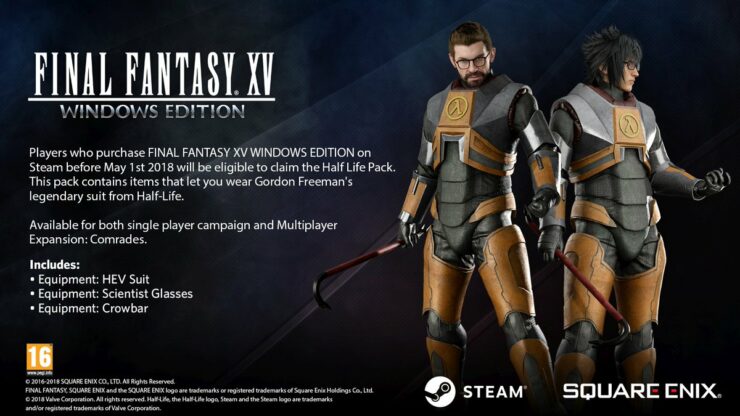 In addition to the demo announcement, the publisher has also announced that a Half-Life cosmetic pack for both campaign and multiplayer, will be made available for those who purchase the full game before May 1st.

The pack offers an in-game suit for Noctis based on Half-Life’s Gordon Freeman. In addition to being available for the game’s single-player mode, players will also be able to use the costume in the Final Fantasy XV comrades multiplayer expansion. Included in the Half-Life pack are the following items:

Final Fantasy XV Windows Edition releases next month on March 6, 2018. The game is also available for Xbox One and PlayStation 4. As covered earlier, a post-launch update will enable Windows 10 and Xbox One cross-play for FFXV Multiplayer Expansion: Comrades. Save data from the Windows 10 versions of FFXV Windows Edition is compatible with the Xbox One version of FFXV.

In case you’re curious whether your PC will be able to run FFXV, check out this benchmark tool that Square Enix released earlier this month. Please note that this tool doesn’t include all graphical options included with the full game.