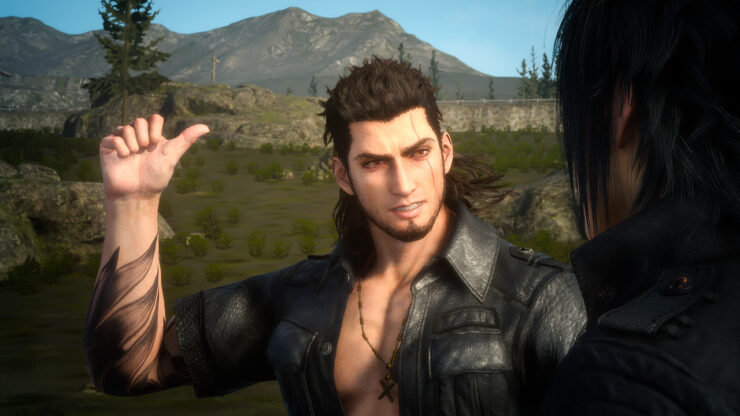 Final Fantasy XV is finally available in all regions on PlayStation 4 and Xbox One, but work on the game is hardly done, as Hajime Tabata and his team are working on future updates as well as DLC packs which will expand the experience considerably. We still don't know much about the content of the game's DLC, outside of the fact that they will focus on Noctis' companions, but today we may have learned something more on the matter.

In a recent video shared by YouTuber Mrhappy, the streamer revealed that he received an untitled Final Fantasy Xv book as part of a care package from the Square Enix London office. In this book, there are details regarding the upcoming DLC packs, which should include brand new areas not available in the game and new bosses. Episode Gladiolus, in particular, will feature a returning boss from previous Final Fantasy games that will make long-time fans of the series happy. The video includes spoilers in the title, so avoid watching it if you don't want to get the name of the returning boss spoiled.

Chris recently reviewed Final Fantasy XV, noting how the game is a true return to form for the series. While the main story is just passable, the four main characters and the world they live make the game a more than worthy play for any long time fan of the series.

Final Fantasy XV is a true return to form for the series. The main story of the game is passable but surpassed by the fantastic tale of Noctis and his three friends, Gladiolus, Prompto, and Ignis. The world they live in, the interconnectivity and just how alive it feels makes for a great game, warts and all.

Final Fantasy XV is now available in all regions for PlayStation 4 and Xbox One.