[Update] The new Final Fantasy XV demo, called the Platinum Demo, is now available for download on both PlayStation 4 and Xbox One. The demo, which won't be part of the final game, will allow players to get Carbuncle in the final release.

[Original Story] In just a few hours, fans of the Final Fantasy series will finally learn when they will be able to enjoy the next entry of the series, Final Fantasy XV, during the Uncovered Final Fantasy XV event. More announcements are expected during the event, and one of them has already been revealed a few minutes ago thanks to a Chinese video. 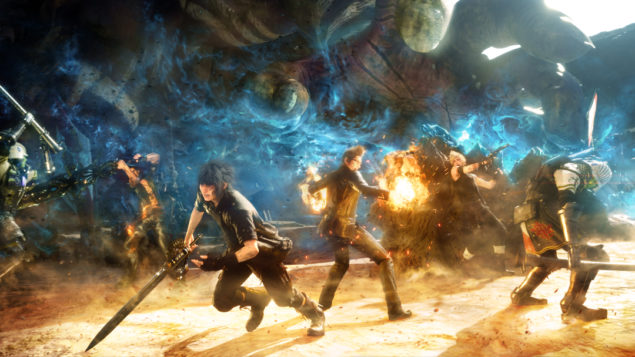 According to the new video, Final Fantasy XV is going to get a new demo where players will get to enter the dream of Young Noctis. You can check out the ad right below.

While the new Final Fantasy XV demo is surely going to get detailed later today, it's already been revealed that it will most likely be released shortly after the event, as a listing has already been spotted on the Chinese Xbox Store. The demo is going to be around 4.5 GB, according to the image circulating online. 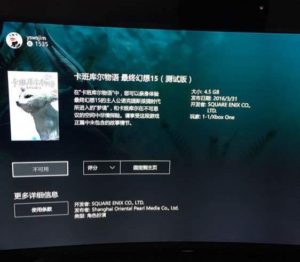 Today's Uncovered Final Fantasy XV event may also confirm the PC release of the game. Two months ago, a dedicated Final Fantasy fan has found mention of the Steam Store in the website's source code, with the code also mentioning a possible PC retail release.

Final Fantasy XV has already received a playable demo, called Episode Duscae, but the demo wasn't available for all, as it was only available to those who have purchased a launch copy of Final Fantasy Type-0 HD. The demo has also received a major update which introduced plenty of changes. Considering how much time has passed since the release of the Episode Duscae 2.0 update, we should expect the new demo to come with plenty of new features.

Final Fantasy XV will launch on a yet to be confirmed 2016 release date on PlayStation 4 and Xbox One. More news on the game's release date will be coming later today, so stay tuned for all the latest news.