Among Square Enix's upcoming big releases, Final Fantasy XV takes the lead as one of the most awaited video games of the decade. First announced 10 years ago at Sony's E3 2006 press conference by the name of Final Fantasy Versus XIII, the game went through several different development challenges and after remaining off the news for some years, it was renamed by the developer as Final Fantasy XV and uninterrupted development was started. Recently, Square Enix presented the game at TGS 2014 and revealed an eight-minute demo showcasing next-gen in-game features. 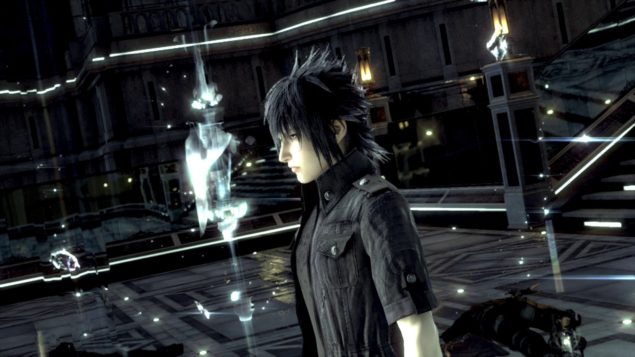 After re-introducing the fifteenth installment in the Final Fantasy series at last year's Electronic Entertainment Expo, Square Enix is now working persistently on Final Fantasy XV, which is expected to launch next year exclusively for the latest PlayStation 4 and Xbox One consoles. The game is being presented at Tokyo Game Show 2014, and a few days ago, the developer released a trailer showcasing the best parts of the game.

Earlier today, Final Fantasy XV director Hajime Tabata showed off direct-feed full HD 1080p eight-minute gameplay demo during a NicoNico stream to make it clear that what was shown in the trailer was not pre-rendered footage, and that the game actually plays as good as the trailer. Showing off some new gameplay mechanics during the demo, the developer also threw some light on the next-gen features, such as rain effects, fire animations, day/night cycle, which have been implemented to graphically enhance the game.

The demonstration gameplay video showcased the same location as the one that was shown in the E3 2014 trailer, so players will be able to completely enjoy the new location in original playable demo, called Final Fantasy XV: Episode Duscae. According to the developer, the game will feature dynamic environments with full day/night cycle and adjusting lighting effects. The fire animations are created to match the shape of the gameplay, which means that the fire effects will change and adjust with different enemies that players will encounter. Final Fantasy XV will come packed with other improvements, but final details have not been revealed as the game is still being tuned. You can see the gameplay demo below.

Furthermore, the Final Fantasy XV: Episode Duscae demo will also feature a lot of driving around and dungeon exploration. Players will also learn a lot about Noctis Lucis Caelum, the main character of the game, and his friends along the way. It has also been indicated by a NeoGAF user that the game was running on the PlayStation 4 console during the live gameplay demonstration, as you can see a Square Enix representative getting hold of a DualShock 4 controller just before the demo begins at 22:15.

Final Fantasy XV was expected to arrive later this year for the PlayStation 4 and Xbox One but now the game has been pushed back into 2015. For more info on the title, don't forget to visit back.