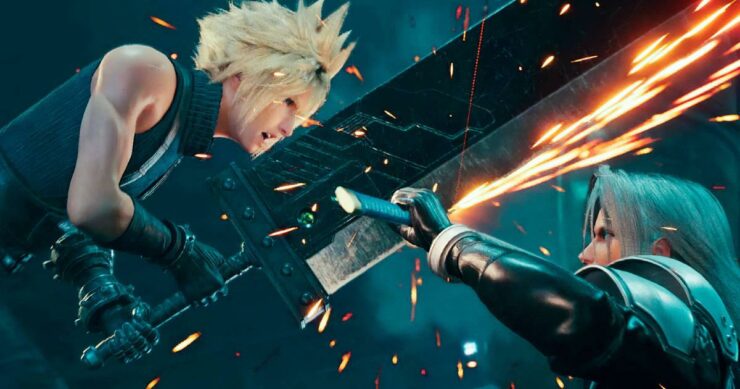 The FFVII Remake digital artbook might have well provided a sneak peek at some of the weapons included in part 2 of the game.

Without spoiling too much, the recently released first part of Final Fantasy VII Remake contains some iconic weapons that were also present in the original game. Some of them, however, were introduced earlier than in the 1997 classic, including Cloud’s Hard Edge.

FFVII Remake Part 2 is still far away, but the game’s digital art book that came with Digital Deluxe Version might have shown off some of the weapons included in part 2. On social media, some fans seem to be hoping for DLC to bridge the gap between part 1 and part 2.

Various threads have been made on the FFVII Remake Reddit showing off the weapon art included in the artbook. We’ve included Cloud’s, Tifa’s, and Barret’s weaponry below.

Please note that this art does contain spoilers!

As far as Cloud’s weapons go – if correct, we can see his Rune Blade in the middle and the beautiful Organics (acquired midway in the original game).

Whether the weapons shown off in the art book will actually make their appearance remains to be seen.

FFVII Remake is available globally now for PlayStation 4. The game surpassed 3.5 million digital and shipments in 3 days. Be sure to read our review in case you haven't done so.

Completely rebuilt using the best of modern gaming technology, FINAL FANTASY VII REMAKE is a reimagining of the iconic original game that re-defined the RPG genre. Along with unforgettable characters and a story revered as one of the most powerful within video games, the game also features a hybrid battle system that merges real-time action with strategic, command-based combat. The first game in the project is set in the eclectic and sprawling city of Midgar and presents a fully standalone gaming experience that goes deeper into the iconic characters and world than ever before.