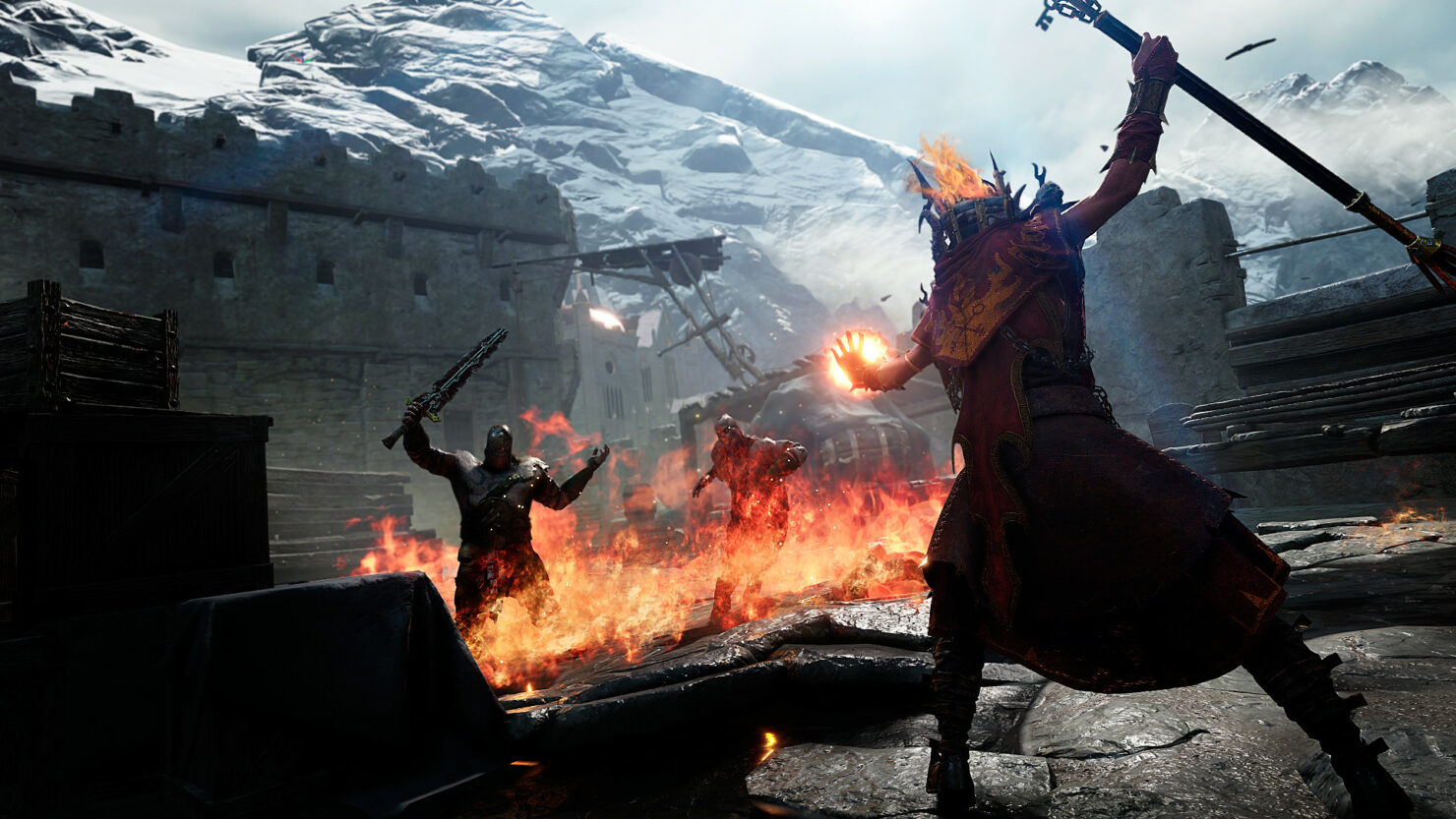 Swedish studio Fatshark released Warhammer Vermintide 2 for PC on March 8th as scheduled. So far, the sequel appears to be a success with an 83% rating from user reviews and solid sales. In fact, right now Warhammer Vermintide 2 is above Final Fantasy XV Windows Edition and just below PlayerUnknown's Battlegrounds when it comes to the best selling games available on Steam. According to SteamSpy, there are already 343K owners though the developers haven't shared any sales announcements yet.

In any case, Vermintide 2 will be supported for a long time if the first installment is anything to go by, and Fatshark shared their first roadmap for upcoming content updates yesterday.

While our primary focus for the months to come will be to listen to the community and ensure the best possible experience of Vermintide 2, we also have a general plan set up for the post-release period. We are proud to share our plan for the next three months. It details the rollout of new updates and content from the release until the end of May. 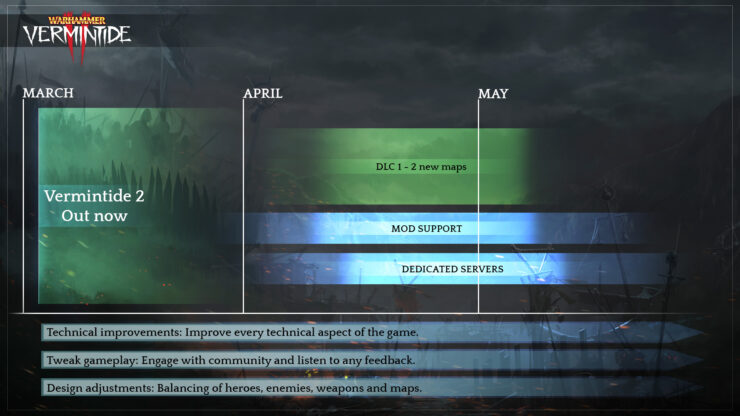 DETAILED LOOK AT THE ROADMAP

While March is a very big month for us with the release of Vermintide 2, the remaining weeks will be devoted to tweaks, adjustments and technical improvements. April is headlined by the first DLC, alongside plans to release mod support and dedicated servers.

Dedicated Servers - We are currently working on getting dedicated server functionality running, with improved matchmaking and stability.

Mod support - We are putting the finishing touches on mod support at this moment and hope to get it out the door soon.

Regular DLCs - Our aim is to release regular DLCs, with the first one coming in April and introducing two brand new levels.

Fatshark is also keen on receiving feedback on the official forums from Vermintide 2 players. The game should also launch soon on PlayStation 4 and Xbox One.