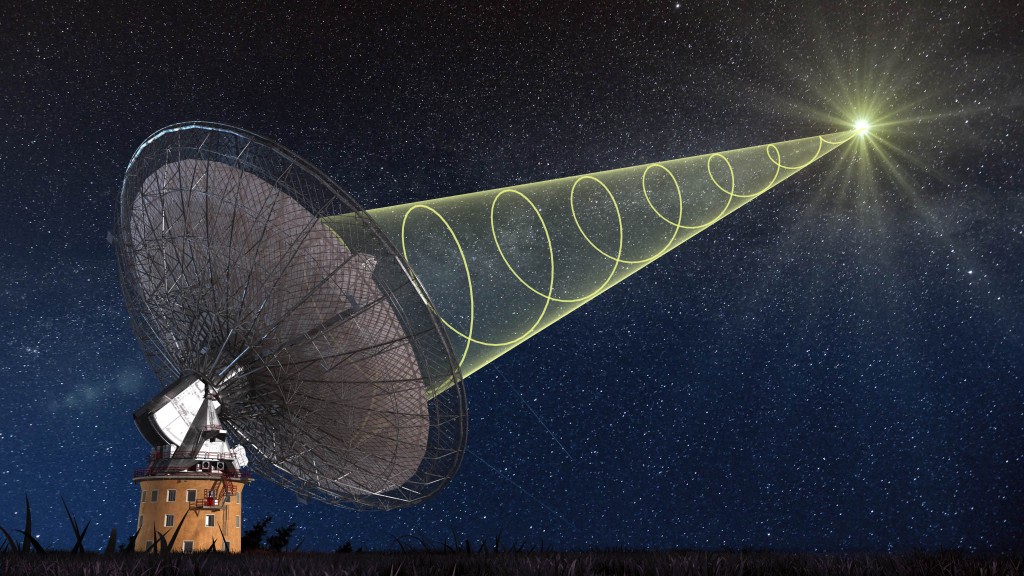 A particular signal has confused scientists for very long now and finally after many years the signal has been traced to a spot in the sky. This spot comes from someplace more than a 3 billion light years away. After almost a decade since the first fast radio bursts (FRB) were discovered, an international research team has observed the existence of a similar signal in a dwarf galaxy that is present in the constellation Auriga.

At first it was thought that the signal was most probably coming from within the Milky Way itself but afterwards a report in the journal nature confirmed that it wasn’t the case. It was found that the signal was coming from a galaxy that was much smaller in size from our own – 1% the mass of Milky Way. "These radio flashes must have enormous amounts of energy to be visible from over 3 billion light-years away," Cornell University researcher Shami Chatterjee said in a statement.

So what is the big deal about these signals? Why are the Scientists so intrigued by them? Well, these signals were first discovered in 2007. These Fast radio bursts have been a source of curiosity ever since then. Currently 18 known FRBs exist but it has been very difficult to determine the source of their origin. According to researchers at McGill University, these signals were detected using non-specialist radio telescopes that could not find the exact location of the source. 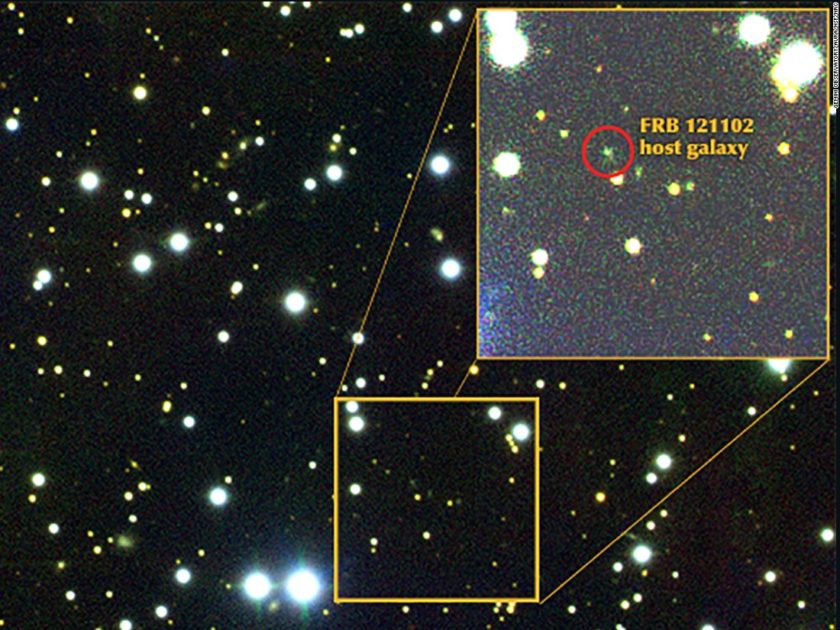 Scientists at Cornell in 2012 observed that one particular signal about one-thousandths of a second long, the FRB121102, kept repeating in sporadic manner. "There's a patch of the sky from which we're getting this signal -- and the patch of the sky is arc minutes in diameter. In that patch are hundreds of sources. Lots of stars, lots of galaxies, lots of stuff," Chatterjee said. After a more than 50 hour long examination of the skies, the scientists were able to determine the origin of the signals.

Now that the source has been determined, scientists are hopeful that the cause behind these signals will be determined soon enough. This has got nothing to do with aliens so don’t get your hopes up too much. According to Chatterjee, "We think it may be a magnetar -- a newborn neutron star with a huge magnetic field, inside a supernova remnant or a pulsar wind nebula -- somehow producing these prodigious pulses.” For those who don’t know, these neuron stars are extremely dense and small objects that have the mass of around twice that of the sun. They are formed due to a supernova explosion of a massive star.

It is very possible that these fast radio bursts are being caused by a black hole at the center of the dwarf galaxy. This condition is known as an active galactic nuclei and it produces bursts of light as particles at incredible speeds fall into it. These may be among the most explanations behind the FRBs but as Bryan Butler of the National Radio Astronomy Observatory pointed out, that these may not apply at all to this signal. He said, "We do have to keep in mind that this FRB is the only one known to repeat, so it may be physically different from the others."

My question at the end again, is still the same after this statement. FRBs what are you and what do you do?