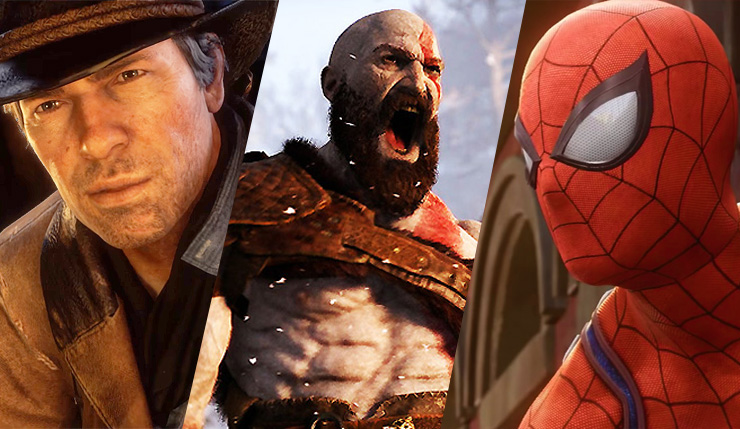 Josef Fares was featured in a panel alongside David Cage at Gamelab 2019 last week, where the two game directors discussed the future of storytelling in games.

During the panel (transcribed in its entirety by GamesBeat), Fares gave his opinion on the three most awarded games released last year: Red Dead Redemption 2, God of War, and Marvel's Spider-Man (his favorite).

Personally, my game of the year was actually Spider-Man. That doesn’t necessarily say I didn’t like God of War. I think God of War was a great game. But for me, I connected more with Spider-Man in some way.

The reason why God of War won and not Red Dead, I do believe it’s because God of War took some risks that were really cool. Cory and the team did something amazing. I give credit of course to Cory and the team, but also to Sony for taking a very well-known IP and totally going a different way. That’s cocky and that’s risky for a triple-A title, and I think it really deserved to win. I feel like that’s the reason why.

When Rockstar did Red Dead 2, it’s a great game in many ways. A bit too long if you ask me, a bit too repetitive in the mission design. You’d go out and shoot something and go back. I think that’s one of the reasons God of War won.

As far as games I admire, again, I’m very allergic to repetitiveness in game mechanics. I felt that both God of War and Red Dead were a bit too long. I needed a shorter experience. I think that’s why I was a bit more invested into Spider-Man. Especially with Red Dead, that locks me out after a while. It was so long! Who has the time for that? I don’t even have kids. I imagine for you — could you even play the game? Who finishes these games today?

According to Gotylist.com, a website that aggregates award from hundreds of notable publications across the world, Red Dead Redemption 2 actually ended up with 181 Game of the Year Awards while God of War stopped at 173, with Marvel's Spider-Man third but lagging far behind (19 wins). However, God of War won almost all of the big ones, from The Game Awards to BAFTA Awards, the DICE Awards and even our own Wccftech Awards (both staff and readers prizes, in fact).