Fallout 76 Update Adds the Maligned Repair Kits; Bethesda: If There’s Any Sort of Competitive Advantage, We’ll Take Care of It 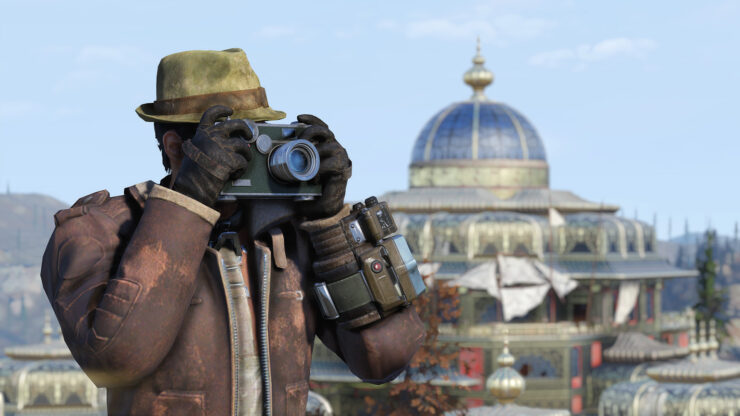 Bethesda released Patch 8.5 for Fallout 76 a few hours ago on all platforms (the download weighs 2GB on PlayStation 4 and Xbox One, 1GB on PC).

This patch is part of the scheduled Wild Appalachia series of updates. There's a new in-game camera that will allow players to take all sorts of snapshots from the post-apocalyptic version of West Virginia, though the highlights of patch 8.5 are, for better or worse, the repair kits introduced to Fallout 76.

These have sparked quite the controversy within the game's community ever since they were announced. Designed to let players repair their equipment while out in the world, the basic repair kits are now available for purchase in the Atomic Shop, while the improved repair kits can be dropped by defeating the Scorchbeast Queen. The issue is with the basic repair kits, then, since Bethesda had long ago promised they would refrain from adding any Pay-to-Win elements from the game's shop. So far, all items available there were strictly cosmetic.

The developers have added a brief explanation, stating that while they got the community's feedback on the repair kits, it is their belief this new item only offers additional convenience. They've also vowed to ensure any advantage will be removed if live testing proves it's actually an issue.

Below you can find the detailed patch notes.

Repair Kits are new, single-use consumable items that immediately restore the Condition of an item in your inventory. They come in two forms: Basic Repair Kits and Improved Repair Kits.

A Note on Utility Items in the Atomic Shop:

First, thank you to everyone in the Fallout 76 community who took the time to share their feedback and concerns about adding a utility item like Repair Kits to the Atomic Shop. Over the past couple weeks, we’ve examined all the feedback and today we want to share our thinking when it comes to these types of items and how they relate to the Atomic Shop. When we originally announced the Atomic Shop last year, we said that it will not provide anything that offers a competitive advantage. We remain committed to that statement and take it into account when we evaluate every new item that we bring to the Shop, both now and in the future.

Aside from purchasing Atoms, you can also unlock Basic Repair Kits using Atoms you’ve earned from Challenges. Additionally, the more powerful Improved Repair Kits will not be available in the Shop and can be earned by completing in-game content, like killing the Scorchbeast Queen.