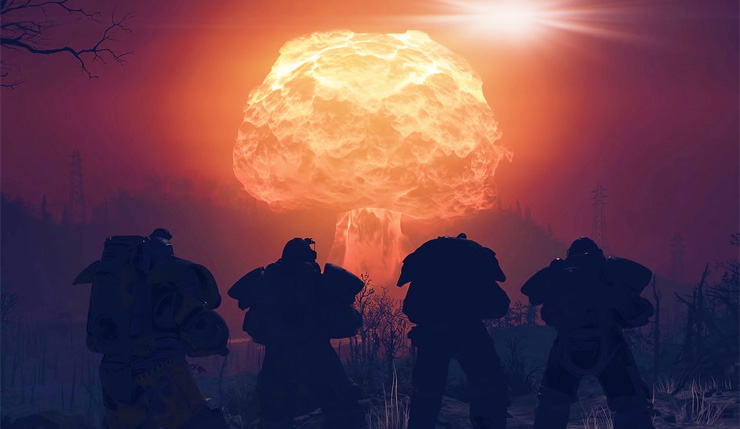 It seems that Bethesda will be adding paid non-cosmetic items in Fallout 76, thereby breaking the promise that it made earlier.

From the looks of it, Bethesda is once again shooting itself in the foot by adding non-cosmetic items to the game in the form of repair kits, including Basic Repair Kits and Improved Repair Kits. These kits will be added to Fallout 76 through an upcoming update that Bethesda detailed this week.

Basic Repair Kits are single-use consumables that immediately restore one of the items in your inventory, or an object in your C.A.M.P., to 100% condition. So long as you have a Repair Kit in your inventory, you can use it to fix up a piece of gear anytime, anywhere, and without spending any of your own crafting materials. Once you’ve got a Repair Kit, open your Pip-boy to find an item you want to repair, hit “Inspect”, select the new “Repair Kit” option, and then leap right back into the action. You can also use Repair Kits at any workbench in your C.A.M.P., at Workshops, or those you find in the world. Basic Repair Kits will be unlockable in the Atomic Shop using Atoms you’ve purchased or those you’ve earned for free by completing in-game challenges.

You can use Improved Repair Kits in all the same ways as Basic Repair Kits and they are also single-use consumables. However, Improved Kits buff the selected item’s condition up to 150%, giving it an even longer lifespan against the trials of Wasteland combat. Improved Repair Kits are rare items that we plan to award to you for free as you take on various types of in-game content. As an example, you will receive them as loot when you take down the Scorchbeast Queen.

Truth be told, both kits can be acquired by playing the game – in fact, the Improved Repair Kits can only be obtained by doing so, but this doesn’t change the fact that Bethesda assured fans that it won’t be adding paid non-cosmetic items to the game.

“All the content we ever put out for Fallout 76–all the DLC, all the post-launch stuff–is going to be free”, Bethesda’s VP Pete Hines said back in October of last year. “That’s important. And to say, the Atomic shop is cosmetic stuff. To make sure folks understand–look there’s a line. There are people who have crossed it, but we’re going to stay on the right side of it in terms of the things you can spend money on and how this stuff works and what you’re getting for your $60. That you know, when they put out new content or features or whatever, I’m getting that stuff for free. That feels right.”

As expected, many Fallout 76 fans have already complained about Bethesda breaking its promise.

Fallout 76 is available now for PC, Xbox One and PlayStation 4.

What are your thoughts on this matter? Hit the comments below.