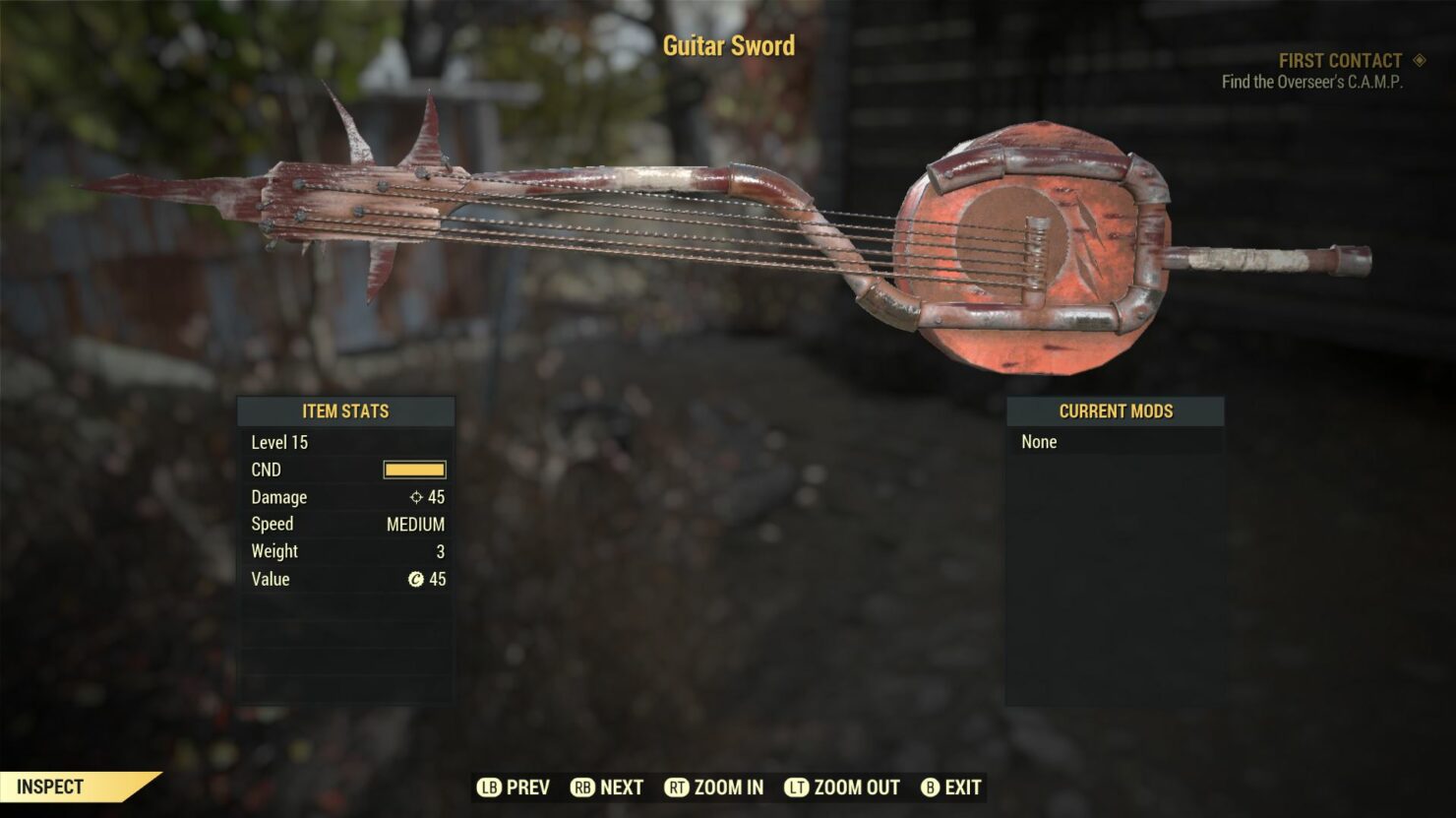 Fallout 76 is getting very close to release, and Bethesda has started talking more about their upcoming game in the past few days, revealing some new details on it.

A few hours ago, the official Fallout 76 Twitter profile shared a new screenshot from the game, showcasing a rather peculiar weapon, a Guitar Sword. The accompanying comment revealed the name of the new map, which will be Appalachia.

How does Appalachia differ from the Commonwealth or Capital Wasteland? It starts with a Guitar Sword. #Fallout76 pic.twitter.com/6PKTyHwREy

Pete Hines further elaborated on the new weapon, saying that it's, sadly, just a weapon, and cannot be used as a musical instrument

You can play it like other swords, which is to say you can’t. 🙂

Pete Hines also revealed additional details on trading and sleeping. Players will have total freed when trading, being able to set the price to whatever they want. They can also decide to gift items by setting the charge to 0 caps.

Sleeping and logging out of the game have been confirmed to be separate, so players won't have to worry about their character being defenseless when away.

If they log off their character goes away. Even if they are asleep.

Earlier this week, additional details on XP distribution for teams and more have been detailed. While XP will be distributed differently, depending on who struck the killing blow, all will be able to loot the corpse.