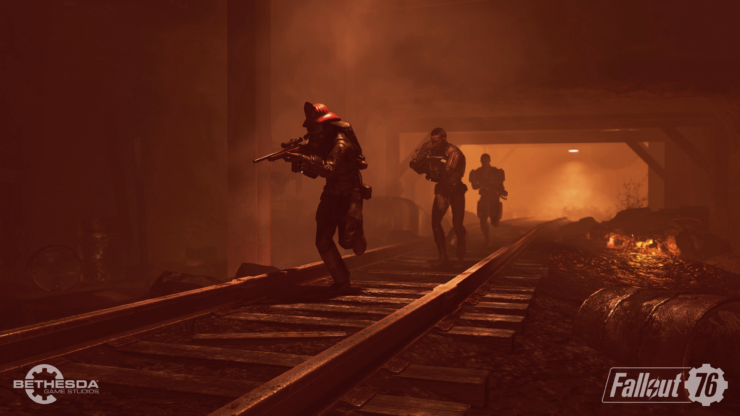 Most recent Bethesda RPGs have featured a lot of bugs, and this isn't making Fallout 76 fans feel too well about the game, due to its always-online experience. The publisher recently addressed the issue in a new note.

The Fallout 76 journey will begin later today with the B.E.T.A., which will be even more important than anticipated. Bethesda expects players to report all the bugs they find in it and help them fix them before release. Fallout 76 is a very different experience than past games developed by the studio, and so it's a brand new development experience when work is far from being done once the game release. You can read the full note by going here.

Yesterday, Fallout 76 Project Lead Jeff Cardiner and Development Director Chris Mayer spoke about the game and why the experience will be more thrilling.

Remember it is a survival game. So we found early in play-testing that people were like, his character’s going to go away in three hours, so I’m going to use all my Stimpaks and ammo,’ but when you’re playing ‘for real’, you’ll make very different decisions. Do I really want to kill this guy with my one Fatman shell, or do I want to save it for the Scorch Beast, because it took me hours to get it. You do make different decisions when your characters are ‘real’.

You play this game 30 hours, 300 hours; sometimes you’ll play in a group, sometimes you’ll focus on certain activities but sometimes you’ll play solo. And those are the times when you’ll have time to delve into the fiction and listen to the holotapes and read all the monitors and really get into the story. But there is more of a tension there, you can’t pause the game to read a terminal. When you’re reading a terminal something could sneak up behind you and eat you. And it often does. The more we’ve play-tested, the more we’ve realised how viable that is, and it supports the idea of how dangerous and how lonely it is out there.