While people have been creating mods for Fallout 4 since its launch, official Mods for the game weren’t supported by Bethesda. This will chance in April though, as game director Todd Howard confirmed that Fallout 4 PC Mod support will go up that month. 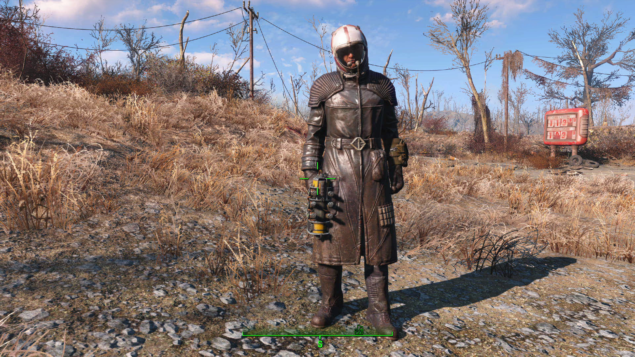 Todd Howard confirmed this in an interview with Gameinformer yesterday. According Howard, PC Mod support will go up between the first two DLC packs, in April. Mod support for the Xbox One and PS4 versions of the game, will follow later.

“Our goal is between the first two DLCs. It’ll go up at that time on PC. In April. All of that stuff will go up on PC. People are beta testing it. There’ll be a lag on consoles. We want to get it up on PC and have it work. It’ll probably be a good month before it hits Xbox One, and another month for PlayStation 4”, said Howard.

Yesterday we reported on a new Fallout 4 beta update which introduces mod support. Additionally, the beta update includes fixes for several quests, for screen effects not clearing away properly after using a scope, for Rank 4 of Demolition Expert perk and much more. For the full patch notes, check out this post.

Fallout 4 released back in November of 2015, and has been an amazing success since its launch. One day 1, Besthesda shipped 12 million copies of the game to meet day 1 demand.

“A huge thanks to our fans that’ve made this all possible. After four years of development, it’s not complete until our fans get to play it and make it their own. We can’t wait to hear about their adventures”, Howard said following the game’s launch.

According Bethesda, digital sales surpassed retail sales on day one. "It was pretty amazing in retrospect. I think you lose a little perspective when making games, and you’re happy that it got done. You hope that when it comes out, it’s really good, and sells like crazy. That’s what’s in your head. One of the things that is amazing: Fallout 4 sold more day one digitally than at retail. That’s a big change", Howard told Gameinformer.