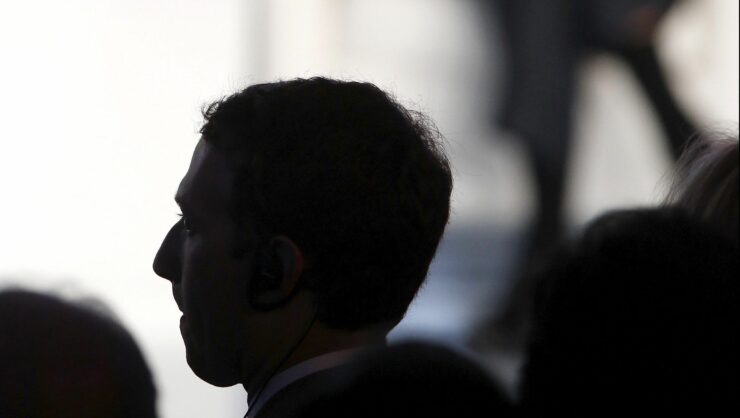 Earlier today Facebook confirmed that Mark Zuckerberg won't appear in front of the UK committee on digital, culture, media and sport to respond to data misuse scandal. The committee's chief Damian Collins called Zuckerberg's refusal "absolutely astonishing." It appears Facebook CEO has finally decided to show up in front of lawmakers - at least in the United States.

The company has been facing pressure from not only its users but lawmakers, shareholders and advertisers as well. In an unprecedented move, Zuckerberg has agreed to go to Washington to explain his position. According to the NYT, he will appear next month before the House Energy and Commerce Committee.

"The committee is continuing to work with Facebook to determine a day and time for Mr. Zuckerberg to testify," Elena Hernandez, spokeswoman for the House Energy and Commerce Committee, said.

After the story first broke about a British political consultancy, Cambridge Analytica, having taken data on over 50 million Facebook users, the company followed its tried and tested "ignore the media and lawmakers" strategy. However, as the watchdogs around the world continue to demand answers from the 33-year-old, it appears Zuckerberg has finally come to terms that he can no longer ignore lawmakers.

"Mr. Zuckerberg initially resisted speaking to Congress, and had asked if a senior Facebook executive could be sent to represent the company in his name, two Facebook employees familiar with the conversations said," the NYT reported.

"After the public outcry over Facebook’s data and privacy settings, Mr. Zuckerberg was persuaded that he needed to appear, they said. In recent days, he told Facebook employees that he had come to understand he would have to testify."

It should be noted that Facebook itself hasn't confirmed if the company CEO will visit Capitol Hill. If he does, the decision might frustrate British lawmakers even more since Cambridge Analytica is a British firm. "I would certainly urge him to think again if he has any care for people that use his company’s services," Collins had said.

UK and European lawmakers aside, Zuckerberg won't have an easy time in front of lawmakers in the US, as well. The company is also under the FTC investigation that could result in heavy fines.

Daniel Ives, analyst for GBH Insights, wrote in a note to investors today that "while this will not be a pleasant experience for Zuckerberg and his team going in front of Congress, it is a necessary smart strategic step for Facebook to head to the Beltway as the public fury continues to grow around the Cambridge data leak, which represents the darkest chapter in the company’s 14 year history."