Companies like Google are always on the lookout to get a better understanding of their customers and how everyday people use their products. So the company has started a great way to get this done, Google has put together a team of researchers in a van and has sent them off to drive around the US to research on this area. According to a report by the Associated Press, the researchers in the Google van will be visiting a number of cities around the country and will be inviting people to test products inside the van. The visits will be scheduled in the months of March and April. 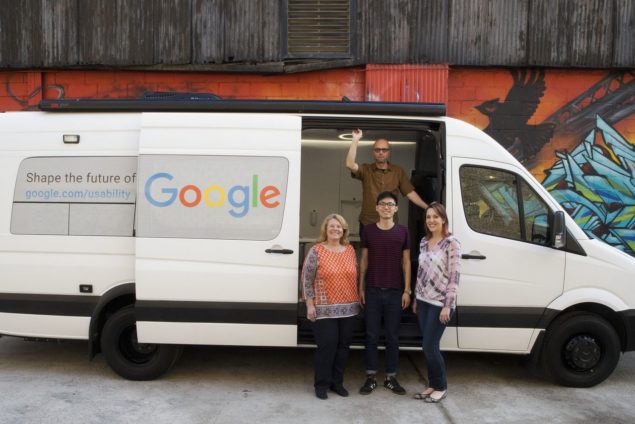 According to the company, the researchers from Google who have been given this responsibility will find out how people use the apps and services provided by the company on their smart phones or other gadgets. This is all being done is a bid to know how things and people work outside the Silicon Valley.

"We are trying to get out to more locations and see more people so we can gather more context," Laura Granka, a lead Google Maps and Search researcher, tells the AP.

According to the given plan reported by the Associated press, the van will be stopping at New York city, Chapel Hill, Clemson, Atlanta, Boulder, Salt Lake City, Reno, and South Lake Tahoe. The van is probably going to set up closest to the colleges and libraries and public areas like joy lands and amusement parks as it plans to accommodate around 500 people during the course of its two month trip.

According to Google, the sessions can last up to an hour and a half. Not only that but the participants will be given gifts and goodie bags from the company for spending their valuable time in the research. This is not really unusual but it is the first time a company like Google is really following this agenda.

It’s still not clear what Google plans to do exactly with this whole study, and what it will be able to extract from the whole project. It’s a great way for the company to get information on a larger scale, and the idea should pay off well. Google will be moving out of its tech oriented zone and moving around cities where us ‘normal people’ live, so it will be good to see the vans out and about. Make sure you do take part in the research and we will keep you updated on this.
Source