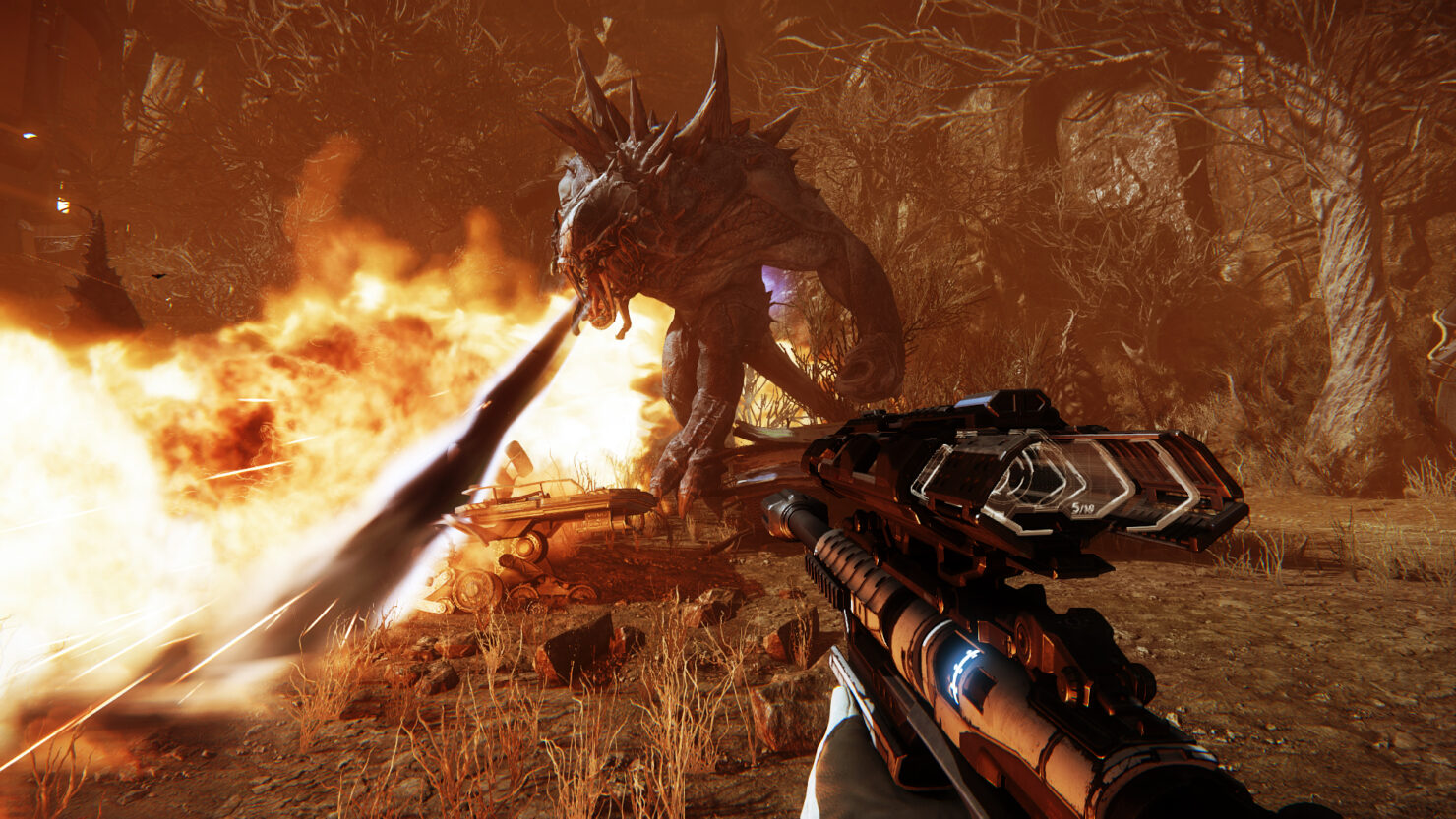 Last week, Turtle Rock Studios confirmed their future plans regarding their first person shooter Evolve, released a while back on PC and console, with the game now available as a free to play title, at least on PC. A few days after Evolve went free to play, things were looking quite good, and a few hours ago the team confirmed that an important milestone has been reached.

On the game's official Twitter profile, the team confirmed that Evolve has reached 1 million players since going free to play last week. To mark the occasion, the team is giving away the Blood Eagle Hunter Skin for Griffin to all those who login until Monday July 18th at 10am PST.

Here’s how it’s going to work: We’re going to make Evolve free on PC as a Beta starting on July 7. This is going to allow us to hit our new server infrastructure really hard and we need your help testing. Stuff could break, and that’s our hope, because that will give us time to improve things as we go. We’ll parse out major Beta revisions, updates and features over a period of weeks and months — a plan we’re going to continually communicate here. This allows us to test new features and major changes to make our game more accessible and ever closer to the joy we saw when we first showed our baby to the world. Just as importantly, this Beta plan gives us the flexibility and time we need to keep fixing bugs and making Evolve more stable.

Evolve is now available as a free to play game on PC.

Evolve Patch 1.3 is Live on PC, Next Week for PS4 and Xbox One