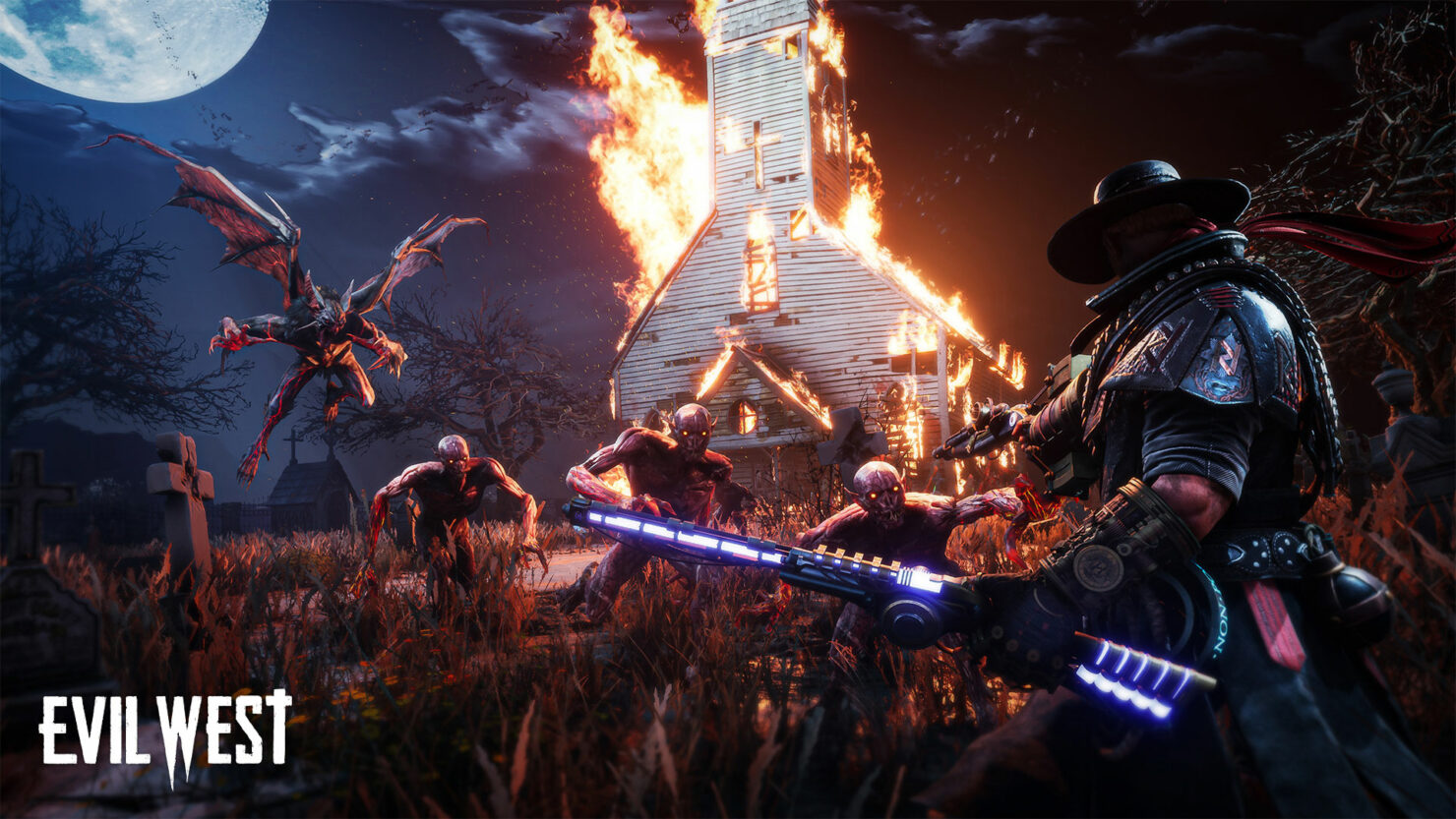 The new trailer, which was shown during The Game Awards 2021 show yesterday, shows main character Jesse Rentier disposing of all sorts of monsters with his extremely powerful arsenal. Players will not have to go at these creatures alone, however, as the game will feature co-op multiplayer mechanics.

Evil never sleeps… but it bleeds.
A dark menace consumes the American frontier. As one of the last agents in a top-secret vampire-hunting institute, you are the final line between humanity and a deep-rooted terror that now emerges from the shadows. Rise up to become a Wild West Superhero, eradicate the vampire threat and save the United States!

In visceral, explosive combat, unleash hell with your firearms, lightning-fueled gauntlet and gadgets. Kill bloodthirsty monstrosities in style as a lone hunter or in co-op with a friend. Explore and fight in a narrative-driven campaign while upgrading your weapons and hunting tools. Unlock new perks to evolve your monster-slaying mastery, crafting your own playstyle to defeat the supernatural hordes.