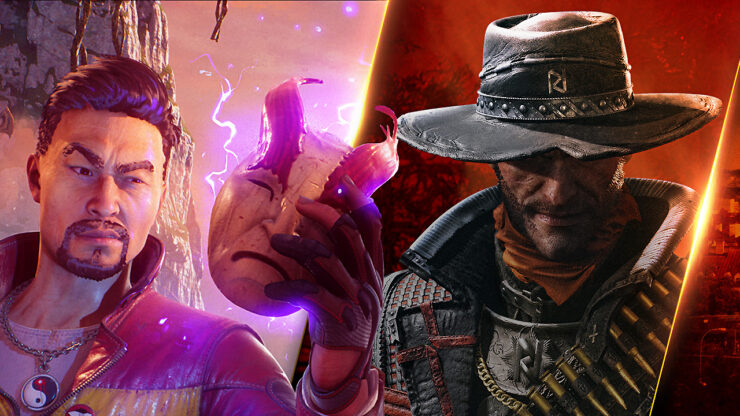 Polish developer Flying Wild Hog is certainly keeping themselves busy. In 2020 they announced Shadow Warrior 3 and Evil West, and apparently, that’s just the beginning. In a new blog post, Flying Wild Hog confirmed they have two more projects in the works. One is the action-RPG co-developed with Jagex that they hinted at earlier in 2020, but the other one is something we’ve yet to hear anything about. Here’s what Flying Wild Hog had to say about the two unannounced projects (the blog post is written in the voice of a carnival barker hawking new attractions, hence the somewhat odd tone).

Finally, the last two projects in the Flying Wild Hog stable. Now, I know what you’re all thinking. Trust me, I know. You’re thinking, “This fine young man is going to tell us more about these secret projects.” Am I right? Well, not quite. Now, I wish I could tell you more fine folks, I really do. But I cannot. But what I can tell you is those projects will be revealed maybe this year. I can also tell you that one of those projects is being worked on in Krakow, together with the wonderful people at Jagex. And I can tell you that those projects are of the finest and highest Flying Wild Hogs standard there is. I’ll have more news to share with you about them in the future, and trust me -- the wait is going to be worth it.

Flying Wild Hog posted a header image alongside their blog, which includes two shadowy teaser images for their unannounced games. If you turn up the brightness/contrast, they appear to show a futuristic scene, with perhaps some sort of spacecraft and what appears to be an old church. So, sci-fi and historical settings for the two new games? (Click the image below for full resolution).

Flying Wild Hog has changed hands twice in the past two years, first being purchased by private equity firm Supernova Capital in 2019, and then by the ever-expanding Embracer Group in late 2020. It seems these investments have allowed the studio to expand in a big way, although hopefully, they aren’t overextending themselves.

Shadow Warrior 3 and Evil West are slated to launch in 2021. Flying Wild Hog’s two other projects will hopefully be revealed this year. You can get a few more hints about the action-RPG they’re developing with Jagex in Wccftech’s interview on the subject from last year.