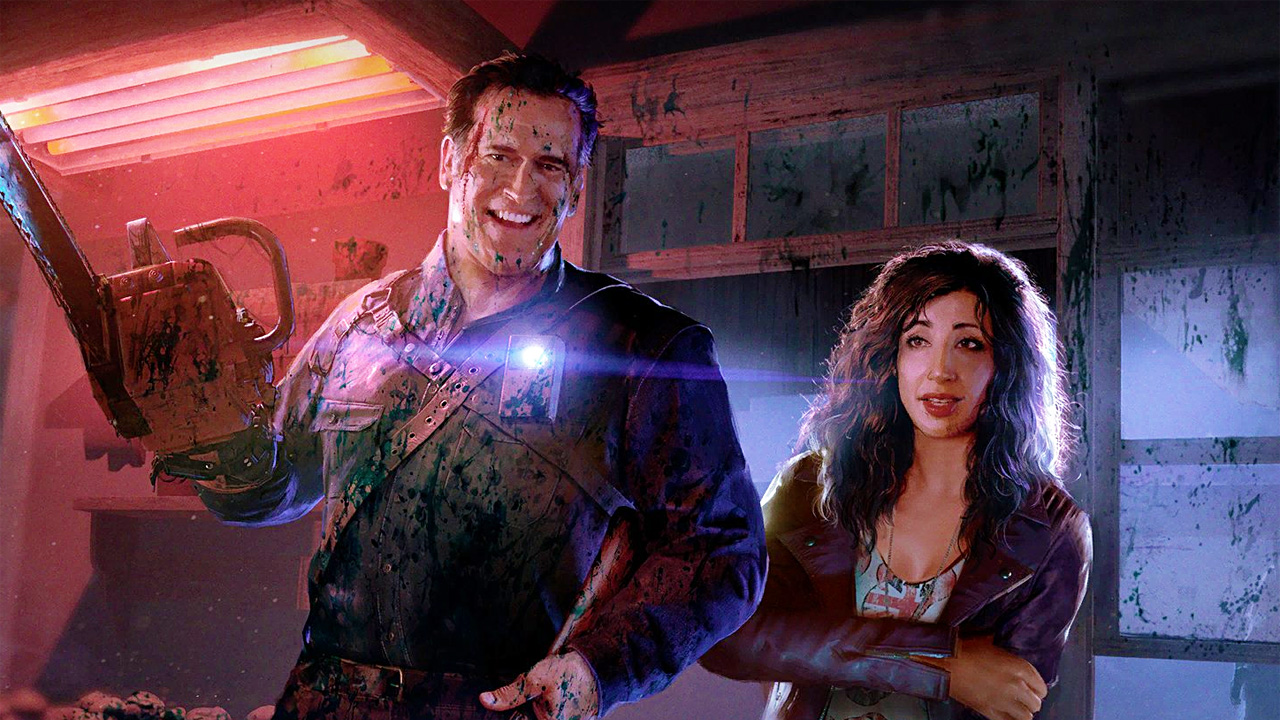 Evil Dead: The Game launched earlier this month, and while it certainly has its groovy moments, it’s a bit light on content at the moment. Thankfully, there is more on the way, and datamining from Twitter account Evil Dead: The Game Leaks may reveal some of what we can expect. Most notably, our dataminer has discovered a number of voice lines referring to Ruby, the fan-favorite villain/occasional anti-hero from Ash vs. Evil Dead played by the legendary Lucy Lawless. Her absence from the game was definitely noticed by fans, but it seems she may show up eventually.

Evidence of an additional single-player mission, entitled Adios Eligos, has also been uncovered. It seems the mission will focus on middle-aged Ash saving Kelly from a demon possession. You can check out some art from the mission, below.

Finally, some evidence of heavy-duty Deadite-shredding weapons, including a minigun, harpoon, and flamethrower has been discovered, although its unknown if they’ll actually make their way into the game, as they’d kind of break the game’s balance.

Haven’t been keeping up with Evil Dead: The Game? I found it to be fun, especially when playing as a Demon, but not on the same level as competitors like Dead by Daylight in my full review…

Evil Dead: The Game does a solid job of carving out its own bloody, aggressive take on the asymmetric multiplayer formula, but some nagging gameplay issues, frustrating single-player content, and a failure to fully capture the series’ groovy attitude hold the game back. Hardcore Evil Dead fans should find plenty to like here, but with competitors like Dead by Daylight around, this game hasn’t really earned its “hail to the king” moment.

Evil Dead: The Game is available now on PC, Xbox One, Xbox Series X/S, PS4, and PS5. You can check out a number of tips on how to succeed in the game, right here.