It’s hard to find fault with the Evil Dead franchise in movies and TV (unless you’re the type that just doesn’t enjoy fun), but video games? Poor Ash has had a less-than-groovy time when it comes to video games. From the original Commodore 64 title to the various 2000s-era attempts to bring the series to life, most Evil Dead games have been kind of depressing.

But hey, you can’t keep a good Deadite slayer down for good, so the reliable hands at Saber Interactive have gassed up the chainsaw again for Evil Dead: The Game, a new asymmetric 4-on-1 multiplayer game in the vein of Dead by Daylight and Friday the 13th: The Game. So, have Ash and his friends finally been given their proper due? Or will you want to return the game to S-Mart for a refund? Time to give this one a thorough dissection... 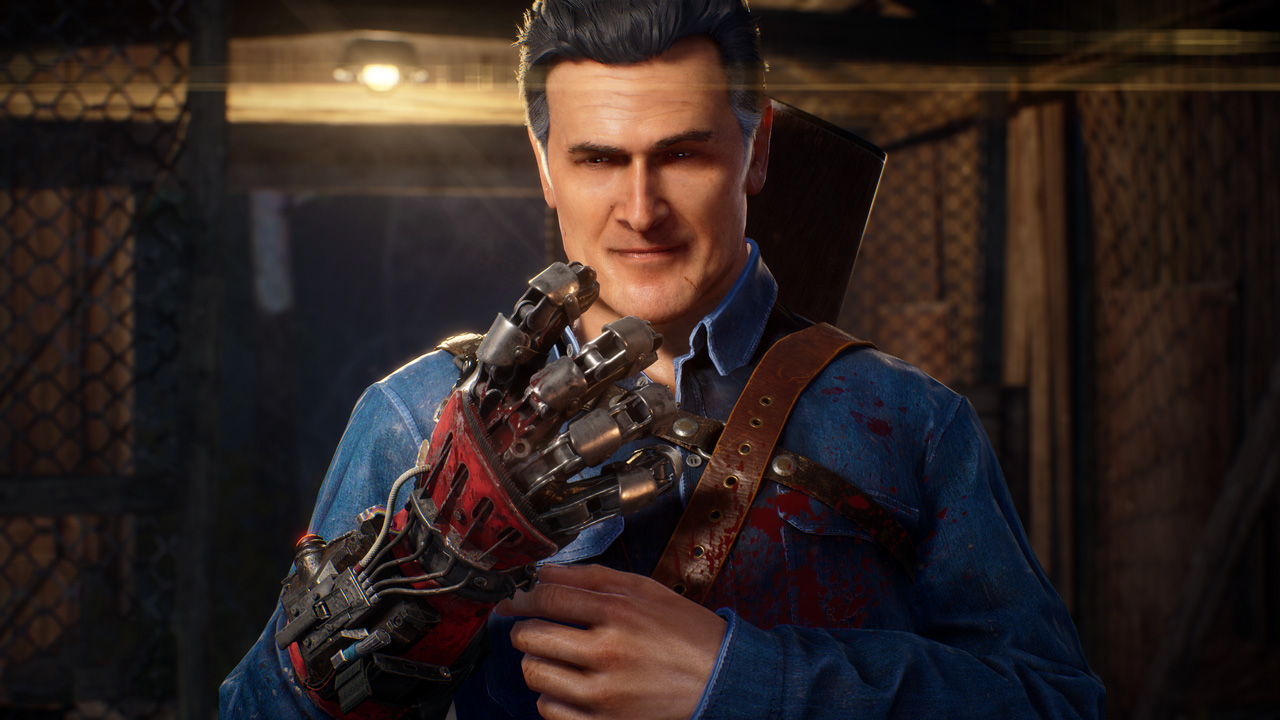 Evil Dead: The Game doesn’t exactly hide the fact that it wants to be the next Dead by Daylight, but it differs from the 4v1 horror game competition in a few key ways. Good or bad, Ash is the guy with the gun, and he and his buddies aren’t creeping around and hiding in lockers. Evil Dead gives players the power to fight back with ranged and melee weapons and a variety of abilities, and there are plenty of Deadites either roaming the map or spawned by your Demon opponent for you to take to the woodshed. The “Survivors” are actually the aggressors in Evil Dead, as it’s your job to collect pages of the Necronomicon and other key items in order to banish the Demon player – simply escaping the map isn’t an option. It’s a smart approach that makes playing as a survivor more fun and empowering than in most 4v1 games. It also forces teamwork on you, as operating as a unit is the only way to survive the Deadite hordes.

That said, while being a Survivor is more fun than most games like this, it still doesn’t hold a candle to playing as the Kandarian Demon. Anyone who’s watched an Evil Dead movie will remember those iconic moments when an evil force barrels through the woods, crashing through bushes, fences, and doors to get at Ash and friends – that’s what you play as when you take on the Demon role, rather than any one individual character or monster. 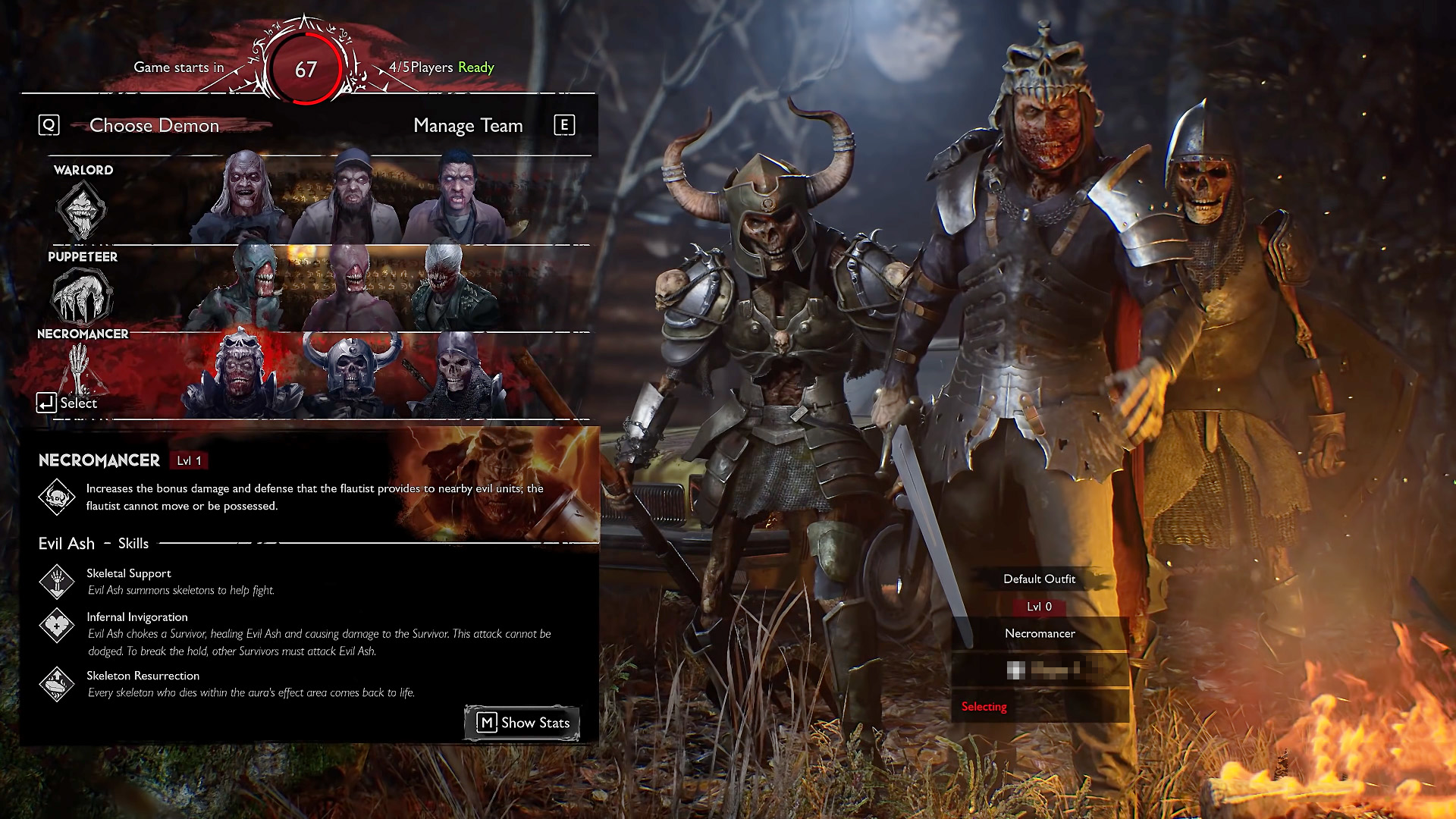 As the Demon, you cruise around the map in first person, which feels every bit as fast, fluid, and satisfying as you’d expect, collecting energy that can be spent on things like setting traps, spawning Deadites, and possessing frightened Survivors. Your Demon levels up throughout the course of a match, and eventually, you’ll even be able to summon up a nasty boss character. Playing as a Demon is when most of this game’s real Evil Dead flair comes out. While the game is packed with references to the movies and TV show, when playing as a Survivor, it often doesn’t really capture the tone of the source material. The humor, the swagger, the slapstick violence. But yeah, blasting through a fence, possessing a Survivor, and forcing them to shotgun their friends in the face has an undeniable Evil Dead flavor.

Saber has done their best to recreate the look of most of the franchise’s characters, from various incarnations to Ash, to Pablo, to Henrietta in all her gruesome glory. Not all of them are perfect – Kelly doesn’t quite look herself – but overall, a solid job has been done. While the game doesn’t exactly break new ground visually, it’s better looking than competitors like Dead by Daylight and performs smoothly on the PS5. 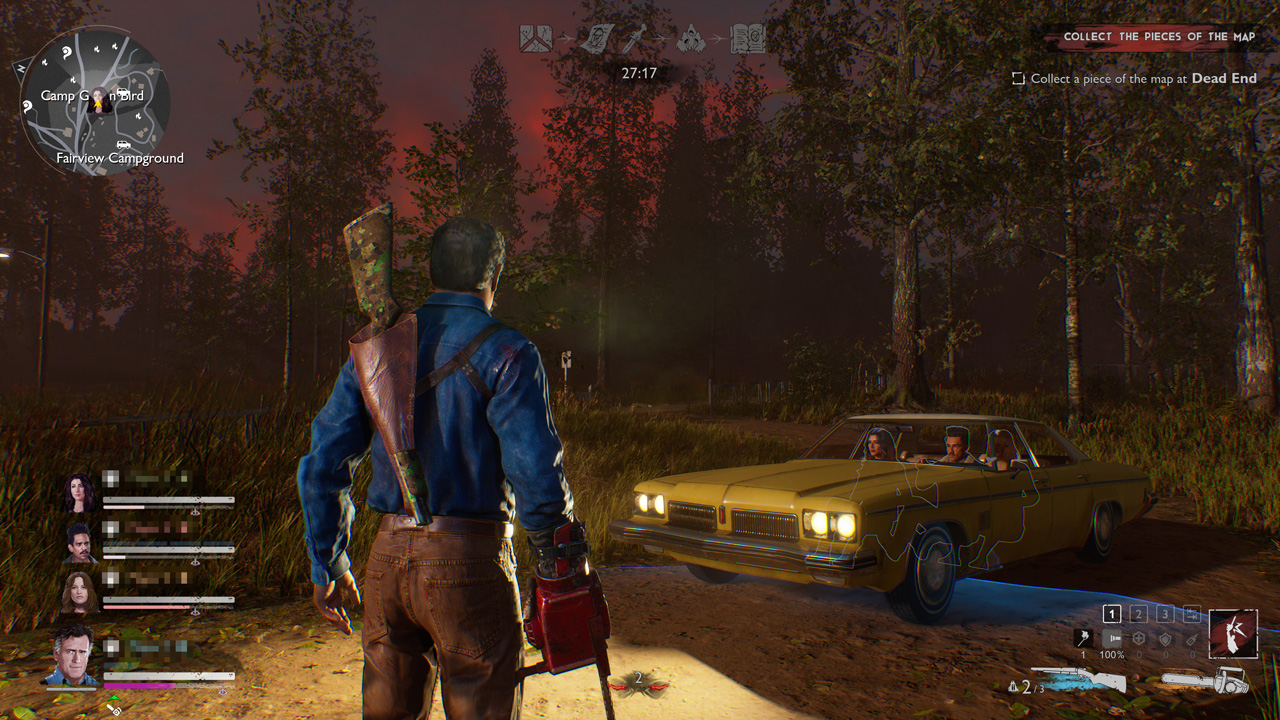 Saber’s basic level of craft and professionalism extends to Evil Dead’s core gameplay and control. Combat feels good, and it’s kind of remarkable how rare it is to get stuck while cruising around as the Demon. There are a few small issues, including the lack of lock-on during melee combat and wonky car physics (seemingly a prerequisite for this type of game), but they’re not dealbreakers.

Of course, the fundamentals don’t matter much in a game like this if the balance is off. Honestly, it’s hard to judge if Saber has got it right this early in the game’s lifespan. Right now, it feels like Demons usually have the edge, but I suspect that will flip as people really learn how to play as Survivors. It already feels like wins and losses are often one-sided affairs, determined by the level and experience of the Survivors or Demon player. Some sort of matchmaking rating (MMR) system will have to be implemented pretty soon to keep the game feeling fair and fun.

Unlike most of its competitors, Evil Dead does let you go on your own if you’re tired of the online scene. Not only can you play against bots, but there are a series of single-player missions to take on. Unfortunately, the latter just aren’t enjoyable. Evil Dead: The Game’s mechanics aren’t really designed for solo play – without teammates to watch your back, you’ll find yourself constantly ambushed from behind. These missions are tough and, frustratingly, lack any sort of checkpoints. Die and you’re right back to the start. Worst of all, an array of content, including some fan-favorite characters, is tied to beating these missions. 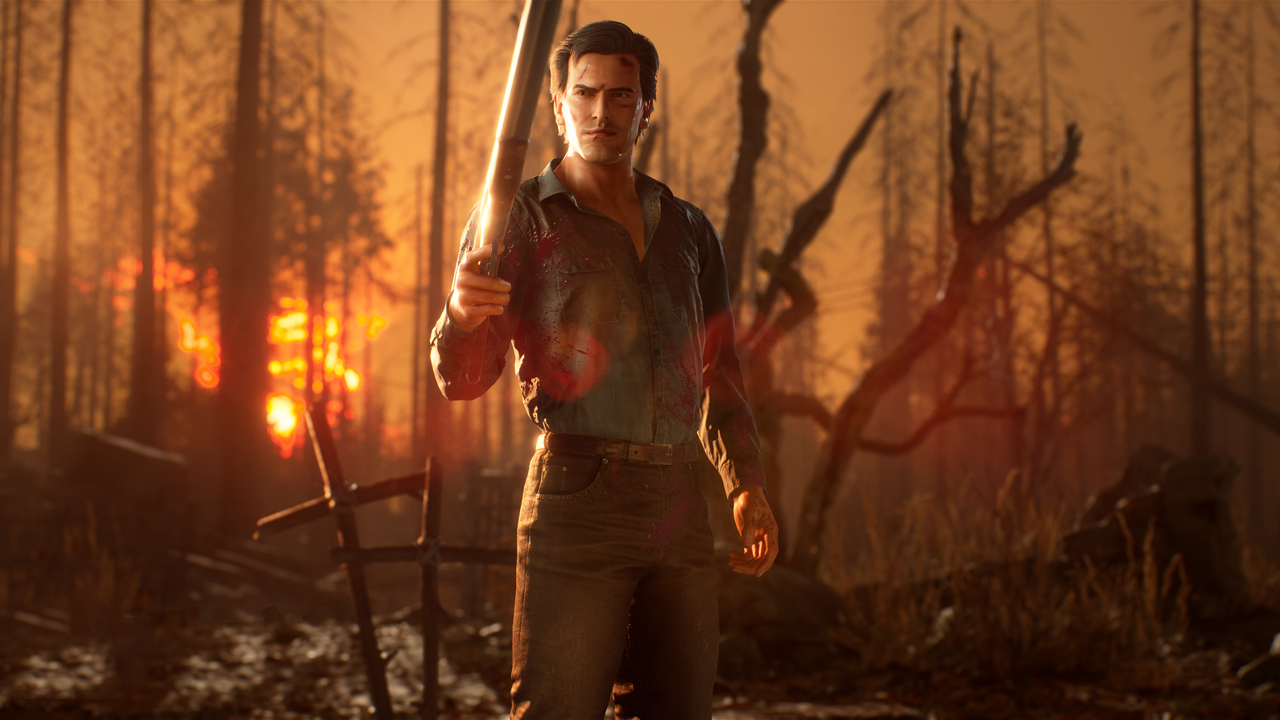 Generally speaking, Evil Dead: The Game has a bit of an issue with content. The game only offers two maps at launch, both of which feel somewhat similar. In terms of playable characters, there are 13 Survivors and 3 Demons, which is okay, but I’m not sure how much potential for expansion there is. Saber has already resorted to five different versions of Ash to fill out the roster. I’m sure Evil Dead fans will be happy for now, but it’s hard to imagine how this game will compete with the likes of Dead by Daylight and its grisly heaps of crossover content long term.

This review was based on a PS5 copy of Evil Dead: The Game provided by publisher Boss Team Games.

Evil Dead: The Game does a solid job of carving out its own bloody, aggressive take on the asymmetric multiplayer formula, but some nagging gameplay issues, frustrating single-player content, and a failure to fully capture the series’ groovy attitude hold the game back. Hardcore Evil Dead fans should find plenty to like here, but with competitors like Dead by Daylight around, this game hasn’t really earned its “hail to the king” moment.