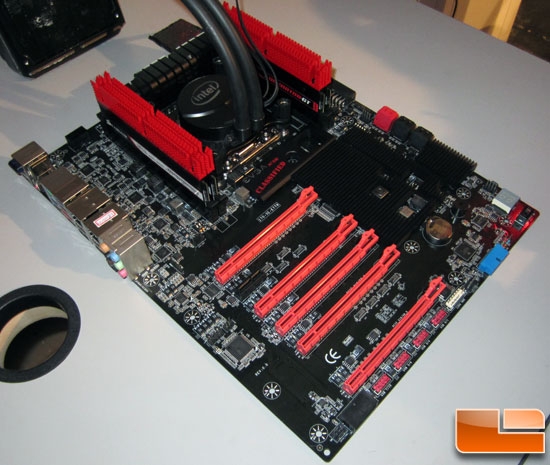 EVGA has displayed its top flagship motherboard based on the X79 Chipset "X79 Classified" at the Geforce Lan 6 Event. The motherboard which features the LGA-2011 socket will support Intel's Upcoming Sandy Bridge-E Processors which will release in Q4 2011.

While EVGA hasn't delivered motherboards for previous P67, Z68 platform in time, The manufacturer assures that this time the X79 based boards will be available at launch. Following are the three motherboards EVGA would be launching:

The X79 Classified shown at the Geforce Lan event was still in engineering phase but was equipped with 4 DDR3 DIMMs running in Quad Channel Interface along with Intel's RTS2011LC CPU Water Cooler. The motherboard features the same Black and Red theme also used on previous EVGA boards.

A total of 4 DDR3 memory slots are included (2 on each sides of the socket). Expansions slots include Five Red Colored PCI-e x16 3.0 slots while a single Black Colored PCI-e x1 3.0 slot is also included. Some overclocking goodies are also featured which include Power/Reset, Memory OK Button along withVoltage Measurement Points all which are located near the 24 Pin Power Connector. 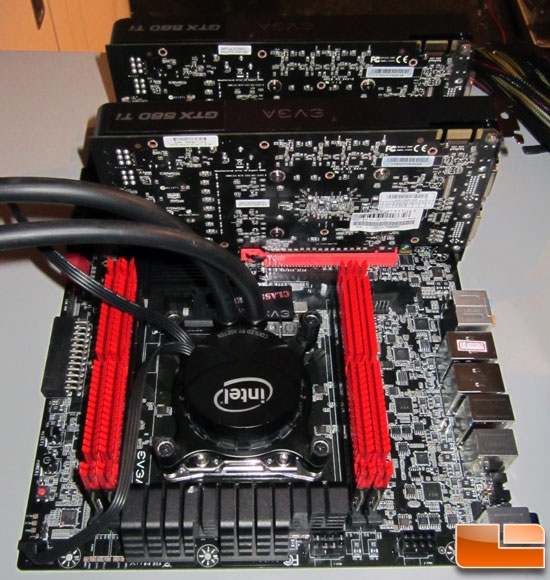 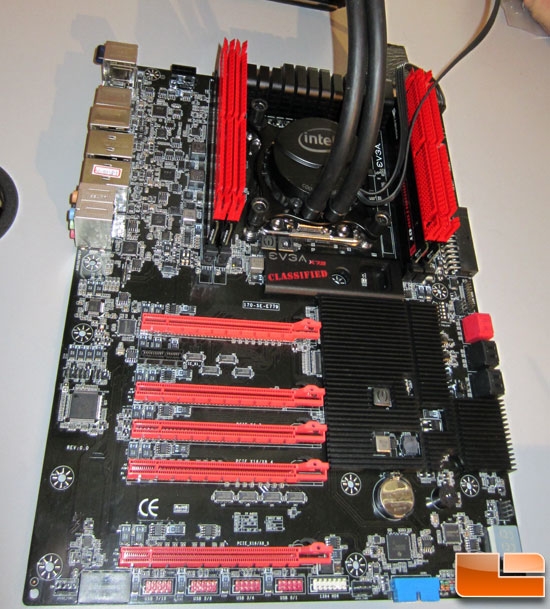 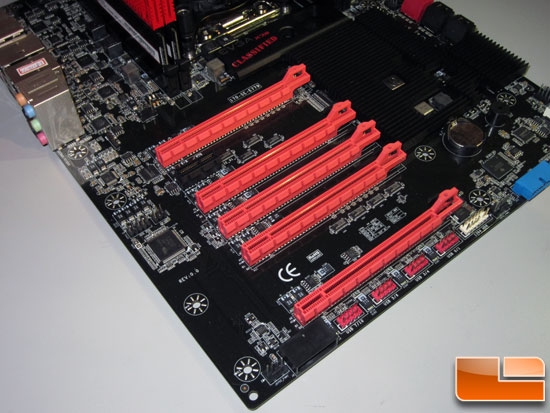 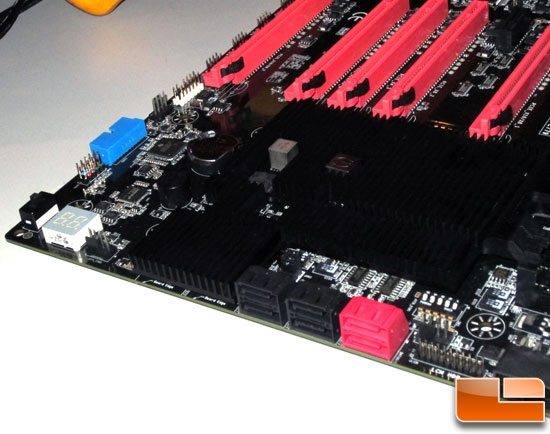