It seems like the well-received PlayStation 4 exclusive title Everybody's Gone to the Rapture may soon not remain an exclusive after all. Following rumors that took off back in January when the game cropped in a Steam database, AMD may have just confirmed the PC port of Everybody's Gone to the Rapture first-person adventure video game via the release notes for its latest Radeon Software Crimson Edition 16.3.2 graphics drivers. 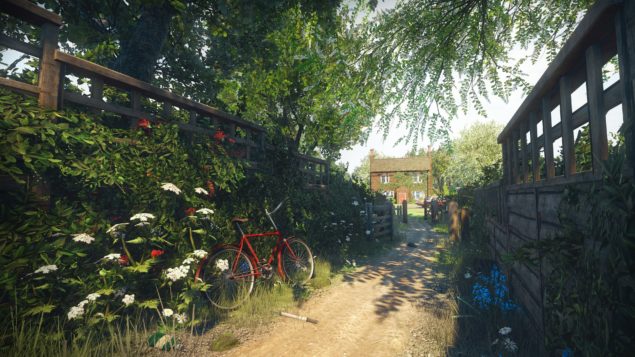 If the release notes for AMD’s newest graphics drivers are without any error, we should all rejoice. The graphically-stunning indie game Everybody's Gone to the Rapture, which was originally developed and released exclusively for PlayStation 4 console by British Independent video game developer called The Chinese Room in collaboration with Sony Santa Monica Studio, is finally coming to PC. The graphics card manufacturer has added "Updated Crossfire Profiles" for the game in release notes for the latest AMD Radeon Software Crimson Edition 16.3.2.

About a week ago when a fan asked The Chinese Room on Twitter if the team had any plans to bring Everybody's Gone to the Rapture to PC, the developer replied by saying that they didn’t have anything to announce on the matter, but they “would love to make it happen.” While there is no official word on the game’s PC port so far, it is quite unlikely that AMD would name the title in the release notes if it wasn’t happening. The developer has been contacted for a statement on the topic. It is expected that we’ll get to hear an official announcement in the coming days.

Developed using Crytek's CryEngine 3, Everybody's Gone to the Rapture acts as a spiritual successor to Dear Esther, and takes place in a large open-world environment. The story of the game revolves around six in-game characters, with each one having its own story to tell that is connected to landmarks present in the game’s world. Players, playing the role of a scientist, interact with objects, places and people to progress through the game and put together the real story.

Everybody’s Gone to the Rapture Dev: Loved Working On PS4, Would Love To See The Game On PC