Everybody’s Gone To The Rapture Confirmed For PC, VR Support Not Being Considered At This Point

Earlier this week, we have reported that the PlayStation 4 exclusive game Everybody's Gone To The Rapture was mentioned in the release note for the latest AMD Radeon Software Crimson Edition 16.3.2. This wasn't the first time a PC release of the game developed by The Chinese Room was mentioned, as it surfaced on Steam database earlier this year, but an official confirmation had yet to come in. Today, however, it's been confirmed that Everybody's Gone To The Rapture is indeed coming to PC. 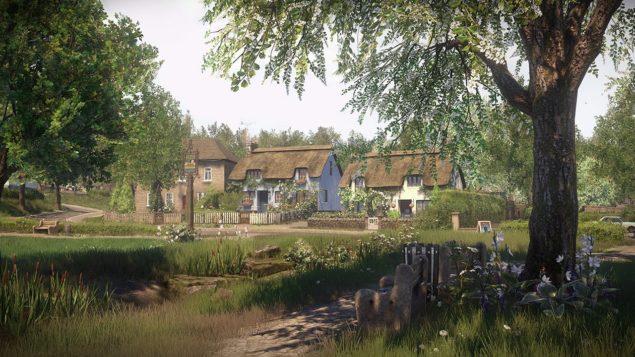 In a new interview posted on PC Gamer, The Chinese Room creative director Dan Pinchbeck has confirmed that Everybody's Gone To The Rapture is coming to PC, also revealing what players should expect out of the new version of the game, such as improved performance, new accessibility options and more.

PCG: Can players expect any visual enhancements exclusive to the PC version of Everybody's Gone To The Rapture?

DP: It's mainly performance—there's a framerate cap you can turn off, and with a good rig you can push up to 60fps, and obviously you've got scope for much higher resolutions. To be honest with you, we were pushing the PS4 about as far as it will go graphically, so it's not like there's massive space for improvement anyway.

What we're really excited by is the addition of some accessibility features, like a crosshair option for people susceptible to motion sickness; visual assist for hearing-impaired players; and a 'one button tilt'/simplified event-triggering feature for users with mobility issues. It's also fully compatible with most controllers and keyboard/mouse, so the core thing for us is that it's as accessible to as many players as possible.

Mr. Pinchbeck has also talked about possible VR support for this new version of the game, which is not coming at this time due to some issues.

PCG: Have you guys considered VR support for the PC version?

DP: Not at this point—that would be really complicated given Playstation VR is out later this year. It's a tough call anyway as Rapture's just one large open world, so it's very challenging to cram all that into the kind of performance specs you need. An official VR port would have to be led by Sony of course, but it's here on PC so you never know.

Everybody's Gone To The Rapture is now available on PlayStation 4 in all regions. The PC version of the game has been submitted to Sony (which will publish the game on Steam as well) and should be released soon.

Everybody’s Gone to the Rapture Dev: Loved Working On PS4, Would Love To See The Game On PC