AMD has also launched their latest VR Ready Crimson 16.3.2 Drivers which deliver VR support to many GCN cards that have been recommended by AMD for VR Gaming including the flagship Radeon Pro Duo which is being launched this quarter. The driver also supports the latest Oculus SDK v1.3 and uses the latest LiquidVR features that give GCN based cards a good boost in performance by taking advantage of Async shaders.

Note: AMD has provided the link to the drivers below but they haven't gone live yet. AMD has assured that the drivers will be available shortly. 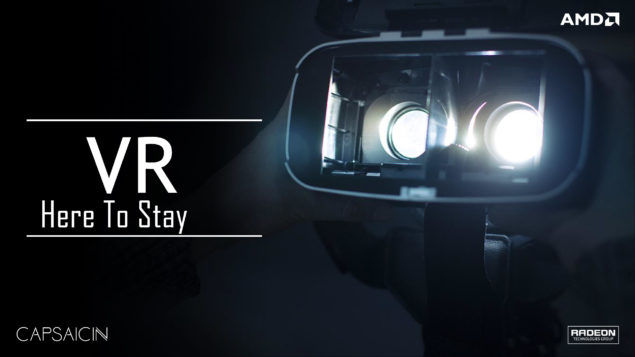 The Crimson 16.3.2 drivers have two important features, one is that they deliver VR support on Radeon cards. The second is that they come with the LiquidVR technology which is AMD's software suite to provide devs and content creators the tools to harness the power of GCN architecture in their applications. The key features of the LiquidVR SDK include Asynchronous Shaders, Affinity Multi-GPU and Quick Response Queue. AMD plans to build an entire VR ecosystem around LiquidVR which would help current and upcoming GCN cards to provide the best performance to users in VR content. 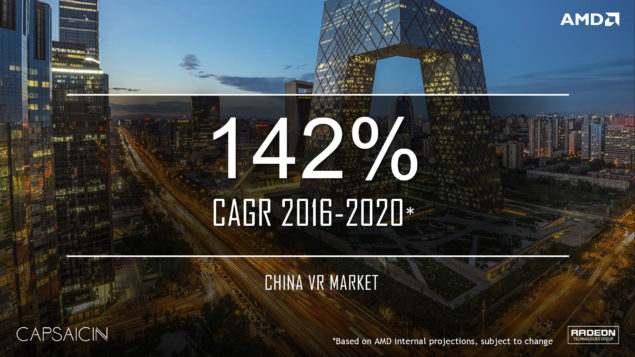 AMD themselves have previously stated that their products are powering 83% of VR systems around the globe. This is quite a huge figure but as of right now, only 1% of the installed PC market has VR ready systems. Taking in mind that the entire Windows PC install base in around 1.4-1.5 Billion in 2016, this is a very low install base and to change that, the system requirements of having a VR ready system have to be fulfilled by faster yet less costly hardware components. Major markets such as China are expected to see a 142% VR Growth rate in 2020 which will be made possible with next generation hardware and better software side support in the VR market.

Oculus Rift starts shipping today! People have been dreaming about immersive high-end VR for decades, and now the Rift is here and AMD is ready.

To align with this major VR milestone, we are releasing a new driver: AMD Radeon Software Crimson Edition 16.3.2 Driver includes support for the Oculus Rift SDK v1.3 – as well as the Radeon Pro Duo – and is optimized for the Rift, offering the most stable and compatible driver for developing VR experiences on the Rift to-date. 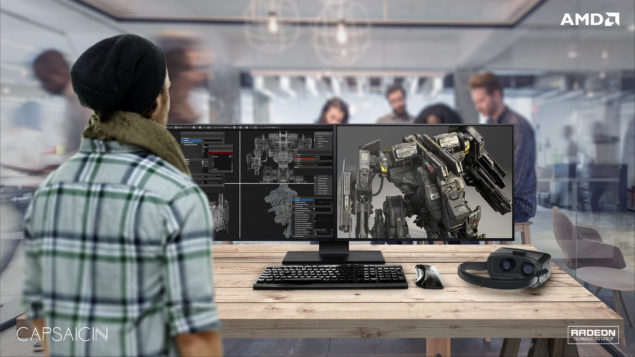 AMD has partnered with HTC, Oculus and Sulon to provide the best support for their cards in VR experiences. The latest driver make sure that all recommended GCN cards (R9 290 or above) are set for VR content and the flagship Radeon Pro Duo is fully utilized to deliver the best content creation power to developers. Expect the drivers to go live shortly.