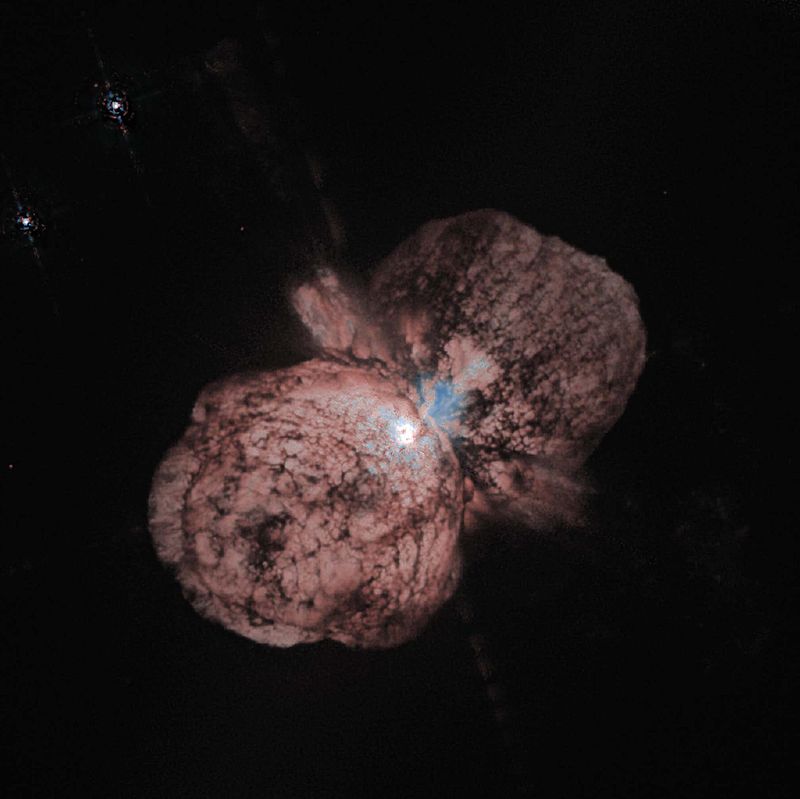 It has been a long time since a major stellar battle happened. Astronomers have managed to photograph a similar violent war that has raged on and off for ages. The battle is between two of our galaxy’s most massive stars that are about 7,500 light-years away from Earth. The stellar system is a double-star system called Eta Carinae and is covered by a dumbbell-shaped nebula of gas and dust that erupted sometime around two centuries ago.

The astronomers reported in the journal of Astronomy & Astrophysics that they had taken some of the highest resolution photos of the system’s core ever recorded and this had confirmed recent guesses that astronomers had about the double-star system. Another name for Eta Carinae is “supernova impostor” because some of its eruptions are extremely violent and nearly as bright as exploding stars.

The last major eruption occurred around 1837 and it lasted for 18 years. This great eruption gave rise to its Homunculus Nebula which outshined every object possible in our galaxy, the Milky Way. The part that puzzles astronomers is these stellar eruptions and they are yet to find a reasonable answer. Eta Carinae circulates powerful winds of both gas and dust, the speeds of which reach around 10 million kph.

As this computer animation from NASA illustrates, these powerful winds are thought to give shape and feed the nebula. But no one still knows for sure how this all happens.

We still need more to understand this complex phenomenon

After about every five and half years these two stars draw close to each other in a phenomenon called periastron. Their last periastron stage was in August 2014 and just before that the Very Large Telescope Interferometer (VLTI) which is run by the European Southern Observatory (ESO), managed to capture the core of the Eta Carinae. 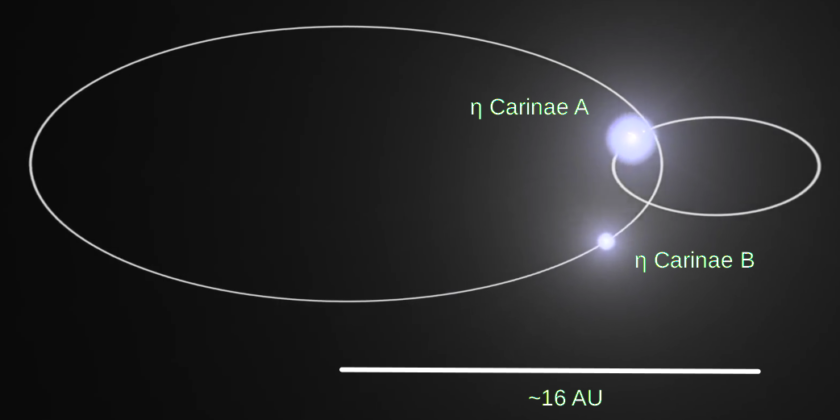 The image from VLTI doesn’t show much but atleast it gives us an idea why the Eta Carinae is so bright and violent. 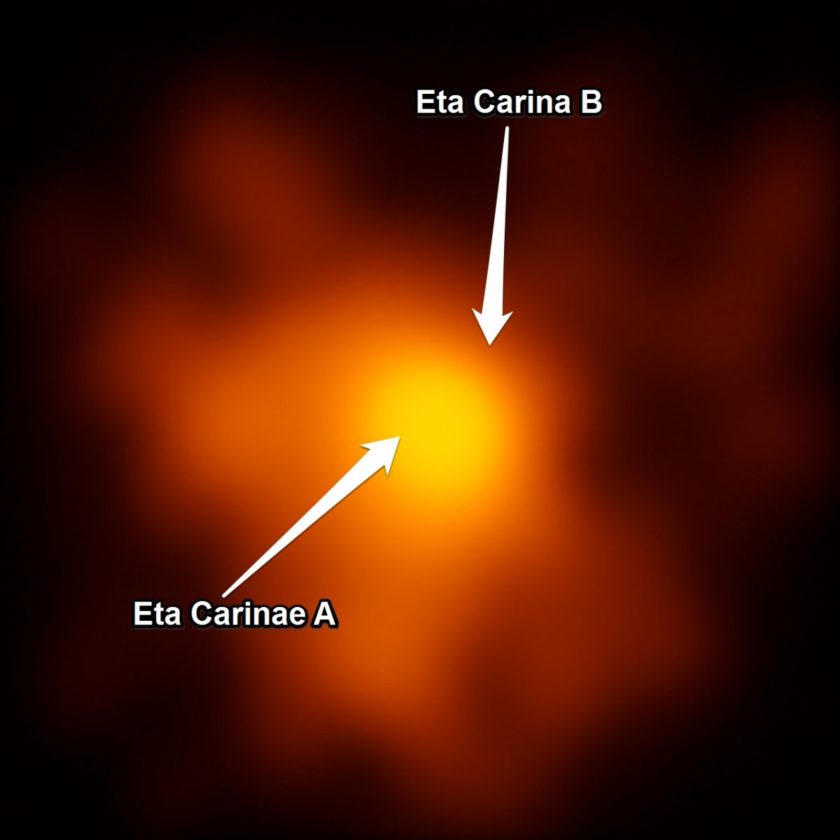 "Our dreams came true," Gerd Weigelt, an astronomer at the Max Planck Institute for Radio Astronomy, said in an ESO press release about the new image.

"[W]e can now get extremely sharp images," he said, which creates "a unique opportunity to improve our physical understanding of Eta Carinae and many other key objects."

It is possible that in the near future we will be able to use these detailed images to understand the reasons for these bright outbursts in the Milky Way. Till then we will just look at these pictures and be amazed, we will keep you updated on any news that surfaces regarding this stellar battle as soon as we get it. Do let us know your views in the comments below. To learn more about the stellar system you can go here.