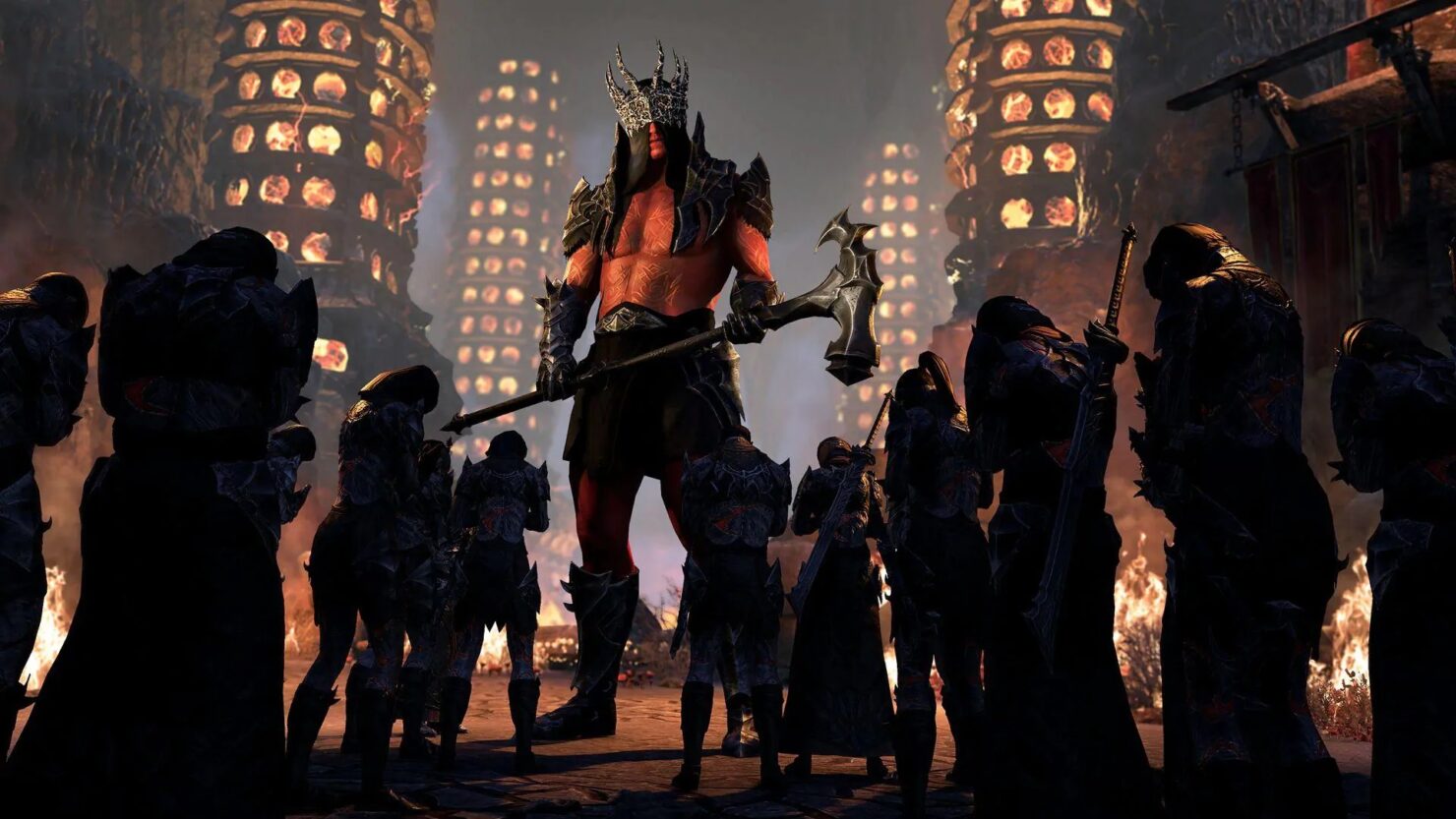 A new Elder Scrolls Online DLC called Flames of Ambition is now available on PC and Google Stadia. The DLC adds two dungeons while kicking off the year-long Gates of Oblivion story.

Team up with the adventurous Wood Elf scout Eveli Sharp-Arrow and search the hidden archives of the Black Drake Villa before the mercenaries of the True-Sworn put it to the torch. Take note, while the once-proud mansion is now home to monsters and arsonists, it contains many puzzling secrets and pathways just waiting to be uncovered by eagle-eyed adventurers.

The cult of the Waking Flame has enslaved the local townsfolk and now excavates sinister ruins deep within a long-forgotten mine. With the help of the Dremora Lyranth, you must enter the Cauldron, battle your way through Daedric beasts and cultists, free the captives, and put a stop to their plans before they can complete their dread work.

Alongside the Flames of Ambition DLC, Zenimax Online Studios also released Update 29, which overhauls the Champion Points progression system. You can check out the full changelog here.

With the redesigned Champion System, you can better tailor your characters and their playstyles based on the way you want to play. This updated system now uses three constellation groups that reflect ESO’s gameplay and provides more options for creative and unique builds. These changes also introduce a champion bar, allowing you to slot up to four powerful passive boons for each constellation, ensuring that every decision you make with regards to how you spend your Champion Points is an impactful one.

In addition to the Champion System redesign, the team has also updated the character sheet to include additional advanced stats that were previously obscured or missing. With these additions, you can better see how changes to your character (be it via Champion Points, abilities, gear, or attributes) change its effectiveness—now get out there and craft your perfect build!

The Flames of Ambition DLC will be released next week (March 16th) on Xbox One and PlayStation 4, too. To get it, you'll need 1500 Crowns; alternatively, it's included with the ESO Plus subscription, as with all other DLCs in Elder Scrolls Online.

Elder Scrolls Online Is Headed to Skyrim Next Year