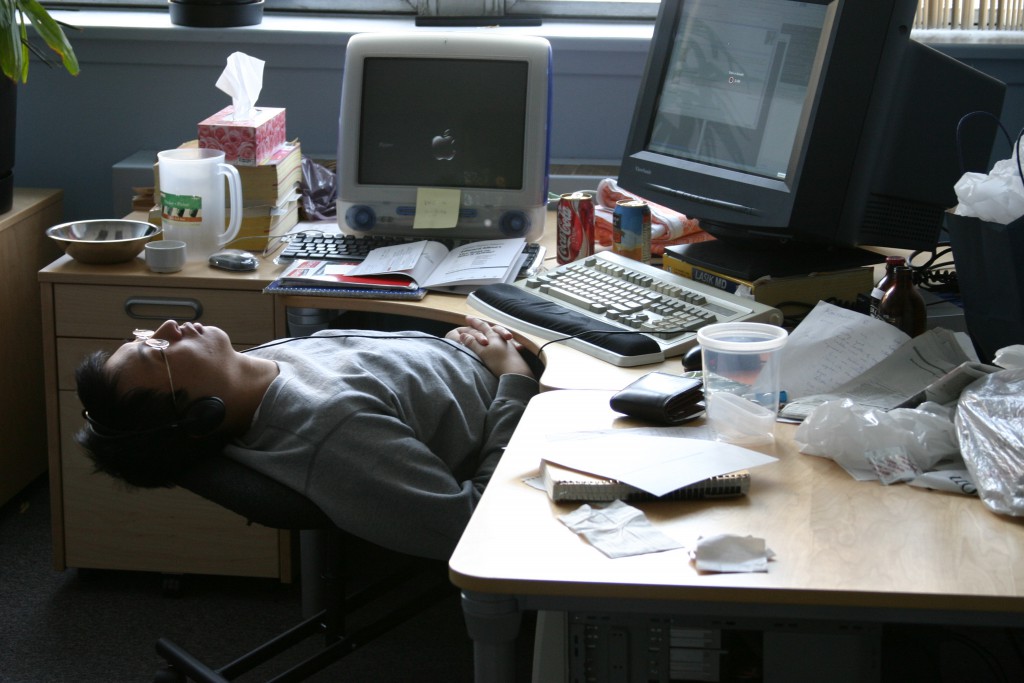 Crunch time is a known and somewhat endemic issue to the games industry where developers are basically forced to work overtime, sometimes for extended periods, in order to land a deadline (generally, the game's release date).

Waypoint posted a huge article with fourteen developer interviews conducted on the subject matter during E3 2018. One of those interviews features ESA president Michael Gallagher, who stated that crunch hasn't been a significant issue in the games industry for the last ten years.

So, this is fortunately an issue we haven't had to deal with much in my time as the leader of the ESA, and I think there's a reason for that. The wages in the video game industry are very high. The barriers to exit for employees are very low, and the opportunities to create within the industry are abundant. [There are] multiple platforms, multiple publishers, multiple companies, spread out all around the country.

The market is global, so that provides a lot of opportunities for individuals to be fully empowered. And you see those choices being made every day. We have a map called "Are we in your state?" and it is a map of what we count, as all of the video game companies, as well as locations. The number of locations is something around 3,000 around the country. So the industry has been democratized. The tools to make games have been democratized. The returns and the revenue have never been higher.

When you put all of those elements together, it’s created great opportunity for individual laborers, or the game makers, at whatever level, to make choices that empower themselves. So I think that’s why we've had less... it hasn't been a significant issue in the game industry for the last ten years.

Except that's not really what many developers have said. Amy Hennig, for instance, spoke strongly against the culture of crunch and revealed to have worked over 80 weekly hours during her decade at Naughty Dog.

When further pressed on the issue, Gallagher admitted that it can have an impact, but added that many publishers are stepping away from crunch.

What I hear about that is that, yes, where crunch is in effect, there's definite impact. But also I hear more and more publishers saying—and they're doing this for competitive reasons, for culture reasons, they're rejecting crunch, and saying “That's not how we operate.” And that is an attraction for the best and the brightest to see those opportunities and make those individual choices, to go to those companies.

I think there are different challenges in those industries and probably a lot less excitement, because our industry rules! So, that's what I would say: that there are other choices to be made and we'll see how it plays out. But yes, we're listening.

We can only hope that's actually the case, as this inveterate practice is unhealthy both for the individuals and their close ones.

Razer CEO Accused of Running the Company like a “Dictatorship,” and “Ruling by Fear”