Soon, You Will Be Able to Wirelessly Charge Your Phone From a Distance of 3 Feet 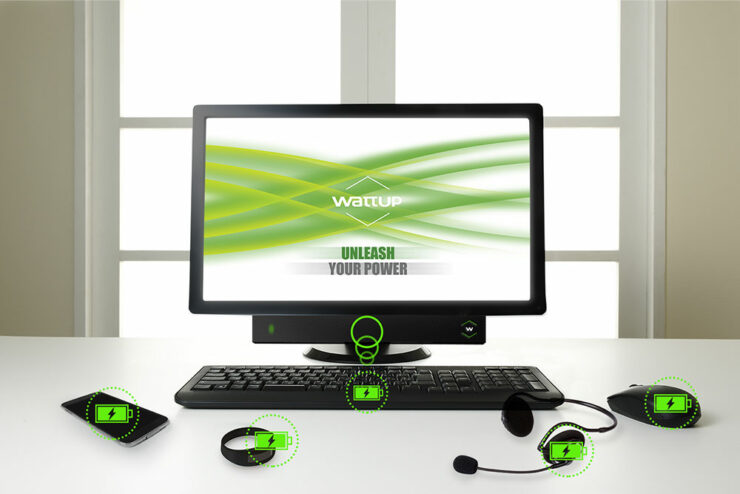 Being able to wirelessly charge your phone or wearable is a godsend but what if you could send juice to your phone over a sizable distance of 3 feet? Well, thanks to Energous and an FCC approval, all that is going to become possible in the future. Will wireless charging be able to surpass the charging prowess of power bricks?

In the near future, while we do not see that happening, but we can certainly see manufacturers taking advantage of wireless charging and making things even more convenient for you.

Thanks to the WattUP, You Can Move Around With Your Devices Without Having to Place Them in One Exact Position

According to an FCC approval, a product from Energous will be able to deliver charge to your devices ranging from phones, wearables, tablets and so much more (this will be possible if they also come equipped with wireless charging circuits like many of the phones you see right now).

The product that Energous is going to be showcasing in the future is called WattUP and will not require you to place your device in a static position. At the same time, you will not have to remove the wearable from your wrist and you'll be able to move around freely as long as the distance is within the proximity of 3 feet.

We obviously have some questions for the company and this will range from things like the capability of the charger if there were concrete walls coming in between, or something along the lines of that.

Energous is most likely going to be making an appearance at the CES 2018 trade show where it will demonstrate the WattUP. Maybe, and just maybe, we'll also get to know the pricing and availability details of the device.

Hopefully, Energous does the tech universe a huge favor and manages to price it competitively or else we'll have to wait for another manufacturer to swoop in and provide us with something similar, but affordable at the same time.