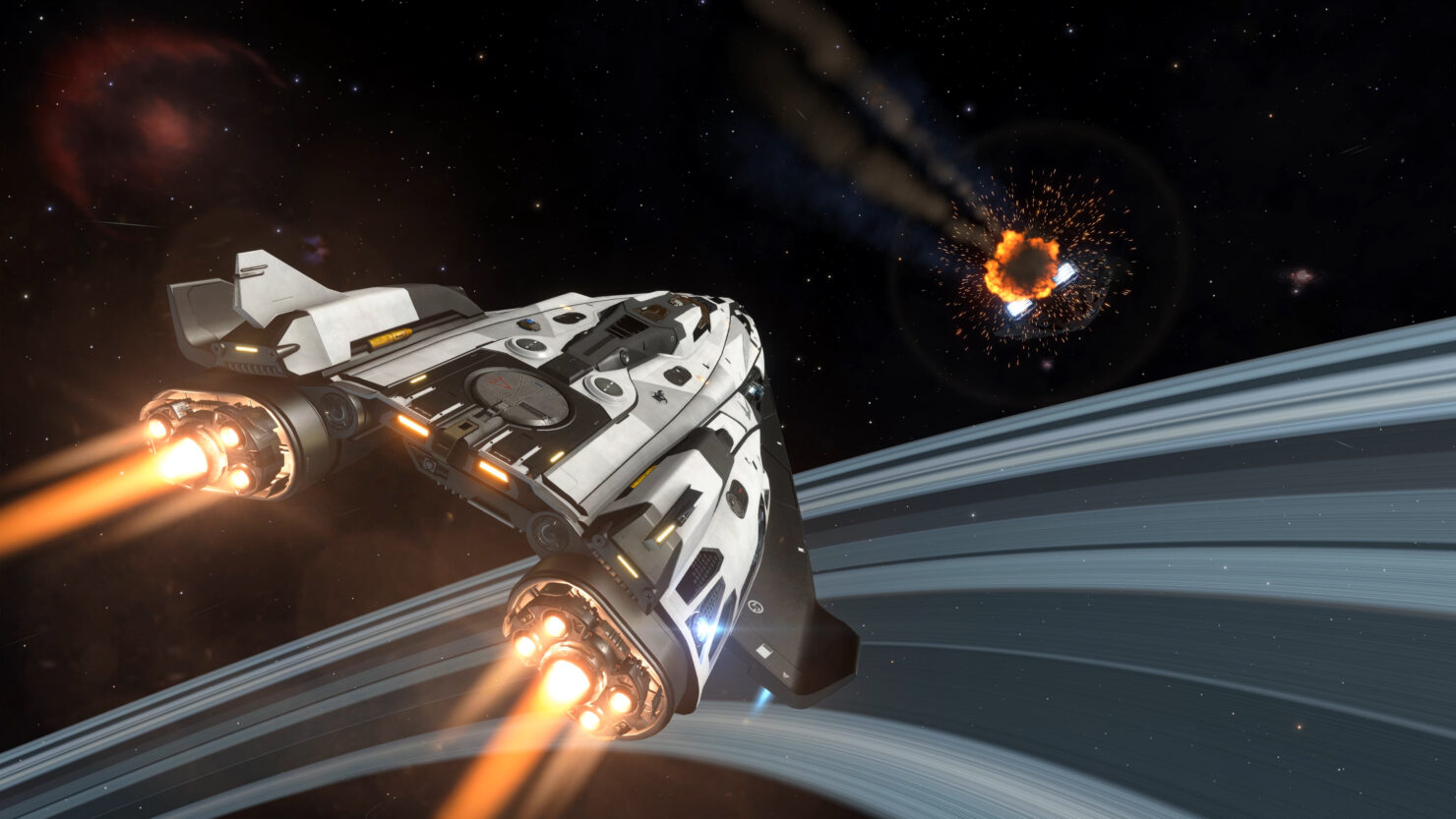 Frontier Developments is about to launch Elite Dangerous PS4, over a year and a half after the debut on Microsoft's Xbox One console.

However, so far the British studio had been very tight-lipped about the specifics of this version. This changed yesterday evening when the developers held an official Elite Dangerous PS4 live stream.

They began by saying that the PlayStation 4 and Xbox One versions of the game are very much similar in terms of graphics and frame rate. When it comes to PlayStation 4 Pro, users will be able to choose between a Performance mode and a Quality mode, which are rather self-explaining.

Still, they did not provide the exact specifics of the native resolution and frame rate available in these modes. What they did say is that at launch there won't be support for 4K resolution, thus implying that the resolution on PS4 Pro will be lower, nor supersampling for HDTV owners. Furthermore, there's no support for High Dynamic Range (HDR) displays either.

It should be noted that Frontier promptly confirmed an Xbox One X 4K patch for Elite Dangerous just after Microsoft's console was officially unveiled during the E3 2017 briefing.

Finally, there's no word yet on whether Elite Dangerous PS4 will support PlayStation VR in the future - for the time being, it does not.

In related news, the Thargoids aliens are coming with the Horizons 2.4 update, scheduled for Q3 2017. CEO David Braben said:

The Return will be a dramatic ongoing event for the Elite Dangerous galaxy. Story events have hinted at the Thargoids’ return for a long time, but the Thargoids are returning at a moment when humanity is at its most divided. The Federation and Empire are at each other’s throats, a second tiny human-occupied bubble has scattered humanity’s greatest pilots, and Thargoid scout ships are drawing near. They have already probed our space, infiltrated our starports and found humanity to be vulnerable. What happens next will be decided by every Elite Dangerous player.