In addition to the recently announced support for SteamVR, Frontier Developments also has announced a new competitive community event that you can participate in. 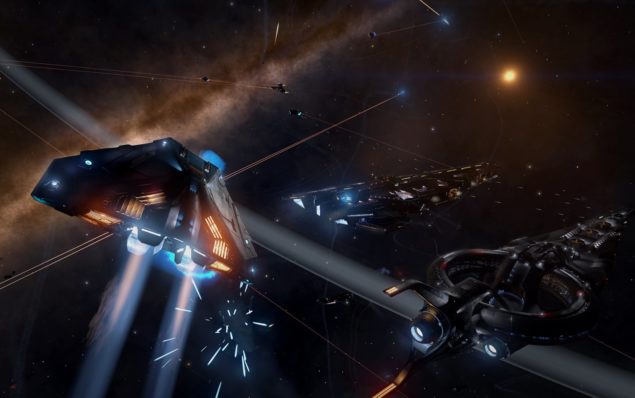 Mayhem is a CQC dog fighting frenzy for those that have access to the 'open gamma' release of Elite: Dangerous 1.4.

IF you happen to be participating in the open 'gamma' program (their version of a beta), then you'll be able to be part of the Mayhem CQC event happening right now and will go for the next two weeks. This is just the first of many different sponsored events to help increase interest and get players involved with the game and with helping test out the developmental test galaxy.

CQC is a hugely anticipated addition to Elite: Dangerous, adding a bit more excitement to the usual PvP fare, letting you compete against each other with different objective types, letting you capture the flag, participate in classic all-out deathmatch or even a team deathmatch mode. Crucially, the entire galaxy map can be used, meaning you can fight across the entire 100,000 light years of the Milky Way.

Elite: Dangerous 1.4, along with the CQC add-on will be a free update that launches in October for PC, Mac and Xbox One.