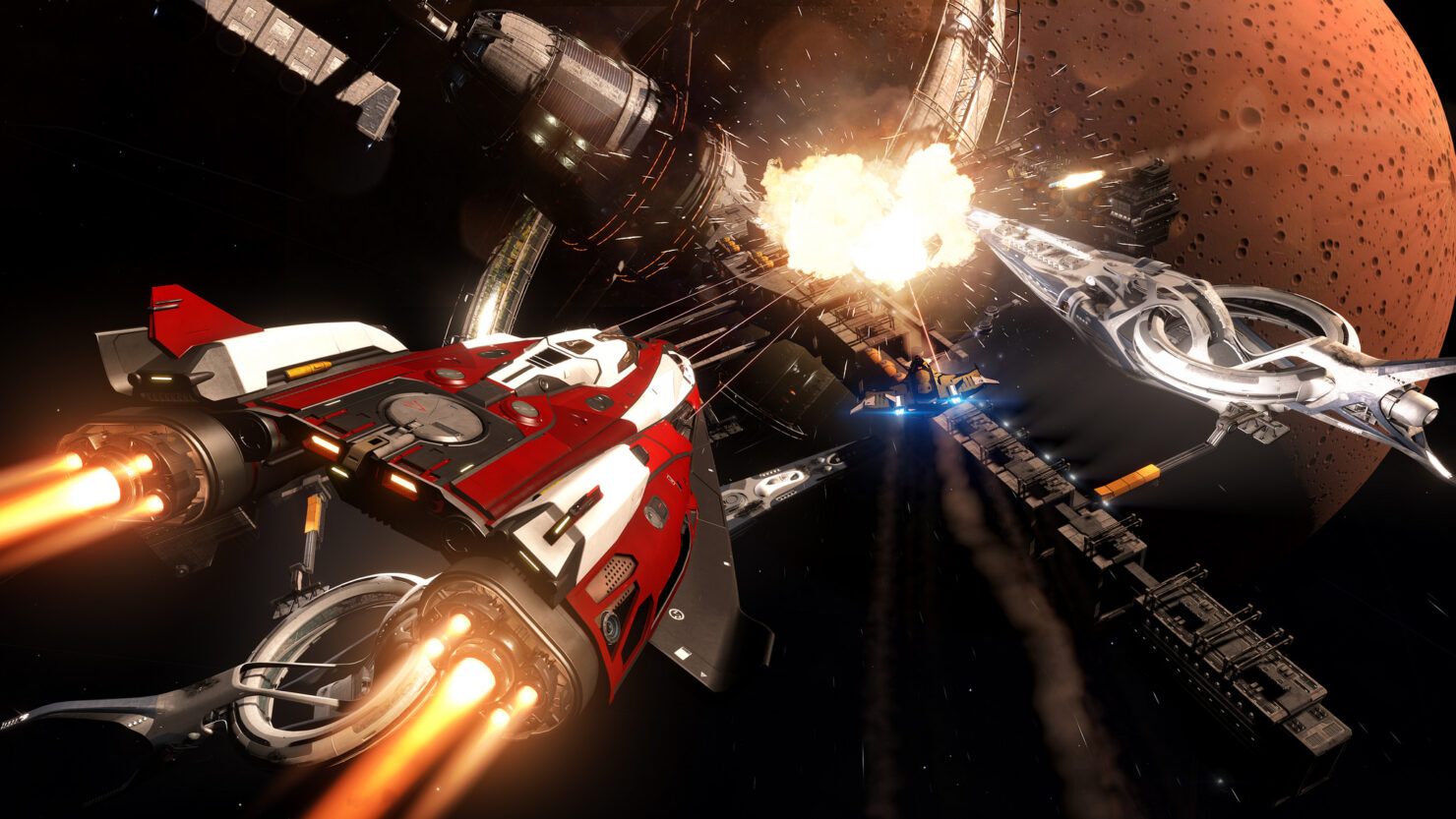 The Elite: Dangerous community has been looking for aliens since the game's release. Ruins of their spaceships were found in the past, but nothing more concrete.

However, Xbox One player DP Sayre recently had a surprisingly cinematic encounter with an alien race called Thargoids, at long last. You can watch the entire video below; the aliens disabled his/her ship and closed in for observation, before speeding away. Only at that point, the player's spaceship became functional again.

Needless to say, speculation abounds right now in the Elite: Dangerous community. Are these Thargoids hostile? Will they become antagonists in the game? For now, Frontier Developments is keeping silent, though they have acknowledged the encounter.

A report just coming through that a CMDR has experienced something... strange. https://t.co/NJVhHWe4eB

Elite: Dangerous is the sequel to 1995's Frontiers: First Encounters. The space simulation and trading game launched in December 2014 for PC and October 2015 for Xbox One; Frontier Developments announced at the PlayStation Experience 2016 that the game will also become available on Sony's PlayStation 4 in Q2 2017 with full PS4 Pro support.