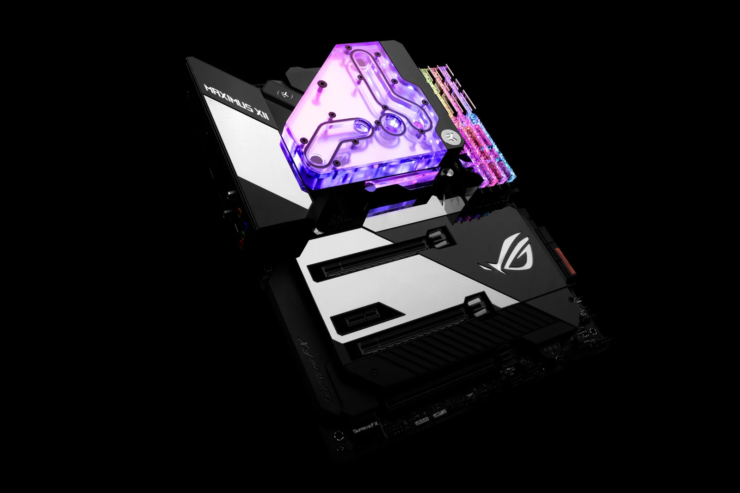 The EK-Quantum Momentum VRM Bridge is the only off-the-shelf solution that will bridge multiple liquid cooling components with a unique mounting mechanism. It is specially made for the ROG Maximus XII Formula, and upgrading from any previous motherboard will be easy since you’ll be able to reuse any of the existing Intel-socket-compatible EK-Quantum Velocity CPU water blocks. 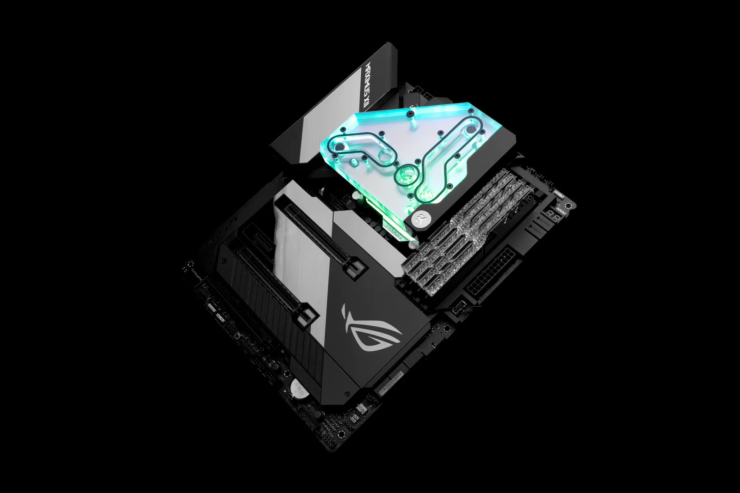 EK’s RnD team spent countless hours developing and perfecting this VRM Bridge solution. And since diamonds are made under pressure, after several iterations, the result was a second to none diamond-shaped product that impeccably integrates with aesthetics of the ROG Maximus XII Formula motherboard. 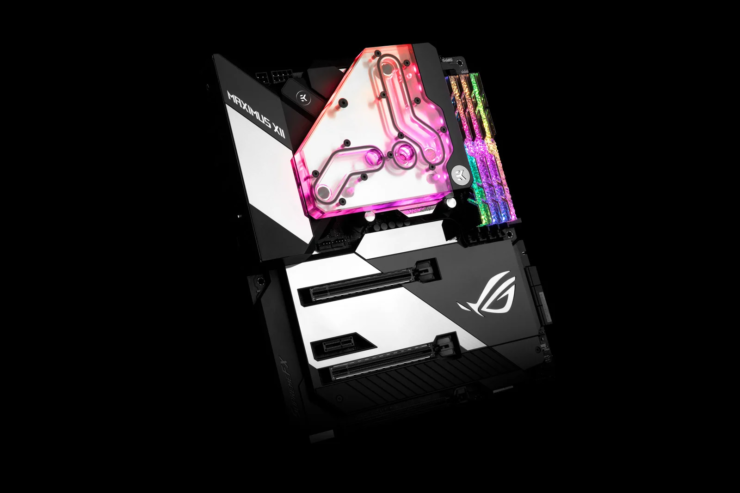 The voltage regulating module cooler of the Formula motherboard has two operating regimes – the CrossChill EK III lets you cool the VRM with either air or water. Water cooling will provide lower temperatures, and in doing so, improve stability during high overclock frequencies. The redesigned cooling channels inside the cooling block have wider copper fins, delivering up to 37.2°C lower MOSFET temperatures when cooled by water.

Replacing Tubes With A Bridge That Has Never Been Seen Before

The new EK-Quantum Momentum VRM Bridge will replace the standard approach to connecting the integrated CrossChill EK III with the liquid cooling loop. Instead of using several angled and four tubing fittings, you only need EK’s VRM Bridge (plus two fittings that would be used on the CPU block anyway). The Bridge acts as a single entity, channeling coolant through the CPU water block and VRM cooling block with two connection points.

A unique mounting and locking solution have been developed exclusively for the EKWB EK-Quantum Momentum VRM Bridge. Here at EK, we care about design, form, and functionality, which drove EK to develop this patent-pending mounting mechanism. The user-friendly locking system is operated in just a few simple steps. This allows for the CPU water block and the integrated ROG Maximus XII Formula VRM cooling block to be connected in a few minutes. There is no need to mount several angled fittings, cut tubes to size, and then connect all that together – the EK Bridge solution simplifies the whole process.

The EK-Quantum Momentum VRM Bridge ROG Maximus XII Formula D-RGB is CNC-milled out of a single piece of high-grade glass-like cast acrylic top cover. The entire VRM Bridge slides onto special nickel-plated barb push-in fittings, while the 2mm thick stainless-steel base plate acts as the locking mechanism that latches to the barb fittings.

The EK-Quantum Momentum VRM Bridge ROG Maximus XII Formula is made in Slovenia, Europe, and is available for pre-order through the EK Webshop and Partner Reseller Network for $121.99. This product is expected to ship out on the 20th of May 2020.