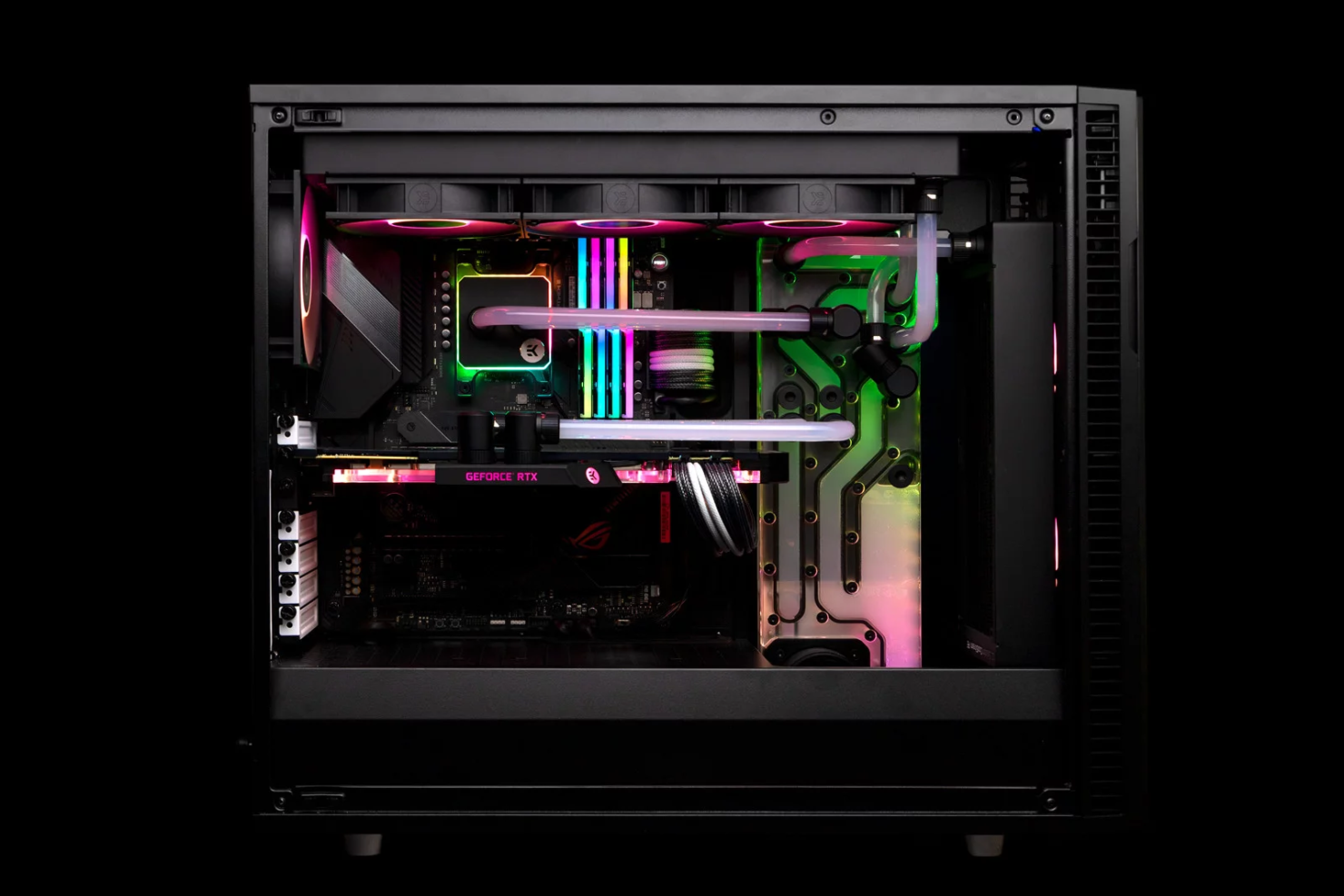 It is designed to simplify the process for beginner PC builders who are entering the hard tubing custom loop liquid cooling world, as well as to bring the slim-lined EK Quantum aesthetics to an already elegant case. 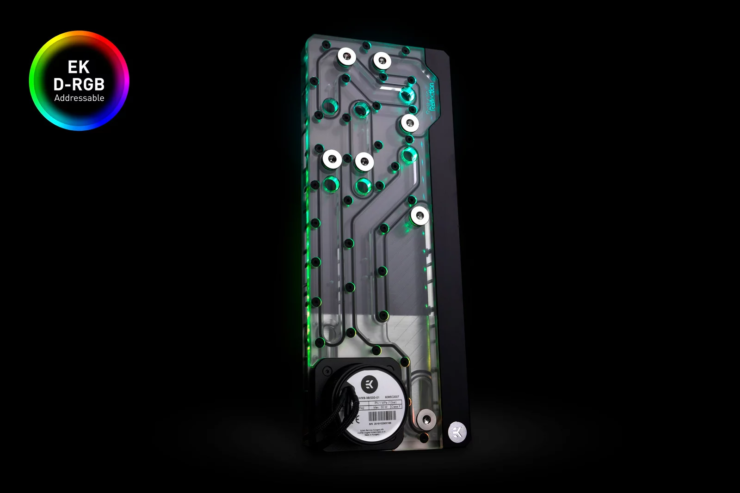 The EKWB EK-Quantum Reflection Fractal ATX D5 PWM D-RGB offers an all in one solution that includes a D5 pump, reservoir, simple mounting mechanism, and multiple industry standard G1/4″ threaded inlet and outlets. The placement of these inlets and outlets is perfectly aligned to match other EK cooling components to minimize the number of bends the user has to make when creating the loop. The distro plate can support up to one CPU water block, two GPU blocks, and two radiators. 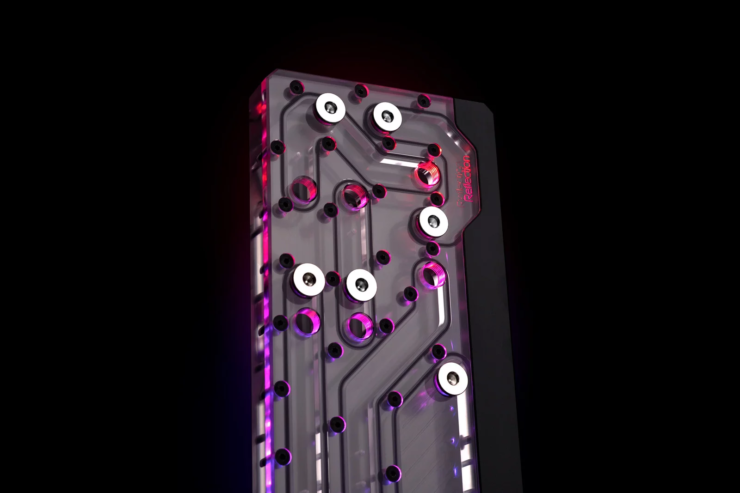 The radiator compatibility per case is as follows (top+front):

Engineered to be mounted next to the motherboard, the EKWB EK-Quantum Reflection Fractal ATX D5 PWM can fit elegantly within the supported Fractal Design cases. The built-in addressable D-RGB LED strip runs down the entire length of the unit while the anodized black aluminum cover hides the unwanted LED hotspots. The installed addressable D-RGB LED strip connects to the motherboard 5V D-RGB (A-RGB) header via an industry-standard connector. It is compatible with all major motherboard vendor software for a coordinated lighting effect. Other excellent and recommended addressable D-RGB controller units are EK-Loop Connect and the handy Fractal Design Adjust R1.

This water distribution plate comes with a powerful, silent, PWM-controlled genuine D5 pump. Being a part of the EK Quantum Line, this is a premium product that has enough power to give excellent performance with multiple blocks and radiators. The reservoir is made of CNC-machined cast acrylic material for the glass-like appearance and rigidity. 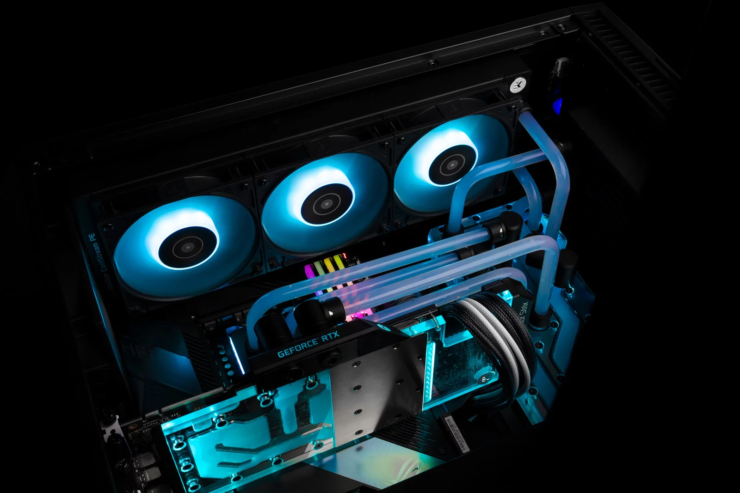 EK-Quantum Reflection Fractal ATX D5 PWM D-RGB – Plexi distribution plate is available for pre-order through the EK Webshop. This product is expected to start shipping on the 23rd of March 2020 for $289.99.