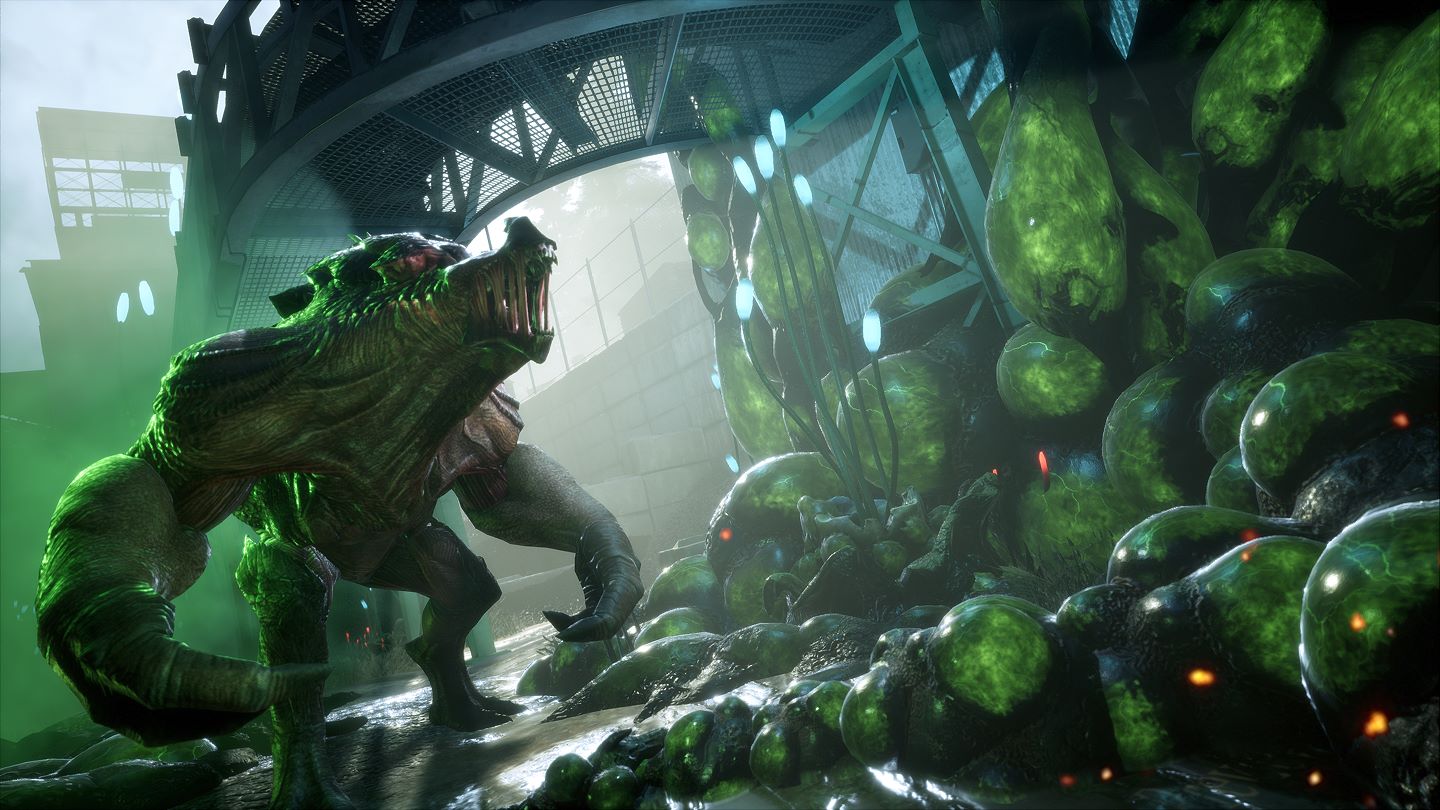 With Left 4 Dead, Valve and Turtle Rock Studios spawned a whole new genre, the cooperative first-person shooter, but quickly left the market (Left 4 Dead 2 launched in November 2009). Only recently Fatshark managed to captivate a significant portion of this niche with the two Warhammer Vermintide games, but that doesn't mean there's no demand for more variety.

Earthfall, for instance, is set in the Pacific Northwest where a ragtag of survivors bands together to fend off an alien invasion. We chatted with Collin Moore (PR, Marketing and Community Manager at Holospark) ahead of tomorrow's launch on PC, PlayStation 4 and Xbox One to find out what makes the game stand out from competitors.

How useful was the feedback of players during the Steam Early Access phase? Do you have an example of something you have tweaked based on that?

Throughout Early Access, we have received tons of feedback on Earthfall which has helped us make the game better in every way. From the initial feedback that put our focus on improving performance to recent discussion on our weapon audio and the overall sound mix, the community feedback has helped the improve quality of the game. If there is one area that the community has helped us the most, it has been tuning the difficulty.

We read and review everything that people have posted as well as review play session
analytics. Combining the two of these together has allowed us to fine-tune the difficulty
in Earthfall to really nail that “edge of your seat” co-op experience.

You have said that the game will feature ten missions across two campaigns. Do you have any plans to add more missions and/or campaigns after launch? If so, will the DLC be free or paid and do you have any ETA yet for the first one?

Of course, we’re excited to be building out more content and we have lots of ideas on what we could do next, but we’re waiting for player feedback to help guide our post-release development roadmap.

Is there a chance to see other regions of the United States (or the world) other than the Pacific Northwest in future DLC maps?

What is it that you believe sets Earthfall apart the most when compared to other titles in the genre?

There are a number of things that set us apart. First, we’re a shooter through and through, and we’ve spent a lot of time on making the guns look and feel great. Second, we have a deep backstory with our alien invasion, and our missions do a great job of telling that story without stopping the action. We’re also set in the future, so we’ve got cool new tech like 3D printers to print your weapons, portable barricades you can set to create chokepoints, automatic turrets to set up kill zones, and more science fiction weapons like the Valkyrie that can atomize enemies.

And that’s just the start. As we continue on Earthfall, you’re going to see the world change over time as we introduce new weapons and aliens to fight.

Did you consider a PvP-style mode in the vein of Left 4 Dead's? Is that a possibility?

From the very start of Earthfall, we were 100% focused on making a great co-op experience because that’s a play style that isn’t well represented right now. We love PvP games, but as a small indie team, we had to focus on doing one thing great instead of two things half-great.

Perhaps the biggest game right now in this genre is Warhammer Vermintide 2, which improved on the first game by adding a full-fledged loot system. Is this out of the scope for Earthfall right now and perhaps only possible in a sequel?

Our goal is to build a great co-op game that’s a ton of fun and expand from there. We have a lot of great feature ideas for the future, but doing them right takes time, so we have to prioritize. Once we’ve launched, we’ll look at the player feedback and start solidifying our roadmap.

The game runs on Unreal Engine 4. Did you consider porting Earthfall to the Nintendo Switch console yet?