About a month ago, we've reported NVIDIA's announcement of a major GeForce Experience update in September that would have enabled GameStream Co-op, allowing similar features to PlayStation 4's Share Play. 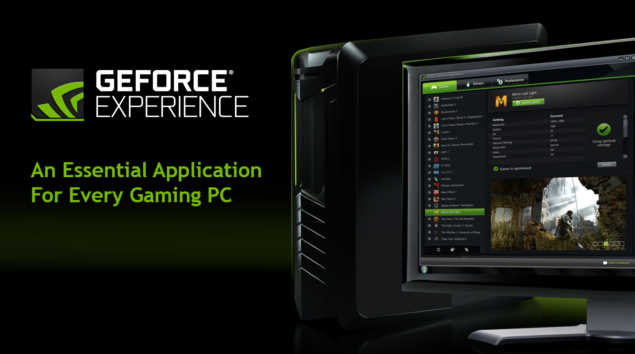 The GeForce Experience Early Access Share beta is available now; you won't get any update on your client, which is probably because NVIDIA wants only dedicated users to try this at the moment.

The small download (37,9 mb) will update your GeForce Experience software to this beta version. A new "Share" tab is added under Preferences, and this is where you control every option of the sharing experience.

Here's a list of the new features as advertised by NVIDIA.

Since the initial release of ShadowPlay, gamers have asked us for an easier way to access the feature in-game. We are now releasing a new in-game overlay that lets you quickly access Recording and Twitch Broadcast features. 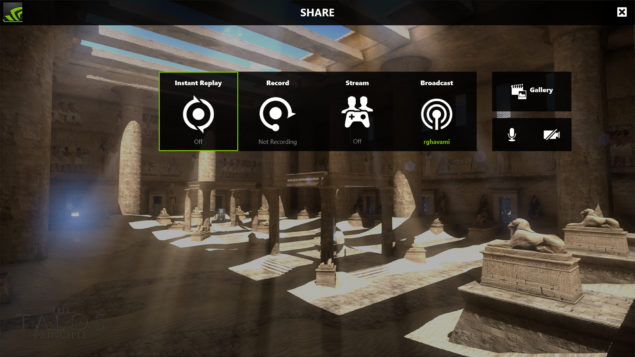 In addition, gamers can now save and upload directly to YouTube from within the game through the new Share overlay by selecting the Upload option. Trim and title the video and send it right to YouTube. There is even a Gallery option to view and upload recently captured video. 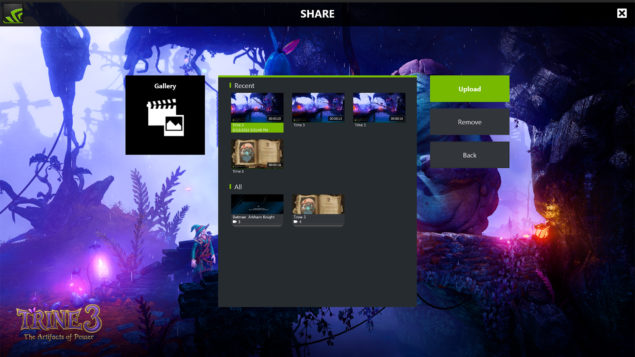 This release also brings a cool new feature called GameStream Co-op that lets you stream your game over the Internet to a friend and play together cooperatively – just as if your friend was sitting in the chair next to you. Using Gamestream Co-op, you can now get help on a tough level, play in co-op mode, or just do a real-time 1:1 live stream with your friend. It's fast, fun, and a whole new way to enjoy PC games.

If you decided to opt in the GeForce Experience Early Access Share Beta, let us know what you think of it in the comments section.