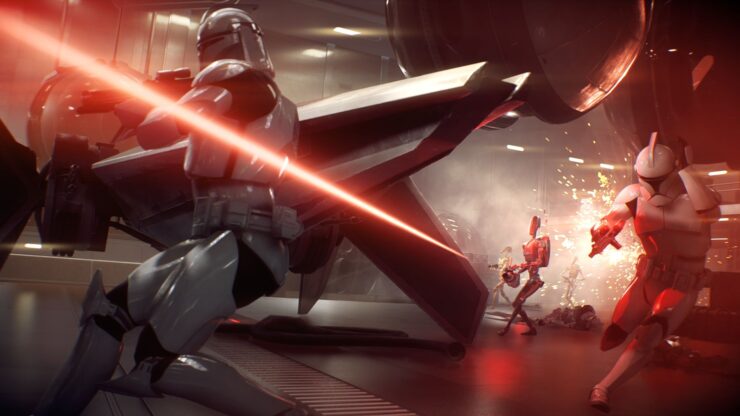 It appears that this person wasn't a developer after all, as pointed out by Kotaku.

As covered earlier, the Star Wars Battlefront community is in an uproar following the publication of a spreadsheet that suggested that it would take 40 hours of gameplay to unlock just one of the many heroes available in the game. Following the community outrage, EA developer Sean (@BiggSean66) took to Twitter to point out that the published spreadsheet is wrong as many factors haven’t been taken into account.

Following his comments on Twitter, Sean has now received 7 death threats from ‘fans’ and more than 1600 personal threats. "So I'm up to 7 death threats, and over 1600 individual personal attacks now (and yes, for legal reasons I'm keeping track)", he tweeted. "And why, you might ask? Because of an unpopular feature in a game."

So I'm up to 7 death threats, and over 1600 individual personal attacks now (and yes, for legal reasons I'm keeping track). And why, you might ask? Because of an unpopular feature in a game.

He added, "Right? Over a freakin video game. I been getting used to it, as this has happened over the last 48 hrs, but then when telling my wife about it just hit me so hard when! This is a video game FFS!"

Right? Over a freakin video game. I been getting used to it, as this has happened over the last 48 hrs, but then when telling my wife about it just hit me so hard when! This is a video game FFS!

Interestingly, Sean states that he hasn’t even worked on Star Wars Battlefront II, but is accused of lying down with ‘dogs’ nonetheless, thereby referencing to publisher EA.

“So, you say in one sentence the threats are wrong, but then justify them in the next because I "lie down with dogs"?”, he tweeted “So essentially if I work with EA, well then I have it coming...? Nice ?”

Surely, things are getting out of hand when people are receiving threads, even more concerning death threads, over an unpopular feature in a videogame.

Meanwhile,  Star Wars Battlefront II’s designer director, Dennis Brännvall, has replied to some of the game’s progression comments on Reddit.

Apologies for not being more active these past weeks leading up to launch - as you know things get really hectic and you tend to spend whatever spare freetime you have recovering. I really regret not being here on the subreddit at the start of the early access. Hopefully some of these replies will bring some clarity and hope.

Working on a game with a live economy and without a premium content lineup is a new challenge for us at DICE. We had one progression system in the closed alpha and heard your feedback back then. We made another iteration for the open beta and heard your feedback then too. For launch, we're having another iteration and there will definitely be more iterations as we evolve this game post launch.

Your continous feedback as you play the game is absolutely invaluable and I encourage you to keep sending it our way. There is really no reason to "rebel" against us - we want this game to be as great and enjoyable as it can be - we're reading all your feedback and working as fast as we can to adjust the game to your liking.

The dev team will be around Battlefront II for a long time. I sincerely hope you'll be here with us!