Apple In Talks To Incorporate e-SIM In Its iPhones

After announcing its power induced iPod Touch, Cupertino smartphone giant Apple is currently in talks with mobile standards organization GSMA to introduce electronic SIM cards, or e-SIM for short. Apart from Apple, the company’s biggest rival in the smartphone industry Samsung is also in talks with the same organization. GSMA will most likely be announcing the creation of a standardized embedded SIM card for consumer devices, and if the talks go through to the end, Apple and Samsung will be rolling out their first ever devices to sport an e-SIM. 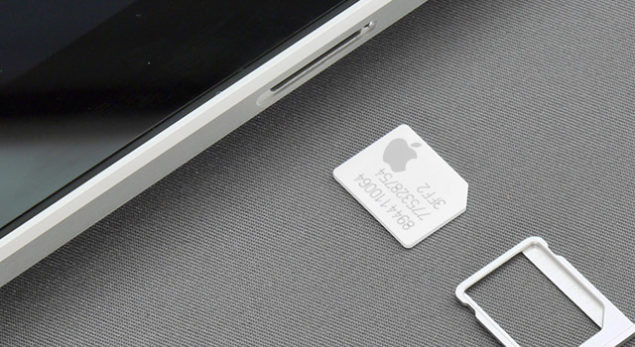 The Financial Times reported that the introduction of an e-SIM will would allow consumers to prevent being locked in a dedicated mobile carrier. In this way, they will be able to choose the network of their choice and choose instantly if they are dissatisfied with the pricing or the service that they have paid for. If these talks go through, the carrier networks that are expected to be on board with the new e-SIM standard with be as follows:

According to GSMA’s CEO, Anne Bouverot, states that all involved parties will be:

“Heading towards an agreement.”

However, before you get excited about changing your carrier network instantaneously, you should be warned that due to the technical specifications of the e-SIM, it might take at least 12 months before it can be found in mobile devices. The source states that GSMA said the following:

“With the majority of operators on board, the plan is to finalise the technical architecture that will be used in the development of an end-to-end remote SIM solution for consumer devices, with delivery anticipated by 2016. We have got everyone back on one point, with Apple and Samsung agreeing to be part of that specification. We have been working with them and others to create an industry solution for machines and will agree a solution for consumer electronics.”

GSMA has currently not given the e-SIM deal taking place between Apple and Samsung the green light, but the firm is “continuing to work with Apple to secure their support for the initiative and is still in progress.”

In 2014, Apple decided to take things down a different road by opening up carrier access on some of its products by introducing an Apple SIM card for cellular versions of both of the company’s iPad Air 2 and iPad Mini 3. This flexible option allowed consumers living in the United States to effortlessly switch between carriers as they saw fit.

Even though the e-SIM standard has been under consideration for several years, several carriers have protested against it, primarily because they will not be able to milk money off consumers if they continue to switch between carriers. However, it looks like in the future, these companies will have no choice but to comply with revised regulations set by GSMA.

Looks like we are going to have to wait for 2016 to start for e-SIM to make its way in to mobile devices.

Apple Rumored To Roll Out Curved iPhones By 2018