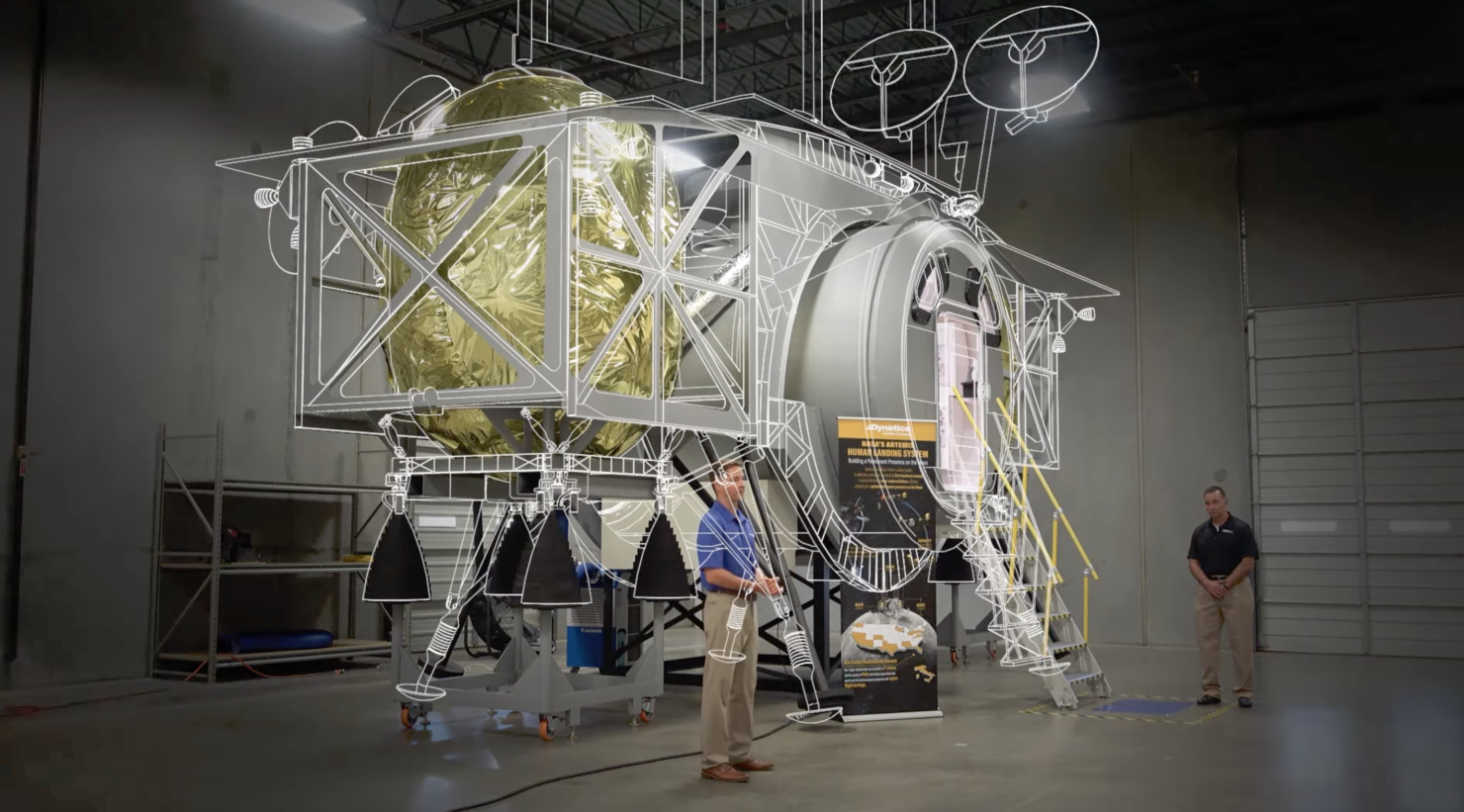 Dynetics Inc has provided updates on its Human Landing System for NASA's lunar lander contract today. The company is one of three who were awarded grants by the space agency in April to construct landing vehicles that will form a crucial part of NASA's Artemis program that intends to establish a permanent presence on the lunar surface.

Today's reveal, which took place in the form of a video premier, provided more details about the company's mockup for the Human Landing System. Development for the HLS has accelerated over these past few months, following the National Team's mockup that was delivered to NASA last month. This mockup consists of the Human Landing System's Ascent Element and Descent Element, with the third element a Transfer Stage, not having been delivered to NASA in August.

The purpose of the mockup is to enable crew testing and allow Dynetics to fine-tune its performance for human needs. This mockup is what the company's Vice President of Space Operations Kim Doering dubs as a 'Low Fidelity Test Article' that allows Dynetics to update the module's design as testing continues at NASA. The consortium's teams are currently testing the Human Landing System's design in areas such as component size - with volumetric models of the equipment being placed inside the mockup to enable quick testing.

Through this testing, Dynetics' team which also includes NASA astronaut Colonel Lee Archambault, will determine the correct positioning and sizes of the vehicle's different components. These components include the HLS' windows, items, hatches displays buttons and controllers.

More importantly, the Human Landing System will also be fully reusable – a fact that will enable Dynetics to bring down its costs and enable the development of the cis-lunar economy through facilitating carriage of "Habitats, pressurized rovers, science experiments, to in-situ resource utilization for demonstration plans for governments and commercial entities," according to the executive. 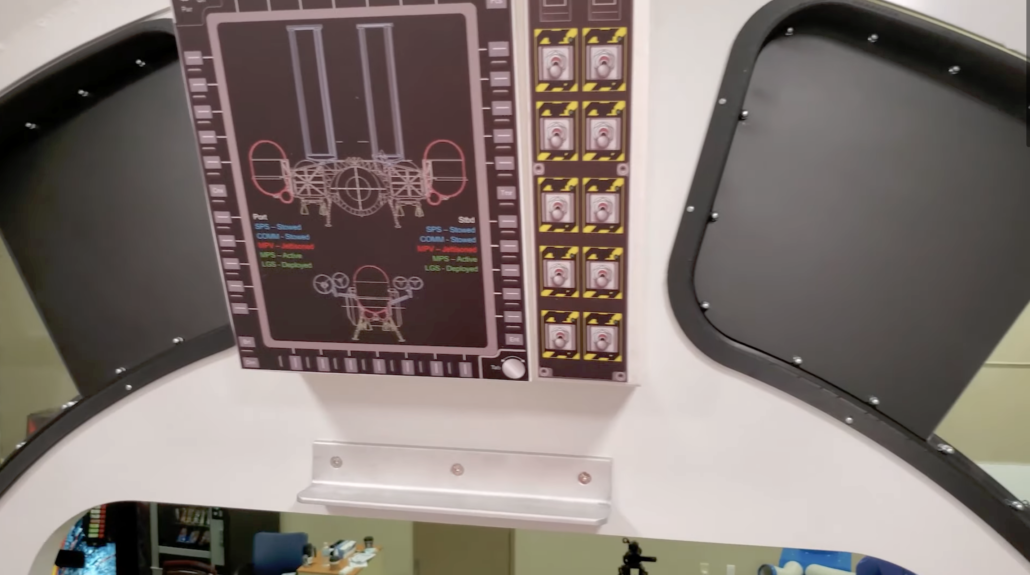 Delving into more details about the test article, Sean McDuffie an engineer at Dynetics explained that the mockup is made to full scale and is the same size as the final Human Landing System variant will be. The inside of the crew module will also be spatially similar to flight vehicles, and Dynetics had completed its construction within three months of the NASA contract award. McDuffie explained that his teams are currently evaluating the mockup vehicle's habitable volume, anthropometric accommodation, component placement orientation and intra-vehicular and extra-vehicular activities.

The Human Landing System is a part of the $976 million worth of contracts that NASA awarded to Dynetics, SpaceX and the 'National Team' led by Blue Origin and consisting of Lockheed Martin, Northrop Grumman and Draper Laboratory. SpaceX is busy testing its prototypes for the Starship upper stage spacecraft - a variant of which will compete with Dynetics and National Teams' products. The company's C.E.O. Mr. Elon Musk has also highlighted how the Starship's Human Lander variant will be different from other variants and expressed confidence in his company's capabilities to design the vehicle.

In NASA's evaluation, Dynetics' proposal was the highest-rated in the agency's technical and management factors. While NASA insists that a cross-comparison of the evaluation metrics is not feasible due to the differences in the three entities' design, such a comparison nevertheless does provide some insight into the strengths and weaknesses of the proposals.

Within the technical approach subfactor, Dynetics led the pack as it surpassed NASA evaluation thresholds for payload mass delivery, dormant operations and EVA excursions. It also requirements for RPODU (Rendezvous, Proximity Operations, Docking and Undocking), payload delivered to lunar orbit and the ability to maintain and obtain a vertical landing side orientation.

Details for the Human Landing Systems propulsion system for the ascent element remain scarce, with Dynetics' competitors Blue Origin and SpaceX set to use their in-house rocket engines for this purpose. All three of these systems were categorized by NASA as a 'significant weakness', with Dynetics system relying on immature technologies and the company's proposed schedule for its development not following in line with historical timelines according to NASA.