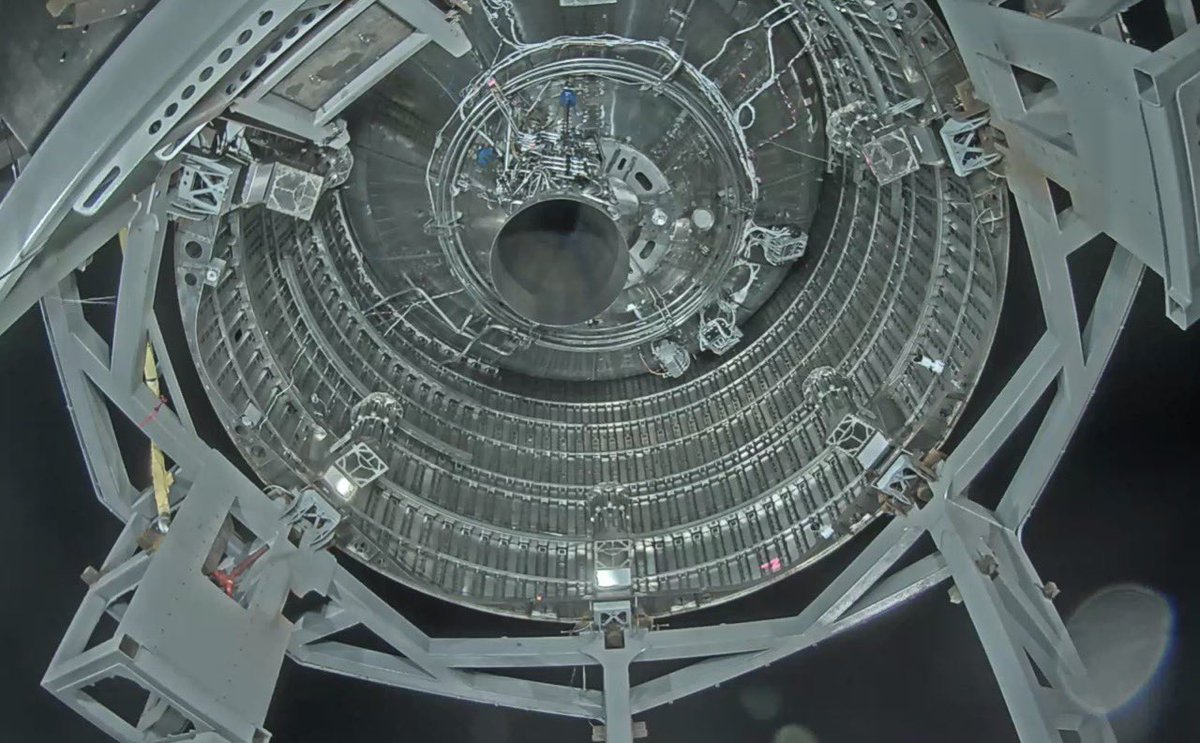 An image of the Raptor full-flow, staged-combustion, methane-fueled rocket engine visible from the bottom of SpaceX's SN4 Starship prototype. While the Starship SN4 was thought to be the first Starship prototype to conduct low altitude test flights after five successful Raptor static fires, the prototype was destroyed in May. Conserving these engines is a crucial consideration stopping SpaceX from conducting too many vehicle tests. Image: Elon Musk/Twitter

Astronautic launch service provider Space Exploration Technologies Corp. plans to conduct a medium-altitude hop of a prototype of its Starship launch platform in or after October. The details come courtesy of a filing that SpaceX's Ground Segment Administrator Ms. Krtistina Key made with the Federal Communications Commission (FCC) on Friday, and they follow statements that the company's chief executive officer and lead engineer Mr. Elon Musk made about the system at the end of last month.

Friday's filing isn't the first time that SpaceX has requested the FCC to grant it a license for a 20 kilometer hop. The company had submitted a similar application to the FCC in July, where it outlined the same parameters for the prototype vehicle's test altitude.

The Starship launch platform is divided into two 'stages', with the first of these being the Super Heavy booster and the second being the upper stage spacecraft that SpaceX also dubs Starship. For the time being, the aerospace firm is testing prototypes of the upper stage, and it has successfully conducted two such sub-orbital hops.

Prototypes that SpaceX is building and testing do not reflect the final design of the Starship upper stage, since they lack the nosecone crew and cargo quarters that will be mounted on top of the spacecraft's fuel tanks. The current prototypes consist of these fuel tanks and so far, SpaceX has conducted two hops of these modules - the first in August and the second earlier this month. Prior to these hops, the company had also conducted three flight hops of the Starhopper, which was SpaceX's first test article for the Starship launch platform.

Both hops were only for 150 meters and used a single SpaceX Raptor engine. The Raptor is a full-flow staged-combustion methane-fuelled rocket engine and a significant design improvement over the Merlin 1D engines that power the company's operational Falcon launch vehicle lineup. 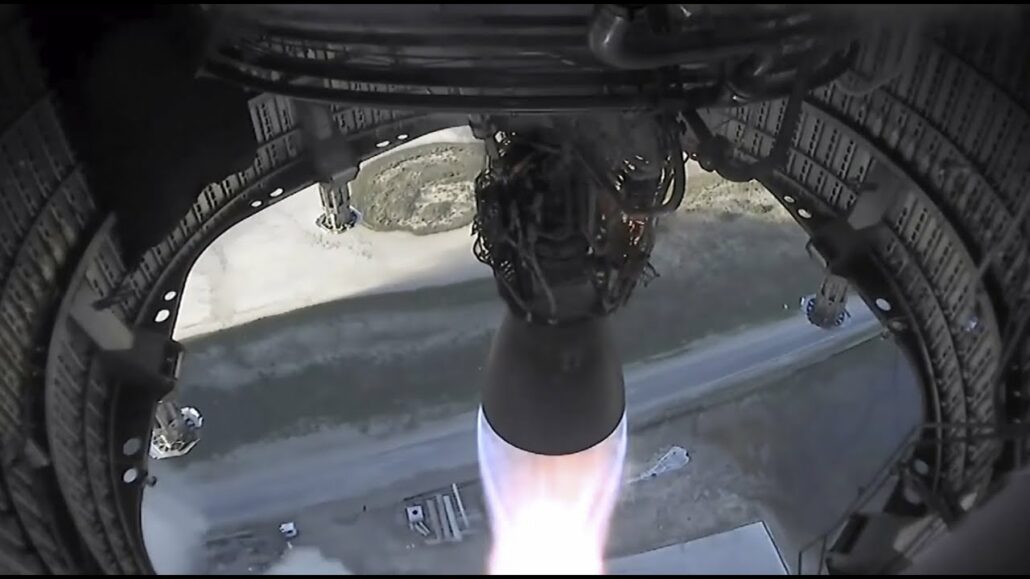 The Raptor engine is seen inside the Starship SN5 prototype that completed a successful hop on August 5, 2020. Image: SpaceX

In Friday's filing, SpaceX has requested the FCC to grant it the authority to broadcast and receive data from antennas located on the Starship prototype and for receiving data for the ones located downrange in Boca Chica, Texas. The temporary license period will start from the 11th of next month and end six months later in April next year. While it only takes SpaceX one day to test its prototypes, the company files requests six months due to the delay it takes the FCC to coordinate with federal users of the frequencies that the company uses for its test articles. And while the authority period starts from October, this is no guarantee that the hop might also take place in the same month – although SpaceX has sufficient motivation to expedite development process as quickly as it can.

The filing explicitly states that it relies on data from SpaceX's July application, which in turn had used data from a February application that had requested the FCC to grant the company the authority to conduct communication broadcasts for prototype hop and recovery. The February filing however did not mention the altitude of the test.

Taking into account Mr. Musk's statements made last month, one might be tempted to speculate that perhaps the request filed yesterday is for a test hop of the Starship Super Heavy booster. This is unlikely for two reasons, with the first being that SpaceX is unlikely to jump straight to a 20km hop for the booster, and the second being the launch frequencies that are listed in the FCC filing. These frequencies are in the same range as those for the Starship upper stage that SpaceX highlighted to the FCC in July, and are the strongest evidence that the company will conduct the critical medium-altitude hop of the upper stage and not the Super Heavy booster.

While Musk was eager to provide more details about the Super Heavy and state that his company would start constructing its first prototype last week, details for the booster are still scant. SpaceX intends for Starship to replace its Falcon lineup for all payloads, ferry astronauts to the lunar surface, conduct commercial passenger flights on Earth and land humans on Mars. For missions to the Moon and Mars, Starship will compete with NASA's Space Launch System which cleared an important first stage solid rocket booster test at the start of this month.