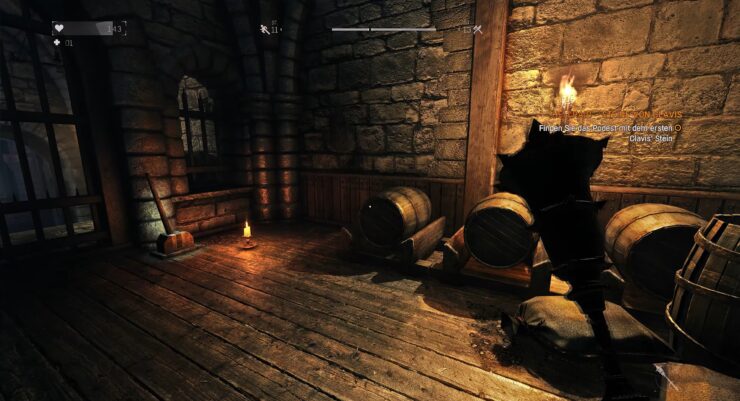 Dying Light - Hellraid may not be the best expansion put out by Techland for its popular game, but there's no denying that this different take on the Dying Light experience looks quite haunting.

A new modding showcase video shared by German modder Digital Dreams highlights how the game can look even more atmospheric with the Beyond all Limits Ray Tracing preset created by the modder. You can check out the video right below.

Dying Light - Hellraid launched last year on PC and consoles, further expanding the experience created by Techland. Unfortunately, the expansion fails to reach the heights of the main game due to its lack of originality, as highlighted by Rosh in his review.

Dying Light is an incredibly fun, creative, and rewarding game that found new life in the tired zombie games that plagued most releases. It deserves the praise it accrued and the excitement for the sequel. Hellraid on the other hand feels like a melee-focused Doom clone that forgot about all the things that made Dying Light, and Doom, worth playing.

Dying Light - Hellraid is now available on PC, PlayStation 4, and Xbox One worldwide.

No one knows where the strange arcade machine came from. One day the residents of the Tower just found it in the basement after an odd power outage. They took it upstairs unaware that their find is a gateway to another realm. Shake up your Dying Light experience with an entirely new game mode based on Techland’s currently-on-hold first-person fantasy slasher Hellraid.

HACK THROUGH THE HORDES OF HELL

Step into a portal to leave the familiar streets of Harran behind and emerge in an otherworldly stronghold overrun by servants of Hell. Slay brand-new demonic enemies with medieval swords, axes, and hammers as you venture through stone corridors and dimly lit chambers.

Prove your skills in intense, rewarding runs through the demon-infested dungeon. Pick up bounties for additional prizes as you revisit the fortress. Improve your Hellraid rank to access new weapons you can also wield outside of the infernal realm.

RAID ALONE OR IN CO-OP

Take your chances alone or gather a party of up to 4 people and be certain Hell’s minions will always be ready for you. Prepare to face unholy forces matching your numbers and strength for a formidable challenge.