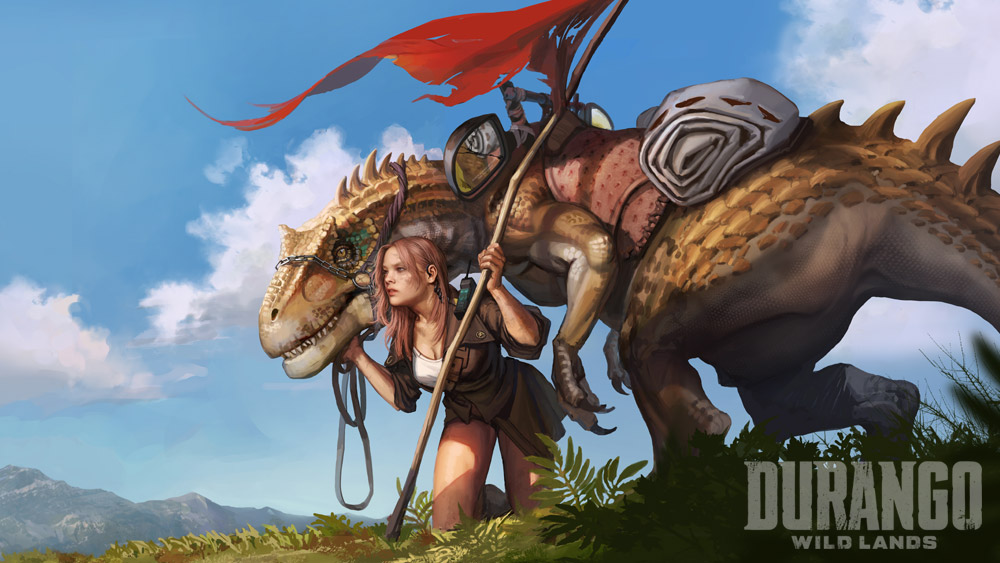 Last month, Korean developer Nexon announced that they'd launch their dinosaur-themed MMO—Durango: Wild Lands—globally. There was no release date mentioned at that time, but it looks like the game is all set for its international release today. Durango: Wild Lands is set in an alternate universe where humans live alongside dinosaurs. The title appears to have a lot of followers in the south-east Asian market, so it'll be interesting to see how it is received internationally.

After an unexplained spacetime distortion tears players from present-day Earth, players find themselves in a rich, primitive environment interspersed with modern day items from their previous world. This mysterious, persistently-evolving open world is full of diverse islands, each with vastly different environments and biomes, and a variety of valuable resources, tameable dinosaurs and hidden secrets waiting to be discovered. Players will learn how to live in this new world as they hunt, craft, cook, farm and build settlements. As players progress, they will evolve and grow from building crude tents on a personal island to developing sprawling settlements with other players around the world. Here are some in-game screenshots:

Eunseok Yi, Game Director of What! Studio had the following to say about the title "When we set out to create Durango: Wild Lands we wanted to build a fun and thrilling world with surprises around every corner and over the next hill. This massive open world is alive and ready for players to establish their footprint, tame fearsome dinosaurs and evolve their characters and settlement together with their friends"

Durango: Wild Lands is now available to explore as a free download on the Apple App Store and for Android devices on Google Play. And yes, there are in-app purchases, but that's pretty much 'industry standard' for all MMOs now. The game looks promising and isn't your garden variety MMO where everything is automated. Do give this a try if you're into MMOs.