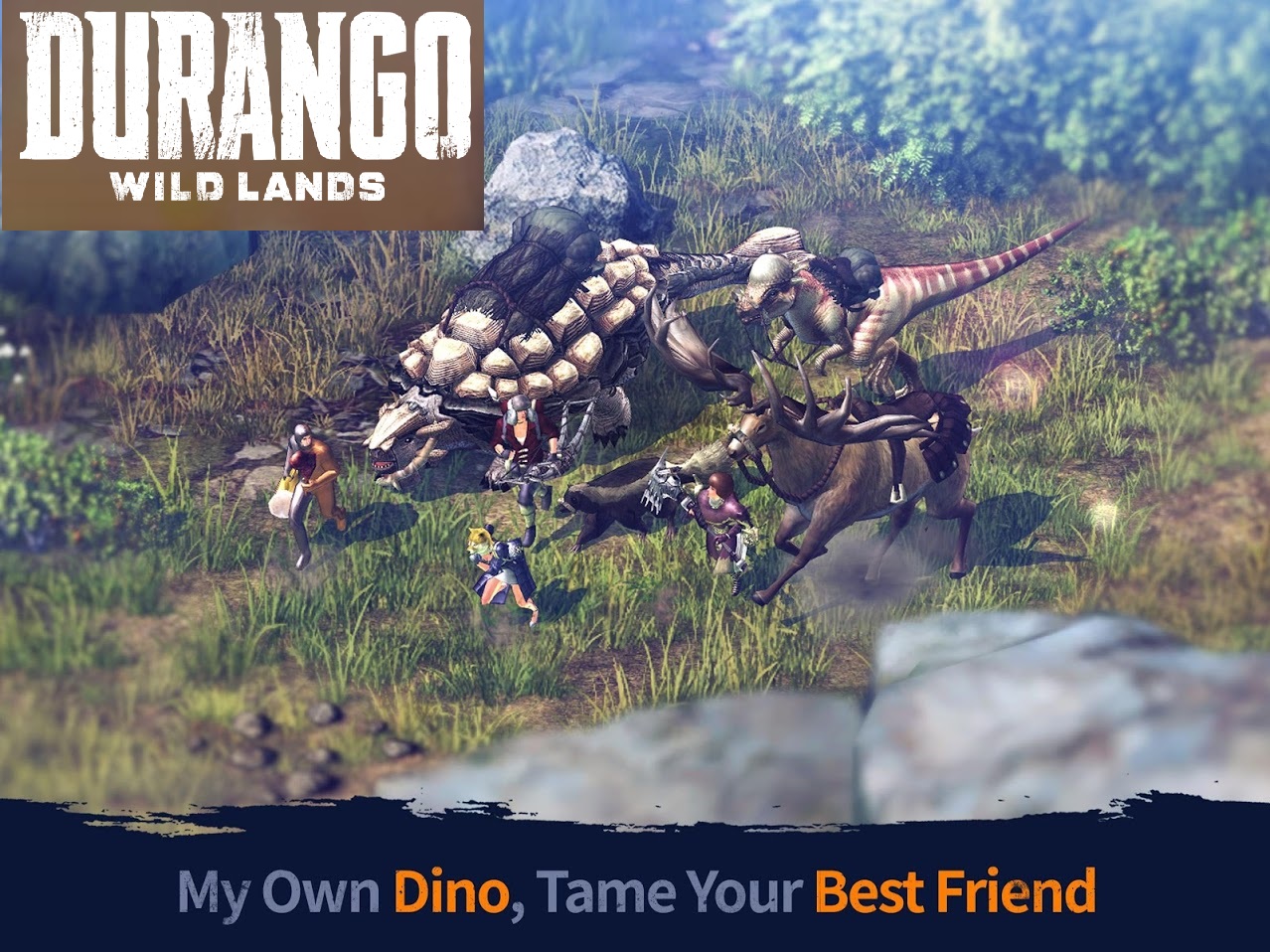 Korean-Japenese game publisher Nexon has announced that pre-registration for its upcoming dino-themed mobile MMO; Durango: Wild Lands. The game is set in an alternate universe where humans live alongside dinosaurs. Players have to survive the uncharted and unforgiving land is to explore, compete and band together to build a functional society. Durango: Wild Lands features an open world environment. Activities such as crafting, cooking, farming, sewing, gathering and taming wild dinosaurs are essential for survival.

Players will need to establish settlements by seeking islands and look for resources in the wilderness. You will be required to partner up with players from adjacent settlements to improve your chance of survival. The game is available on Google Play or the Durango website. Once you sign you, you'll get the following rewards to sign up and will later "earn exclusive in-game rewards and items at launch". The only confirmation of a release date provided is "later this year".

Judging by the YouTube comments and the contents of their Facebook page (I know, I know), it looks like the game has been in beta for a while. The games appear to have a dedicated fan base that is excited about a global release, but the company isn't too keen on releasing the dates. Will this be another generic mobile RPG where everything gets done for you automatically? Probably. There is no word about IAPs and the likes, but when was the last time we saw a mobile game without one?