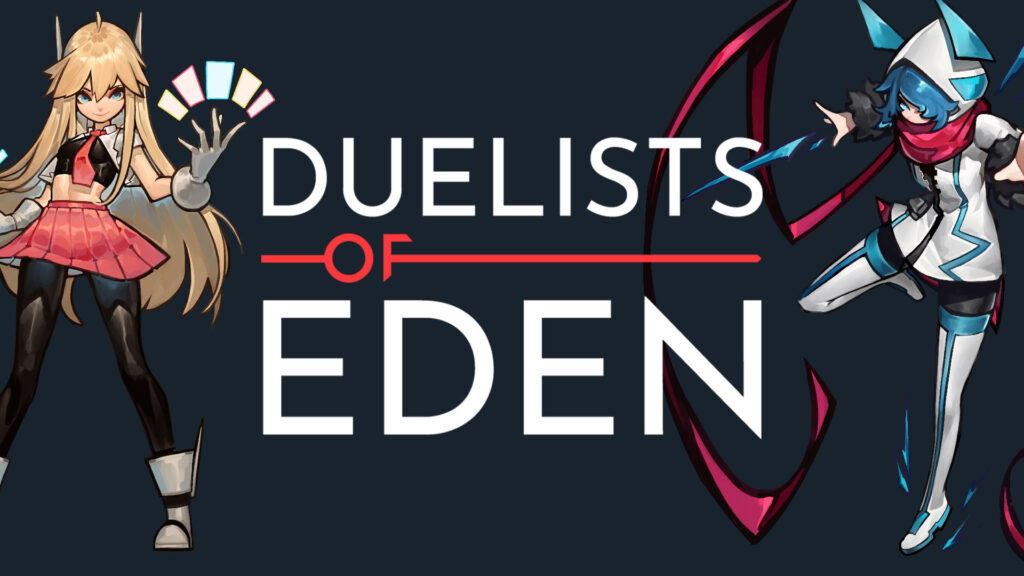 For those who enjoyed One Step from Eden's combat mechanics in a single-player environment, Thomas Moon Kang has announced a new game that will put those deck-building skills in a PvP format. This new game is called Duelists of Eden and it will use the combat mechanics from One Step From Eden and have players duke it out in deck-based combat.

You can watch the announcement/gameplay trailer below:

Duelists of Eden was built to support custom rollback netcode. Thus, it's guaranteed that players will have the smoothest experience possible while playing the game against other users online. The game will also have other features such as Tutorial, Replay, and Training Modes for players to hone their skills or look back at their matches to review their performance.

According to the steam page description, Duelists of Eden will allow players to fight in a mix of strategy and real-time action. Some players might find this game's playstyle to be similar to that of Mega Man Battle Network. Players have to collect cards and create their own combination of spells to take down the competition. They also will have to create combos on the fly and adapt to the opponent's spells and the scenario the battle is set in.

The game is planned to launch on Steam in 2022. According to a statement found on the Duelists of Eden Website, the game may be free to play in the future but it will not be pay to win. The game is currently in pre-alpha testing with a beta planned for a date that's yet to be announced.