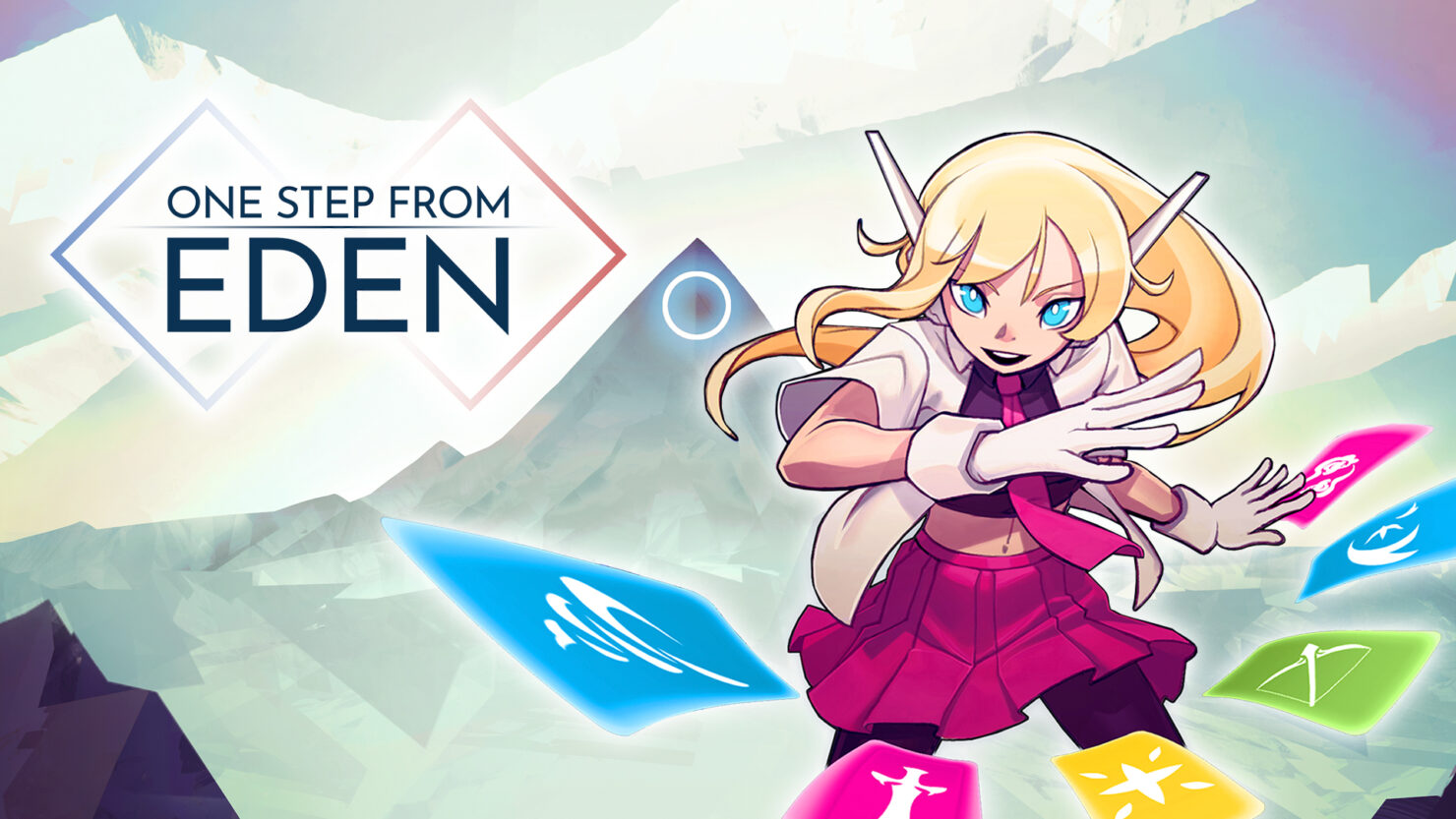 Humble Bundle had another surprise in store for players tuning into Sunday's game announcements: a new platform for One Step From Eden along with a same-day launch. Lauded for its fusion of Slay the Spire's roguelike deck building with Mega Man Battle Network's combat system, One Step From Eden launched earlier this year to positive acclaim. Now, Thomas Moon Kang's genre-bending battler is available on a new platform of gaming.

Eden is the last shining beacon of hope in a bleak post-war world.

One Step from Eden combines strategic deck-building and real-time action with rogue-like elements, allowing your character the chance to carve a path of mercy or destruction.

Fight alone or with a friend in co-op as you cast powerful spells on the fly, battle evolving enemies, and collect game-changing artifacts. Can you make it to Eden or will your destruction be imminent?

One Step From Eden has been on my personal wishlist of titles to check out for some time. For fans that want a hefty amount of content to their roguelike adventures, there are nine characters to play as (most being unlockable, of course), and 200+ spells along with 100+ items to customize your deck with. Both local co-op and PvP are also available for those that want to experience One Step From Eden along with a friend. Online is unfortunately not available on PlayStation 4 (I have not received confirmation if PS4 Share Play is enabled for One Step From Eden as of this posting), but if you are interested in trying out the PC version, both Steam Remote Play and Parsec are available as alternative methods.

One Step From Eden is now available on PlayStation 4 for $19.99 and previously available on Nintendo Switch and PC with an Overwhelmingly Positive rating on Steam.