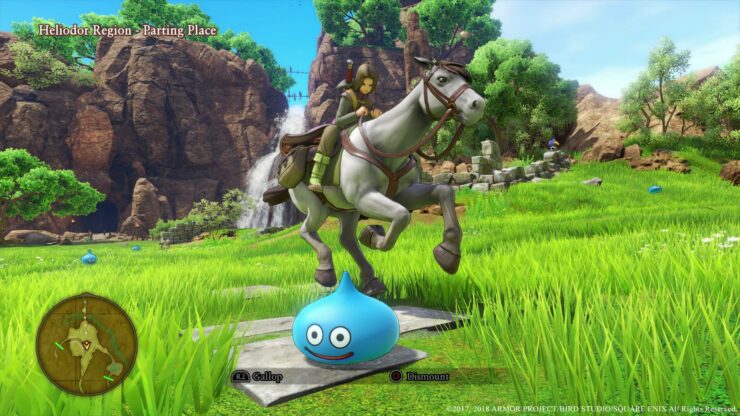 A couple new screenshots have been released for Dragon Quest XI, the upcoming new entry in the series launching on PC and PlayStation 4 this September and later on Nintendo Switch.

Dragon Quest XI will mark the series' debut on PC, and this version of the game will not be a straight port of the PlayStation 4 release, as it will come with features not found in the console release such as native 4K support and more. Having learned from other consoles to PC port, like Nier Automata, the team is making sure to not make the same mistakes again.

We’re in close contact with one another on a daily basis, and so everything that the Nier experienced has been shared with our team. I’ve been informed of the struggles that Nier had with deploying some of the updates. Right now we are aware of certain points that we should look for when we do release Dragon Quest XI for Steam.

Dragon Quest XI launches on PC and PlayStation 4 this September. The game will release at a later time on Nintendo Switch.