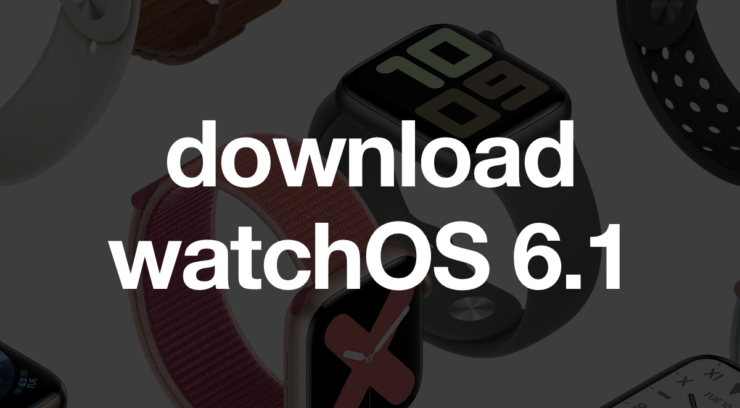 Users Can Download watchOS 6.1 Final Right Now with Support for AirPods Pro and Other New Features

watchOS 6.1 has been in Apple's lab for testing for quite a while now. And with AirPods Pro announced and available for everyone on the 30th of October, Apple Watch users can download watchOS 6.1 final version right now with full support for the newly released earphones. Here are the release notes by Apple: 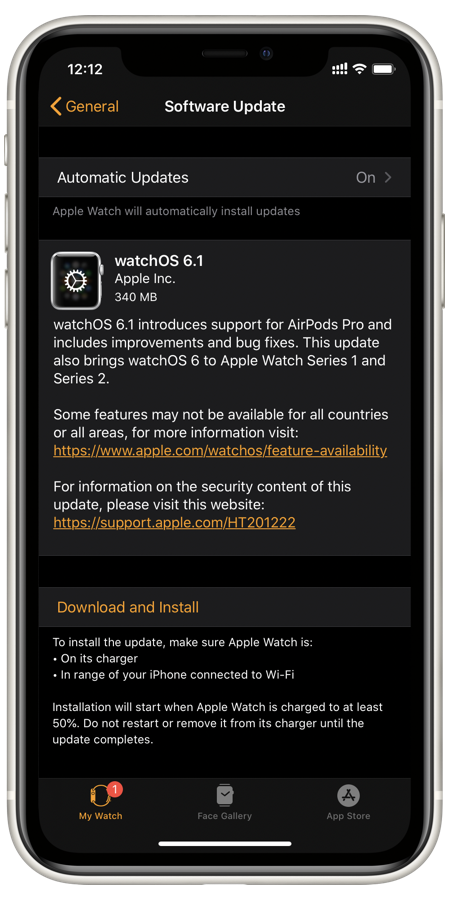 With that out of the way, it's probably a good idea that you go ahead and download watchOS 6.1 right away. Even if you don't plan on buying AirPods Pro, it's always handy to have new software that is packed with bug fixes and performance related enhancements.

In order to download watchOS 6.1 over the air, simply place your Apple Watch on its magnetic charger first. Now launch the Watch app on your iPhone, then navigate to General > Software Update. Once you see the new update, tap on the Download and Install button. Remember, if you have an iPhone that is running iOS 12 or earlier then you cannot download watchOS 6.1 at all. You must be running iOS 13 in order to grab the latest version of the software for your wearable. I know that sounds like a huge turnoff but that's how things are.

If you are planning on buying the AirPods Pro in the foreseeable future, or maybe immediately if you are a true fanboy, then you must update all your devices to the latest version of Apple's software in order to take advantage of Apple's new earphones. Also keep in mind that even if you don't have an iPhone, iPad, iPod touch, Apple Watch, Mac or Apple TV with you, you can still buy the AirPods Pro and use them with something like a Windows PC or an Android phone. But obviously, don't expect every single feature to work out of the box.

If you have downloaded and installed watchOS 6.1 on your Apple Watch, then let us know in the comments section below what you think of the latest update. Has it improved performance on your Apple Watch? Has it ironed out the bugs which you have been facing in the past few weeks?