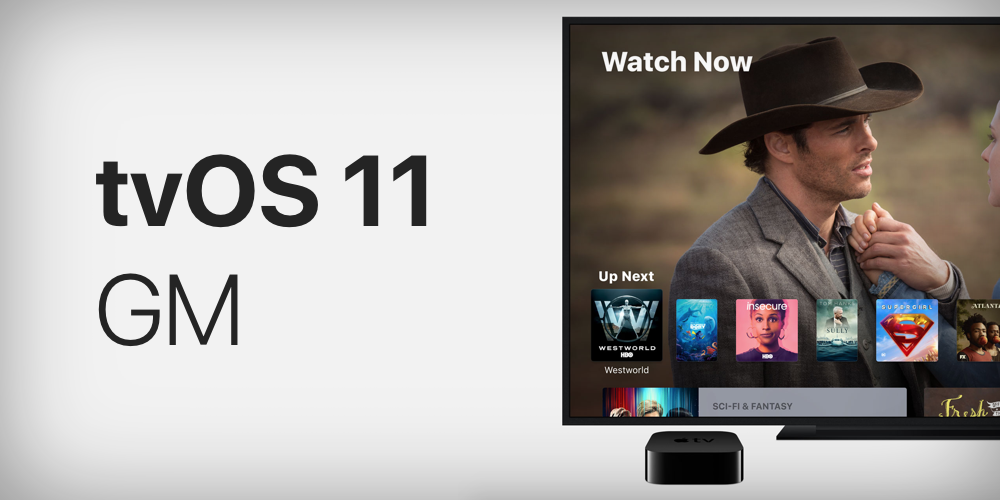 Apart from the announcement of the Apple TV 4K, the Cupertino giant has released tvOS 11 GM for developers and public beta testers.

On the software end, tvOS 11 turned out to be a subtle update. But for the new 4K-enabled Apple TV, it is a giant leap forward since it carries the necessary resources to drive 4K images on a TV. The software update is also available for current Apple TV 4 users as well. Therefore it’s highly recommended that you go ahead with the update process right away and see for yourself what Apple has been working on since the past few months.

Users can expect a ton of stability related improvements as well as new technologies that puts Apple’s TV platform in line with mobile and desktop both. Basically, if you are an Apple TV user and love consuming content on the big screen, then this update is something which you just shouldn’t miss in any case.

tvOS 11 isn’t a drastic update on the features end by any means, and one might hope for big changes, but it seems that Apple has denied our wishes this year at least. Maybe next year Apple would push the throttle to the maximum and bring forth a radical new user experience, complete with a brand new UI and other elements.

Till the rollout of the final version of tvOS 11, which is due to happen later this year, it’s best to update your Apple TV to the latest GM build without giving it a second thought. After all, if you were experiencing any sort of performance hiccups, this release should solve it for good.

The story doesn’t end here at all. Subsequent releases of the software ensure things are running nice and smoothly for everyone. Hence make sure you are always on the latest version of the software no matter what. Until or unless you have your solid reasons for holding back for a while or indefinitely.

Whatever the case might be, you really wouldn’t want to miss the wonders of the brand new software which Apple has been working on for a while. It’s a great way to bring some life back into your hardware’s life, provided things were getting a little stale.