You can now download Pangu 9 1.1 iOS 9 - 9.0.2 jailbreak tool right away. The tool brings with it a host of bug fixes and enhancements. 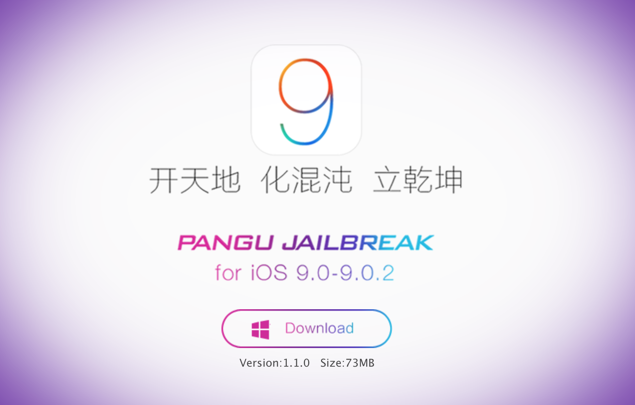 Pangu 9 took everyone by surprise as the team behind it didn't even drop a teaser before making the famed iOS 9 - 9.0.2 jailbreak tool public. The Pangu Team is even working swiftly day and night to churn out new updates, making sure that the jailbreak process is as smooth as possible for users around the globe. Today, the team has released Pangu 9 1.1 and it fixes a whole host of issues which users might have been encountering since day one of the release.

The complete changelog of the update as per Pangu's official website is as follows:

1. Improve the success rate and reliability of jailbreak program for 64bit devices

2. Optimize backup process and improve jailbreak speed, and fix an issue that leads to fail to jailbreak due to low disk space in Windows.

3. Fix a bug that leads to an exit of the jailbreak tool due to abnormal network status.

4. Add the re-jailbreak function (only for some devices that were upgraded via iTunes but were detected as jailbroken)5. Fix a bug that leads to fail to use the instrument function in Xcode.

Notice: please update Pangu 9.0.x in Cydia if your device is already jailbroken, without the need to re-jailbreak it

If your device is already jailbroken and the process went through without any sort of incident, then the Pangu Team recommends that you head over to Cydia right now and update the Pangu 9.0.x untether package to reap the benefits of this release. After all, the untether package fixes a lot of known lurking issues.

If you're jailbreaking for the first time, then it's highly recommended that you carry out the entire process using the new and updated version of Pangu 9 which you can download from this link.

Once you've downloaded the Pangu 9 1.1 tool, be sure to follow our jailbreak guides for iOS 9 - 9.0.2 which we have linked below:

We can't emphasize more on the fact that users should perform a fresh install of iOS 9.x before they go ahead with the jailbreak process, as an OTA is known to cause a quite of bit of problems. Also make sure that you backup your device properly before going any further.